Posted on February 11, 2020 by climatechangefork

As I described last week, I participated in my college’s “We Stand Against Hate” series. While my talk commemorated International Holocaust Day, I didn’t speak directly about anti-Semitism. Instead, I focused on my experiences in the Holocaust and the connections that I have made between that horrible event and the eventualities of climate change under business as usual practices. I included my encounters with both Holocaust and climate change deniers.

I also showed some of the anti-Semitic caricatures that I received in my mailbox at the university (see my December 3, 2019 blog) and talked of British climate activist Roger Hallam’s alleged belittling of the Holocaust experience in comparison to the dangers we can expect from unmitigated climate change. 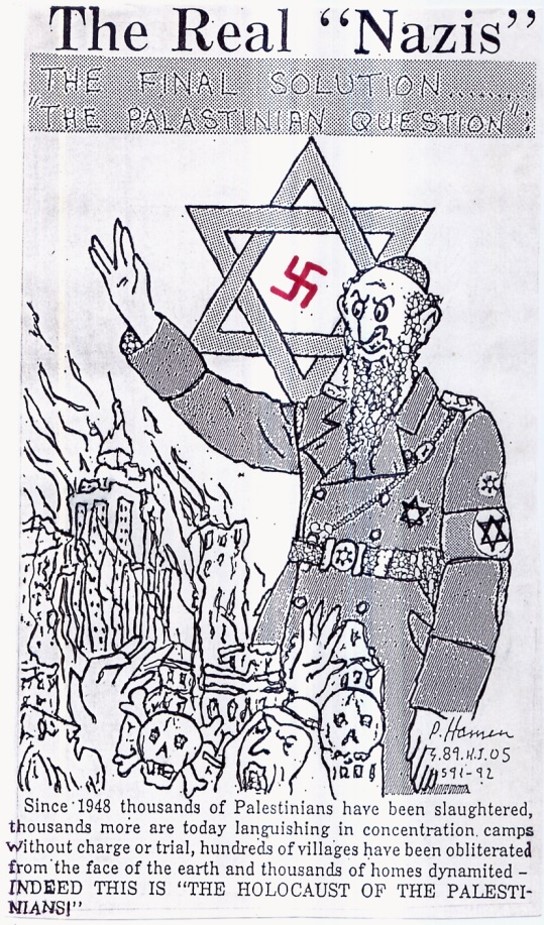 One of the anti-Semitic cartoons I received in the mail

I talked to both my wife and the college president’s chief of staff when I was first considering using the caricatures in my talk. Both objected to the inclusion. My wife protested because she saw them as irrelevant to the talk; the chief of staff thought that the writing at the bottom would be unreadable. In the end, I kept them in regardless.

One of my colleagues in the Chemistry Department emailed me an Atlantic article by Walter Reich that came out the same day as my talk. I have emphasized the segment below that addresses the conflation of anti-Jewish sentiments with objections to Israel’s policies toward Palestinians.

On January 27, 1945, Soviet troops liberated Auschwitz. The date is now consecrated as International Holocaust Remembrance Day, as the world vowed never to allow murderous anti-Semitism to recur. Yet 75 years later, attacking Jews has once again become socially acceptable in many countries—across the left-right ideological spectrum, and among different groups that blame Jews for their grievances and oppression.

The recent eruptions of anti- Semitism in America have awakened us to a prejudice that has long resided, in quiet ways and in many forms, in this country. And the part of it that now disguises itself as anti-Zionism—hatred of the Jewish state that was established in the wake of the Holocaust as a refuge for Jews—has even seemed, to some, virtuous, a sentiment they believe puts them in humanity’s moral vanguard.

And anti-Semitism has returned, in part, because the general public’s knowledge about the Holocaust— of what exactly it was, who exactly was murdered in it, how many were killed, and how anti-Semitism spawned it—has diminished. For a time, that knowledge discredited anti-Semitism and those who indulged in it. But the passing of survivors who experienced the Holocaust and could testify to it, the denial and minimization of the Holocaust, and the hijacking of the word itself to advance numerous other causes, great and small, all combined to diminish its memory. The horrifying knowledge of where anti-Semitism can lead has been, in large measure, lost in a miasma of forgetting, ignorance, denial, confusion, appropriation, and obfuscation.

Indeed, the writing at the bottom of the cartoon above talks about the suffering of the Palestinians. For me, however, the images sting much worse than the writing. They are based on old, anti-Semitic tropes and their message is clear: if the Nazis had finished their job and murdered all Jews, the Palestinian problem wouldn’t exist. That is anti-Semitism reduced to its essence.

Figures 1 and 2, compiled from Anti-Defamation League data, show some recent trends. Anti-Semitic incidents in the US are clearly on the rise, as is the anti-Semitic sentimentally within the Middle East and the North African countries. These clearly reflect the consequences of successfully equating anti-Jewish and anti-Israeli sentiments. 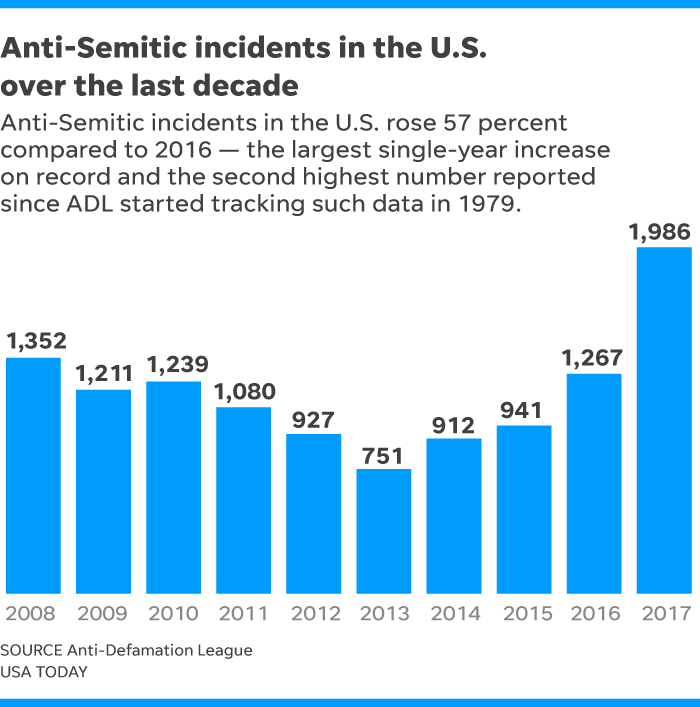 Figure 1 – Anti-Semitism within the US 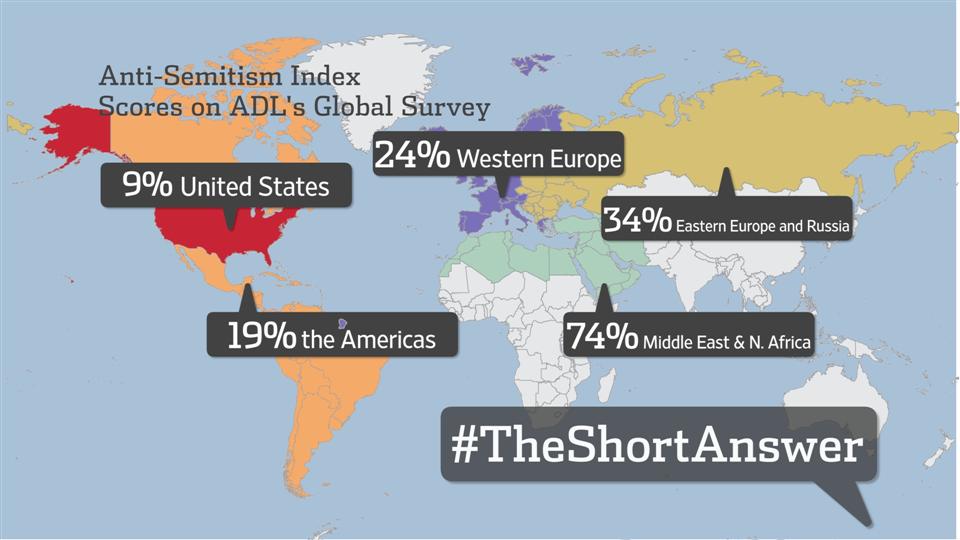 One can argue with the Anti-Defamation League’s definition of anti-Semitism; it is, itself, a Jewish organization. However, it is much more difficult to argue with the statement that the cartoons make about people of my background.

Micha Tomkiewicz, Ph.D., is a professor of physics in the Department of Physics, Brooklyn College, the City University of New York. He is also a professor of physics and chemistry in the School for Graduate Studies of the City University of New York. In addition, he is the founding-director of the Environmental Studies Program at Brooklyn College as well as director of the Electrochemistry Institute at that same institution.
View all posts by climatechangefork →
This entry was posted in Holocaust and tagged ADL, Anti-Defamation League, anti-semitic, anti-Semitism, anti-Zionism, Climate Change, Climate Change Denial, climate change denier, denier, discrimination, Holocaust denier, Israel, Jew, Jewish, Palestine, prejudice. Bookmark the permalink.