Posted on November 28, 2017 by climatechangefork

Last week I discussed some issues in terms of psychology of judgement and decision making; I feel that they need some clarification and expansion.

I looked at how highly educated Democrats and Republicans diverge sharply in their opinions about the extent to which human actions contribute to climate change. I explained the phenomenon through the concept of “following the herd.” That is, since we are unwilling/unable to learn all the details of a complicated issue such as climate change, we choose instead to follow the opinions of the people that we trust – in this case the leadership of the political parties. But we don’t ask ourselves how those people in power form their own opinions.

The second unsettled issue that came out of last week’s blog is how we apply “loss aversion” to climate change. In other words, while there is a strong probability that if climate change is left unchecked we will lose big money in attempts to mitigate the damage it causes – yet many of us choose to ignore that inevitability.

Some of our understanding of this dichotomy traces back to the 19th Century American philosopher and psychologist William James, who pioneered biological psychology – the mind-body phenomenon:

One of the more enduring ideas in psychology, dating back to the time of William James a little more than a century ago, is the notion that human behavior is not the product of a single process, but rather reflects the interaction of different specialized subsystems. These systems, the idea goes, usually interact seamlessly to determine behavior, but at times they may compete. The end result is that the brain sometimes argues with itself, as these distinct systems come to different conclusions about what we should do.

The major distinction responsible for these internal disagreements is the one between automatic and controlled processes. System 1 is generally automatic, affective and heuristic-based, which means that it relies on mental “shortcuts.” It quickly proposes intuitive answers to problems as they arise. System 2, which corresponds closely with controlled processes, is slow, effortful, conscious, rule-based and also can be employed to monitor the quality of the answer provided by System 1. If it’s convinced that our intuition is wrong, then it’s capable of correcting or overriding the automatic judgments 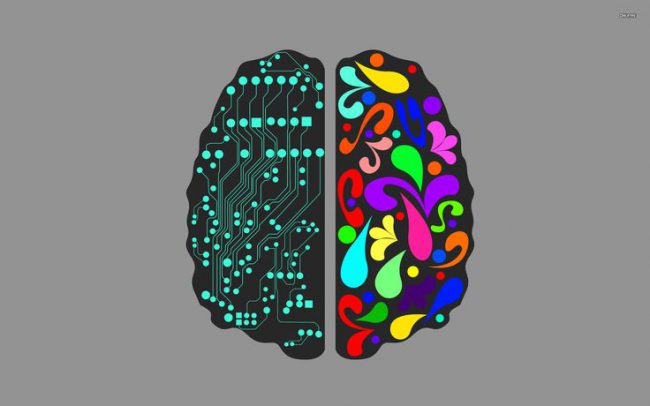 In the 1960s two Israeli psychologists, Daniel Kahneman and Amos Tversky, started an intellectual journey to establish the boundaries of human rationality. They had to account for the fact that if humans evolved from other species, those ancestral species are known for their instinctive survival reflexes rather than their rationality. Kahneman and Tversky expanded upon the distinction made above. They reasoned that human thinking is based on two brain activities, located in different parts of the brain: the automatic and the rational brains, which Kahneman labeled Intuition (System 1) and Reasoning (System 2):

Daniel Kahneman provided further interpretation by differentiating the two styles of processing more, calling them intuition and reasoning in 2003. Intuition (or system 1), similar to associative reasoning, was determined to be fast and automatic, usually with strong emotional bonds included in the reasoning process. Kahneman said that this kind of reasoning was based on formed habits and very difficult to change or manipulate. Reasoning (or system 2) was slower and much more volatile, being subject to conscious judgments and attitudes.[8]

Kahneman and Tversky’s efforts quickly spread to many other areas including economics and health care. Daniel Kahneman was recognized with the 2002 Nobel Prize in Economics (Amos Tversky passed away in 1996) and this year’s Economics Prize was given to Richard Thaler, one of the earliest practitioners to apply this work to the field of economics. Both Daniel Kahneman and Richard Thaler have written books on their efforts, targeted to the general public. As part of that general public, I read the books cover to cover. Kahneman’s book is called Thinking Fast and Slow (Farrar, Straus and Giroux s – 2011) and Thaler’s book with Cass Sunstein is titled Nudge (Yale University Press – 2008). Both books are best-sellers.  There’s also a new book by Michael Lewis about Tversky and Kahneman’s careers together: The Undoing Project (W.W. Norton – 2017). I searched all three books for direct references to climate change. Thaler and Sunstein’s book has a small chapter on environmental issues that I will summarize toward the end of the blog. Lewis’ book doesn’t have a searchable index and it’s been a few months since I read the book so it is difficult to tell specifics. Kahneman’s book has a searchable index but I didn’t find any directly relevant references there either.

I was fortunate to come across the transcript of a talk that Daniel Kahneman gave on April 18, 2017 to the Council on Foreign Relations. The meeting was presided over by Alan Murray, Chief Content Officer at Time magazine. At the conclusion of his talk Kahneman agreed to answer questions from the audience. Two of the questions directly referred to climate change:

Q: Hi. I’m Jack Rosenthal, retired from The New York Times. I wonder if you’d be willing to talk a bit about the undoing idea and whether it’s relevant in the extreme to things like climate denial.

KAHNEMAN: Well, I mean, the undoing idea, the Undoing Project, was something that I—well, it’s the name of a book that Michael Lewis wrote about Amos Tversky and me. But it originally was a project that I engaged in primarily. I’m trying to think about how do people construct alternatives to reality.

And my particular, my interest in this was prompted by tragedy in my family. A nephew in the Israeli air force was killed. And I was very struck by the fact that people kept saying “if only.” And that—and that “if only” has rules to it. We don’t just complete “if only” in any—every which way. There are certain things that you use. So I was interested in counterfactuals. And this is the Undoing Project. Climate denial, I think, is not necessarily related to the Undoing Project. It’s very powerful, clearly. You know, the anchors of the psychology of climate denial is elementary. It’s very basic. And it’s going to be extremely difficult to overcome.

MURRAY: When you say it’s elementary, can you elaborate a little bit?

MURRAY: Is that a general comment, or in the case of climate?

KAHNEMAN: I think it’s a general comment. I mean, there is—the correlation between attitude to gay marriage and belief in climate change is just too high to be explained by, you know.

KAHNEMAN: But other people—you know, they’re not everybody’s people. And so this, I think—that’s a very basic part of it. Where do beliefs come from? And the other part of it is that climate change is really the kind of threat for which—that we as humans have not evolved to cope with. It’s too distant. It’s too remote. It just is not the kind of urgent mobilizing thing. If there were a meteor, you know, coming to earth, even in 50 years, it would be completely differently. And that would be—people, you know, could imagine that. It would be concrete. It would be specific. You could mobilize humanity against the meteor. Climate change is different. And it’s much, much harder, I think.

Q: Nise Aghwa (ph) of Pace University. Even if you believe in evidence-based science, frequently, whether it’s in medicine, finance, or economics, the power of the tests are so weak that you have to rely on System 1, on your intuition, to make a decision. How do you bridge that gap?

KAHNEMAN: Well, you know, if a decision must be made, you’re going to make it on the best way—you know, in the best way possible. And under some time pressure, there’s no time for deliberation. You just must do, you know, what you can do. That happens a lot.

If there is time to reflect, then in many situations, even when the evidence is incomplete, reflection might pay off. But this is very specific. As I was saying earlier, there are domains where we can trust our intuitions, and there are domains where we really shouldn’t. And one of the problems is that we don’t know subjectively which is which. I mean, this is where some science and some knowledge has to come in from the outside.

MURRAY: But it did sound like you were saying earlier that the intuition works better in areas where you have a great deal of expertise..

KAHNEMAN: But we have powerful intuitions in other areas as well. And that’s the problem. The real problem—and we mentioned overconfidence earlier—is that our subjective confidence is not a very good indication of accuracy. I mean, that’s just empirically. When you look at the correlation between subjective confidence and accuracy, it is not sufficiently hard. And that creates a problem.

Kahneman clearly says that he doesn’t think people make up their minds about life based on science and facts – and that is especially true when it comes to climate change. He acknowledges how intuition and reason each play parts in the way we make decisions – sometimes to our own detriment.

The environmental chapter in Thaler’s and Sunstein’s book, Nudge, “Saving the Planet,” looks at climate change as well as how we can shape our own minds and others’. The authors explore the possibility that a few well-thought-out nudges and better architectural choices might reduce greenhouse gases. There is a separate chapter about the different meanings of architectural choices as well. Here is the key paragraph that explains the concept:

If you indirectly influence the choices other people make, you are a choice architect. And since the choices you are influencing are going to be made by humans, you will want your architecture to reflect a good understanding of how humans behave. In particular, you will want to ensure that the Automatic System doesn’t get all confused.

The book emphasizes well-designed free choices that the authors refer to as a perspective of Libertarian Paternalism, as contrasted with regulation (command and control) – the prevailing approach to environmental government activities. Thaler and Sunstein mention Garret Hardin’s article, “Tragedy of the Commons,” (see explanations and examples in July 2, 2012 blog), which points out that people don’t get feedback on the environmental harm that they inflict. They say that governments need to align incentives.  They discuss two kinds of incentives: taxes (negative – we want to avoid them) and cap-and-trade (see November 10, 2015 blog) (positive – we want to maximize profits). The book offers some pointers on how to account for the fact that players are humans: redistribute the revenues that you get either from cap-and-trade or carbon taxes and provide feedback to consumers about the damage that the polluters impose. One example the authors use to illustrate the effectiveness of such nudges the mandatory messages about the risks of cigarettes smoking. They also recommend trying find ways to incorporate personal energy audits into the choices that people make.