Coronavirus Impacts on the Energy Transition

Posted on June 2, 2020 by climatechangefork

What impacts will the COVID-19 pandemic have on the longer-term climate change disaster? I’ll begin to address this topic here, starting with some observations, and expand upon it with some suggestions in future blogs. Throughout my more than 8 years of running this blog, I have emphasized the global energy transition, I have aimed to apply a variety of strategies to maximize economic performance while minimizing the impact of energy use on the climate. Understanding COVID-19’s impacts on the energy transition will benefit all of us in our quest to optimize future prospects.

The pandemic started in Wuhan, China, reaching its first peak around the end of January. The first cases were reported toward the end of December 2019, and the virus was identified on January 7th. By January 23rd, the city of Wuhan went into complete lockdown; the rest of China followed shortly. 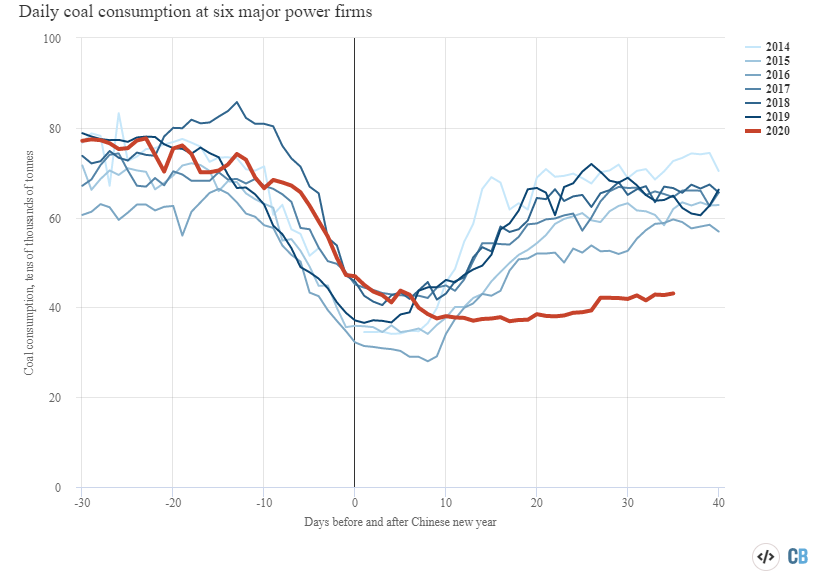 As the virus spread around the world, lockdowns followed—and with them, a sharp decrease in energy use. More than 80% of the world’s energy still originates in fossil fuels. Figure 2 shows estimated global carbon emissions as they reflect the growth of the pandemic.

By the same token, since the pandemic is self-terminating, either through herd immunity or effective vaccine, it doesn’t take a rocket scientist to predict that once the pandemic runs its course, energy use and resulting carbon emissions will return to pre-pandemic levels. In the meantime, though, we can enjoy a clear view of the Himalayas from New Delhi and a much cleaner sky almost everywhere on Earth.

However, one of the coronavirus’ direct impacts on energy use will probably be longer lived. This has to do with our use of electricity. Most of us, locked in and forced to do our work remotely, cannot escape the need for more electricity. Almost everything that we do at home now requires it. As I’ve mentioned in previous blogs (see October 22, 2019), electricity is a secondary energy form. In most cases, that requires conversion from a primary energy source, many of which originate with fossil fuels and emit a lot of carbon dioxide. The conversion efficiency from primary energy to electricity is a little more than  30%. We can see this difference directly by comparing the price of a unit of energy derived from electricity to one derived directly from oil, natural gas or coal (think for example, heating a room). We pay about three times more for the energy coming from electricity than that from direct fuel.

Doing everything from home, especially during the summer, when the air-conditioners, TV, and all of our computers are constantly on, increases the amount of electricity that we use significantly. However, we mustn’t forget the piece that we have just cut out of the picture: our workplaces. Those extra buildings require even more electricity. 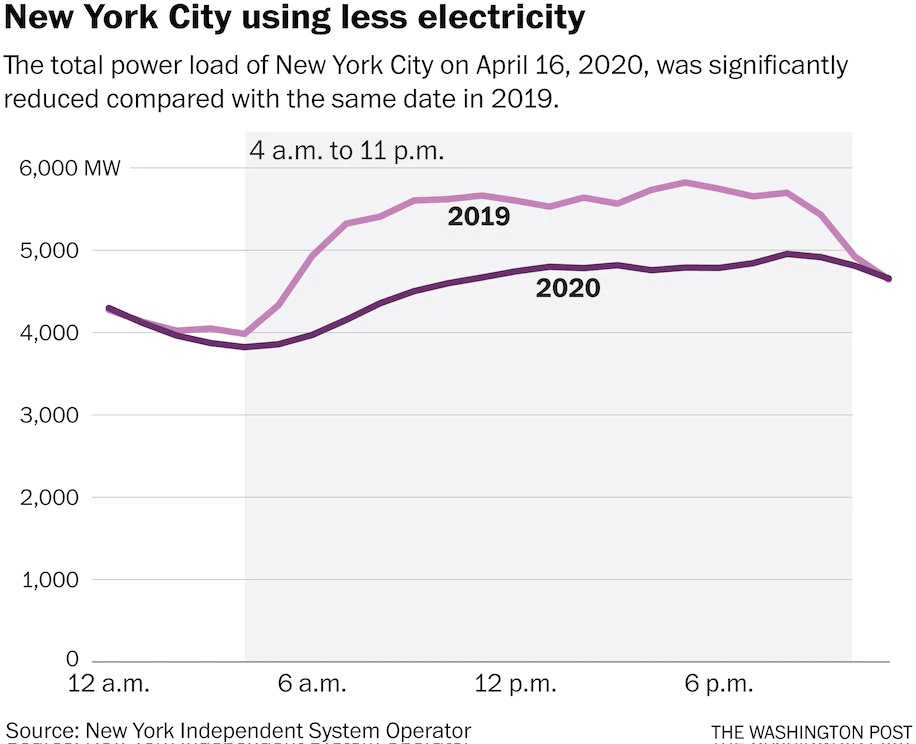 We see a clear decline in electricity use. Every indication suggests that some of this result from an increase in the amount of work that we can perform remotely from home. That’s a factor that may well become permanent once the pandemic runs its course. This transition will probably leave other major imprints on our energy use. I will address some of the more extreme consequences of some of these developments next week.

Micha Tomkiewicz, Ph.D., is a professor of physics in the Department of Physics, Brooklyn College, the City University of New York. He is also a professor of physics and chemistry in the School for Graduate Studies of the City University of New York. In addition, he is the founding-director of the Environmental Studies Program at Brooklyn College as well as director of the Electrochemistry Institute at that same institution.
View all posts by climatechangefork →
This entry was posted in Electricity, Energy, Sustainability, US and tagged carbon dioxide, carbon emissions, China, Climate Change, CO2, Coal, consumption, coronavirus, COVID 19, Economics, Electricity, Energy, energy transition, Fossil Fuels, Future, lockdown, pandemic, power plant, virus, Wuhan. Bookmark the permalink.

1 Response to Coronavirus Impacts on the Energy Transition