Can we Advance the Transition to a More Sustainable Future?

Posted on August 23, 2022 by climatechangefork

Where are we now and how can we advance or accelerate the energy transition to a more sustainable future?

I am now in Europe, and this is the last blog that I wrote before I left. In fact, I started to write this on Tuesday, July 26th. Figure 1 summarizes where we are in the transition to net-zero carbon sourcing for our energy supply; Figure 2 summarizes the state of the transition to a reduction in carbon emissions by developed countries or entities. Figure 1 shows that in terms of commitments to net-zero carbon emissions, we are still globally in the “word” stage: we are talking about it but have not committed to action. Most of us have made promises—some as oral declarations (words), some in document form. None of us has yet achieved (on a country basis) net-zero carbon emissions in our energy supply and only 14% of the countries on Earth have included such a commitment in their laws. 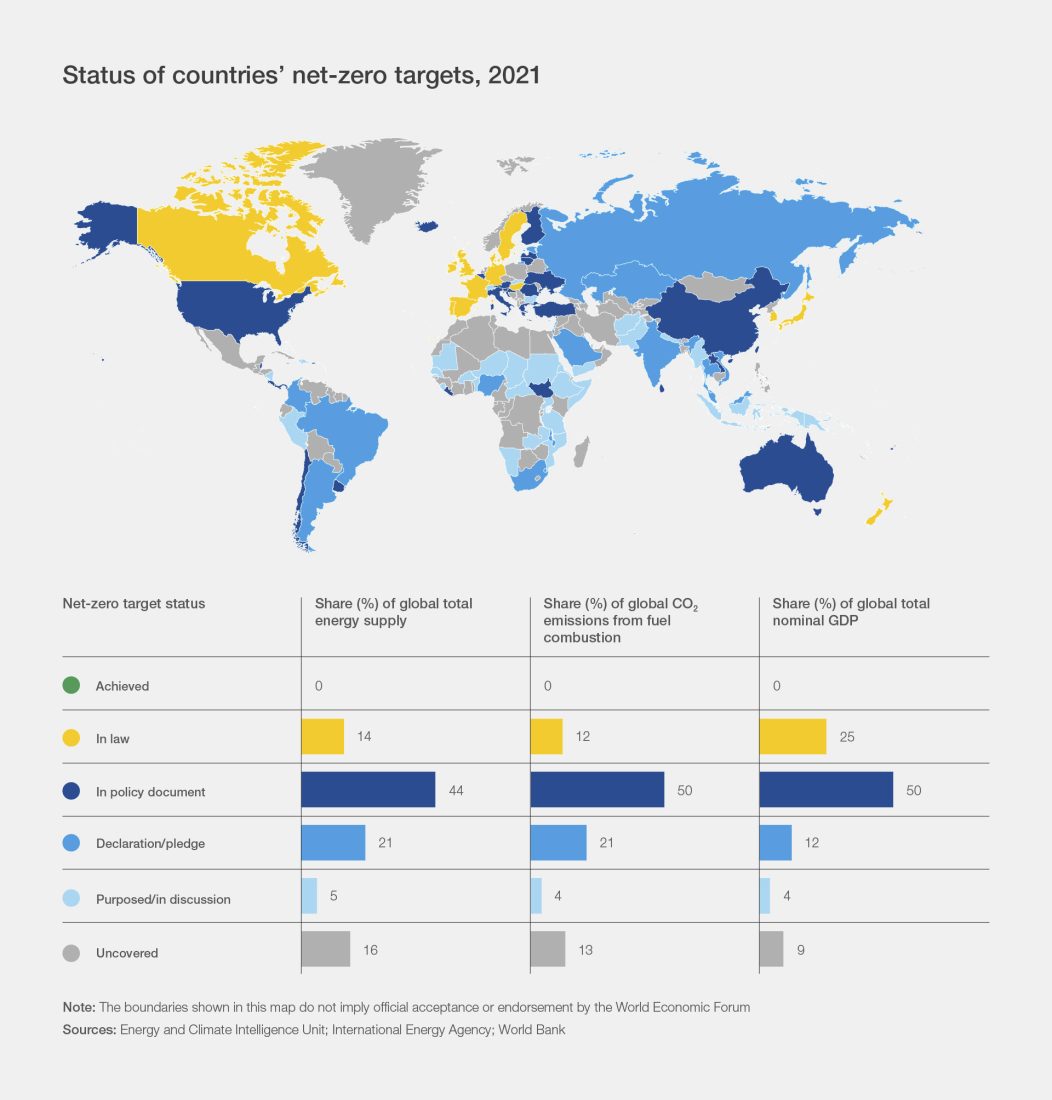 Figure 2, on the other hand, shows the progress/setbacks in actually reducing emissions from 1990 to 2019. The population and GDP of all five “entities” (the EU is not a country) grew over this period, however, only the emissions of the EU significantly decreased over this period. Those of Japan and the US didn’t change but those of Canada and Australia increased considerably. 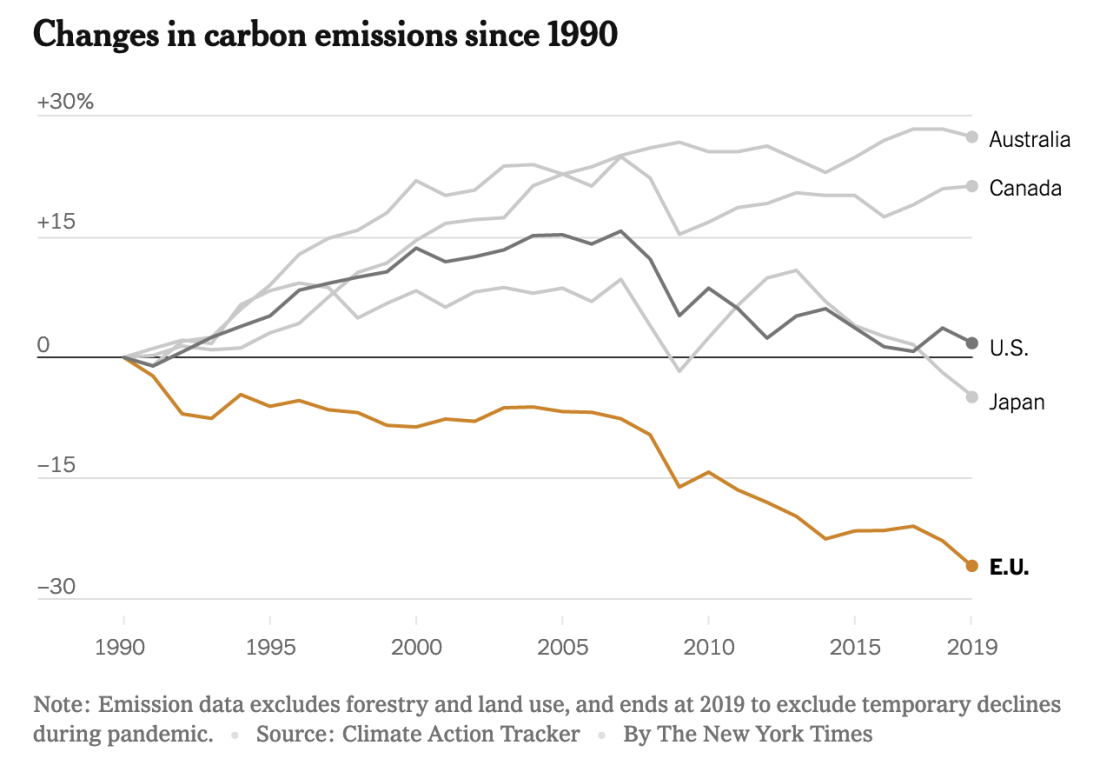 What can we do to accelerate the transition?

One obvious obstacle that the transition faces is that energy is not only about emissions, but also (or mainly) about availability, including resilience to shortages. Just look at the Venn diagram in the August 4, 2020 blog. For instance, the Russian invasion of Ukraine makes resilience a major consideration because people need energy and the war stands in the way of the energy transition to non-carbon sources. Energy resilience is now a much bigger issue for Europe than it is for the US because of Europe’s larger dependence on energy imports from Russia (see February 8, 2022 blog).

Psychology might be of help here. The classical definition of climate change reads as follows:

Climate change refers to significant changes in global temperature, precipitation, wind patterns and other measures of climate that occur over several decades or longer.

Because of the four last words in this definition, attribution of weather events to climate change has become a big issue; the science is difficult to follow. We can use the example of trying to explain the threat of forest destruction to two-year-old kids:

Efforts to conserve the carbon stored in tropical forests would be enhanced by linking the work to the charismatic, threatened primates that live there, Oregon State University ecologists assert today in a paper published in the Proceedings of the National Academy of Sciences.

Most kids at this age don’t, as yet, conceptualize the forest but they do conceptualize lions, tigers, monkeys, and elephants, even if they have only seen them in the zoo. It is through that pathway that we can illustrate what’s going on.

Efforts to conserve the carbon stored in tropical forests would be enhanced by linking the work to the charismatic, threatened primates that live there, Oregon State University ecologists assert today in a paper published in the Proceedings of the National Academy of Sciences.

Integrating the concept of weather and climate with “observable” entities can help in mobilizing public opinion and accelerate the energy transition:

News outlets have long cited extreme weather events as examples of how greenhouse gas emissions affect the climate. In response, experts typically would emphasize the distinction between weather and climate, warning that any given hurricane or heat wave cannot be attributed to long-term changes in average temperatures. But it turns out that climatologists and meteorologists sometimes can establish such causal relationships.

“First of all, it’s important to highlight that every climate extreme weather event has multiple causes,” Friederike Otto, an Oxford University climate researcher associated with the World Weather Attribution (WWA) collaboration, told MIT Technology Review in 2020. “So the question of the role of climate change will never be a yes or no question. It will always be, ‘Did climate change make it more likely or less likely, or did climate change not play a role?’”

These may be difficult questions to answer but that comes with the territory: the future, as with all abstract thinking, always has a large degree of uncertainty.

Micha Tomkiewicz, Ph.D., is a professor of physics in the Department of Physics, Brooklyn College, the City University of New York. He is also a professor of physics and chemistry in the School for Graduate Studies of the City University of New York. In addition, he is the founding-director of the Environmental Studies Program at Brooklyn College as well as director of the Electrochemistry Institute at that same institution.
View all posts by climatechangefork →
This entry was posted in Climate Change, Electricity, Energy and tagged Australia, Canada, Carbon, carbon dioxide, climate, Climate Change, CO2, Emissions, Energy, energy transition, EU, Extreme Weather, Future, Japan, Russia, Ukraine, US, Weather. Bookmark the permalink.

2 Responses to Can we Advance the Transition to a More Sustainable Future?