Campus as a Lab Part 5: Learning from Global Efforts

Posted on October 4, 2022 by climatechangefork

As I mentioned in last week’s blog, NY Governor Kathy Hochul issued Executive Order 22 regarding environmental stewardship; it reflected the thinking that the state government should form an example of such stewardship for the rest of society. The title of this order made this point clear: “Leading By Example: Directing State Agencies to Adopt a Sustainability and Decarbonization Program.”

One of the reasons that I wrote that blog was to respond to an often-asked question that I am working to address in various forms: how to use the various global crises that we are currently facing to enrich the education of our students. This is the central premise of the “Campus as a Lab” concept that I have tried to cover in recent blogs and actively pursue in my own school. However, with our communication abilities, an elected official’s ability to use executive power to provide desired examples for others to follow should not be the only source of inspiration. Today’s blog gives some examples of focus areas of the “College as a Lab” that I mentioned in the last blog; these all relate to the global arena and most change is coming not through top-down commands, but rather via bottom-up movements, by necessity. 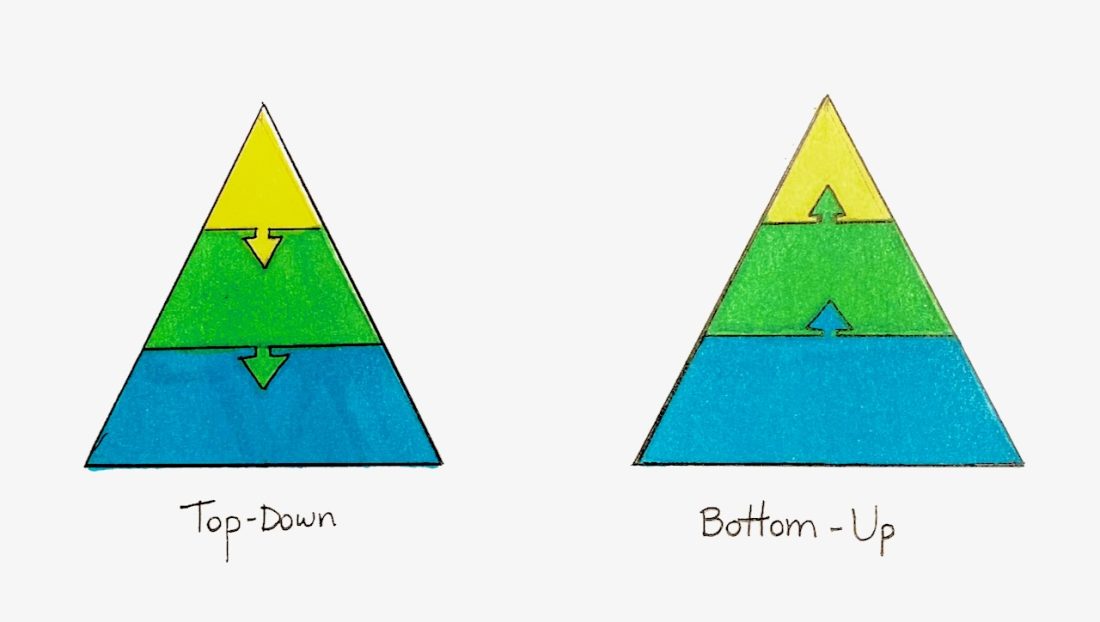 Decarbonization through reduction of energy intensity

Over the 10 years that I have been running this blog, I have repeatedly talked about the concept of working toward the decarbonization of the energy supply—primarily through reducing the amount of energy needed to run the same economic activity (see my June 28, 2022 blog, “Fighting Energy Use Top-Down vs. Bottom-Up”). Since the Russian invasion of Ukraine on February 24th, the need to reduce energy intensity as a counterweight to the Russian aggression has become a necessity, independent of the longer-term need for decarbonization. A good example of this comes from Germany, Europe’s largest economy:

Instead, these days he has the unpopular task of calculating which traffic lights to shut off, how to lower temperatures in offices and swimming pools — and perhaps, if it comes to it, pulling the plug on Bavarians’ beloved but energy-intensive breweries.

Municipal officials like Mr. Hübschle, the economic adviser to the provincial Bavarian city of Augsburg, sit on the front line of a geopolitical struggle with Russia since European Union leaders agreed this week to try to reduce natural gas consumption by 15 percent, fearing that President Vladimir V. Putin could cut exports in retaliation for Europe’s support for Ukraine.

Since energy prices are a global issue, an effort has been made to reduce them by increasing domestic energy supplies to replace that which usually comes from Russia. This has, among other things, forced the US to withdraw historic quantities of oil reserves from its emergency supply. Many of these consequences could be reduced by increasing the efficiency of our energy use:

Since Russia’s invasion of Ukraine, President Biden has overseen the largest sale of oil from the Strategic Petroleum Reserve ever, to ease prices at the gasoline pump.

Having released 160 million barrels of crude since March, more than a quarter of the stockpile, the Energy Department has reduced the reserve to its lowest level in four decades. Some oil experts say continuing the withdrawals could test the nation’s energy security.

But even though oil prices have fallen sharply from their peak, the administration is not ready to start refilling the reserve. Instead, rather than ending the releases in October as planned, it has decided to extend them, at a lower rate, for at least another month.

“It’s a risky policy,” said Kevin Book, managing director of ClearView Energy Partners, a consulting firm in Washington. “This policy can only last until the stockpiles are exhausted, and replenishing the stockpiles would take years.”

Reduced use of plastic through encouraging the use of sustainable alternatives

India, the largest developing country, is an excellent example of bottom-up efforts to reduce plastic use:

CHENNAI, India — Amul Vasudevan, a vegetable hawker in the southern Indian state of Tamil Nadu, thought she was going to go out of business.

The state had forbidden retailers to use disposable plastic bags, which were critical for her livelihood because they were so cheap. She could not afford to switch to selling her wares in reusable cloth bags.

Tamil Nadu was not the first state in India to try to curtail plastic pollution, but unlike others it was relentless in enforcing its law. Ms. Vasudevan was fined repeatedly for using throwaway bags.

Now, three years after the ban took effect, Ms. Vasudevan’s use of plastic bags has decreased by more than two-thirds; most of her customers bring cloth bags. Many streets in this state of more than 80 million people are largely free of plastic waste.

I am giving two examples of this focus activity, as it relates to the expansion of COVID-19 testing and the detection of other re-emerging pandemics.

The Covid-19 pandemic has turned sewage into gold.

People who are infected with the coronavirus shed the pathogen in their stool. By measuring and sequencing the viral material present in sewage, scientists can determine whether cases are rising in a particular area and which variants are circulating.

People excrete the virus even if they never seek testing or treatment. So wastewater surveillance has become a critical tool for keeping tabs on the virus, especially as Covid-19 testing has increasingly shifted to the home.

The institutions and localities that invested in wastewater surveillance over the last two years are discovering that it can be used to track other health threats, too. The Sewer Coronavirus Alert Network has already begun tracking the monkeypox virus in wastewater. And last week, New York City officials announced that polio had been detected in the city’s sewage.

In August, New York City officials said they had identified polio in the city’s wastewater. On Friday, state health officials announced that they had identified polio in 57 samples collected from wastewater in several downstate counties between May and August. The majority of the samples were collected in Rockland County, and 50 of them were genetically linked to the case of the Rockland resident.

Next week I will shift back to my local environment, as we continue to follow our efforts to implement “Campus as a Lab” at my school.

Micha Tomkiewicz, Ph.D., is a professor of physics in the Department of Physics, Brooklyn College, the City University of New York. He is also a professor of physics and chemistry in the School for Graduate Studies of the City University of New York. In addition, he is the founding-director of the Environmental Studies Program at Brooklyn College as well as director of the Electrochemistry Institute at that same institution.
View all posts by climatechangefork →
This entry was posted in Climate Change, Economics, Electricity, Energy, Russia/Ukraine, Sustainability. Bookmark the permalink.

1 Response to Campus as a Lab Part 5: Learning from Global Efforts