Posted on October 30, 2018 by climatechangefork 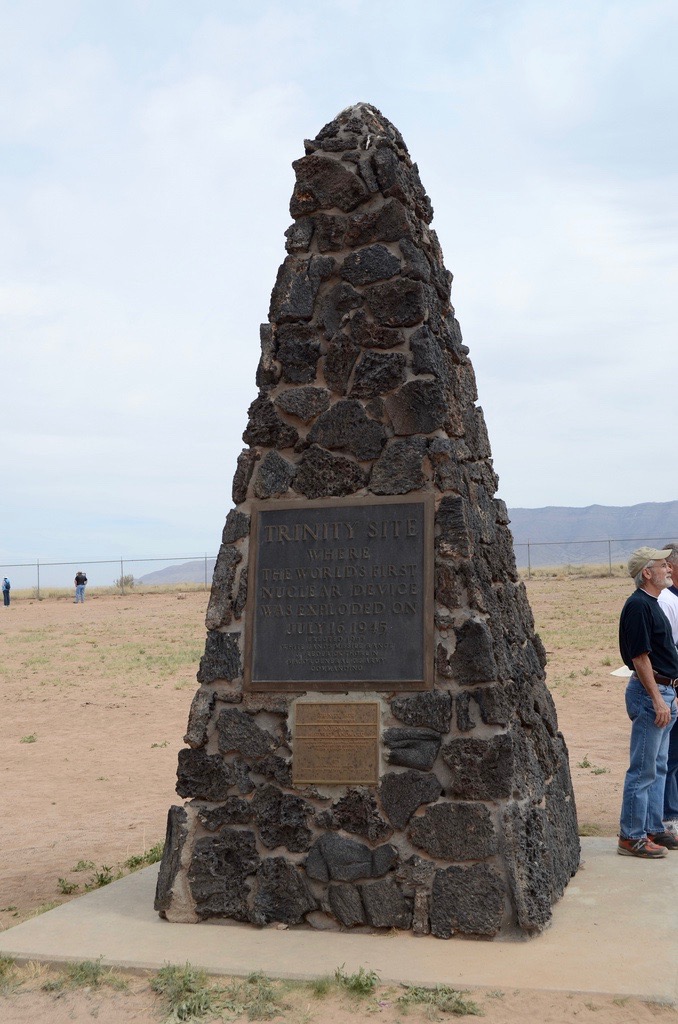 I went on a short vacation to southern New Mexico For Columbus Day weekend. Aside from the region’s great weather in this season, that was one of only two weekends per year when the Trinity site (see last week’s blog) is open to visitors. The photograph above shows the monument to the site of the first ever test of a nuclear weapon, performed on July 16, 1945. The site has now become a popular tourist attraction. The background radiation is about 10% higher than that of the rest of New Mexico; it’s considered to be safe so long as visitors limit their trips to one or two hours. Meanwhile, the background radiation in Hiroshima and Nagasaki today is about the same as the global average.

Table 1 shows the major anthropogenic changes in some of the most important global indicators. Most of the values in the table were taken from the World Bank database. Given a lack of prior data, I used the earliest dates I could find for the “early” column. But the general trends are obvious: we live in a time of major change.

Table 1 – Yardsticks for the global transition

It is difficult to identify, much less describe, the transitions between geological epochs. Experts are still attempting to figure out the details of the start of the Holocene and what distinguishes it from the preceding Pleistocene. The main tool for tracking the transition is carbon dating of various soil components:

Some of the best-preserved traces of the boundary are found in southern Scandinavia, where the transition from the latest glacial stage of the Pleistocene to the Holocene was accompanied by a marine transgression. These beds, south of Gothenburg, have been uplifted and are exposed at the surface. The boundary is dated around 10,300 ± 200 years BP (in radiocarbon years). This boundary marks the very beginning of warmer climates that occurred after the latest minor glacial advance in Scandinavia. This advance built the last Salpausselkä moraine, which corresponds in part to the Valders substage in North America. The subsequent warming trend was marked by the Finiglacial retreat in northern Scandinavia, the Ostendian (early Flandrian) marine transgression in northwestern Europe.

One of the fascinating aspects of this business is that the way we mark the boundaries of geological epochs is targeted at future generations. In geological time, we measure the future in thousands of years. These markers will remain for a long time in the form of changes in the composition of rocks and the nature of fossils. But who will be here thousands of years from now to witness these changes?

I have addressed this issue before (January 17, 2017 blog) in the context of how we warn future generations about the burial sites of nuclear waste:

Attempts to predict the nature of future generations over geological time are fascinating and few can actively refute such extrapolations. Attempts to make sure that the present version of humanity and our descendants remain part of such a future are much more difficult.