Electricity Use: Lighting – Incandescent vs. LED

Posted on July 16, 2019 by climatechangefork

In this blog, I would like to go through some details about judicious selection of the lighting devices that we use (e.g. incandescent, compact fluorescent, halogen or LED) and when or how much we choose to use our electricity. It is a continuation of my exploration of best practices within the necessary energy transition.

My last few blogs focused on locally mandated zero carbon energy transitions, including those affecting where I work and live. Accordingly, I should be in a position to observe and report on these changes going forward, as well as potentially have some impact on aspects of the transition processes. Presumably, these local transitions will also have some ramifications on the global transition that is taking place—if only as examples of possible ways forward.

Key to all these transitions is the use of electricity. This is the most convenient and flexible—though not the most efficient and certainly not the most economical–energy form that we use. I highlighted these issues in my series of blogs in March and the beginning of April, about the electric power sector’s role in the transition, especially with regards to the popularization of electric cars.

Figure 1 illustrates US energy consumption by sector. Electricity comprises close to 40% of the total usage (2015). 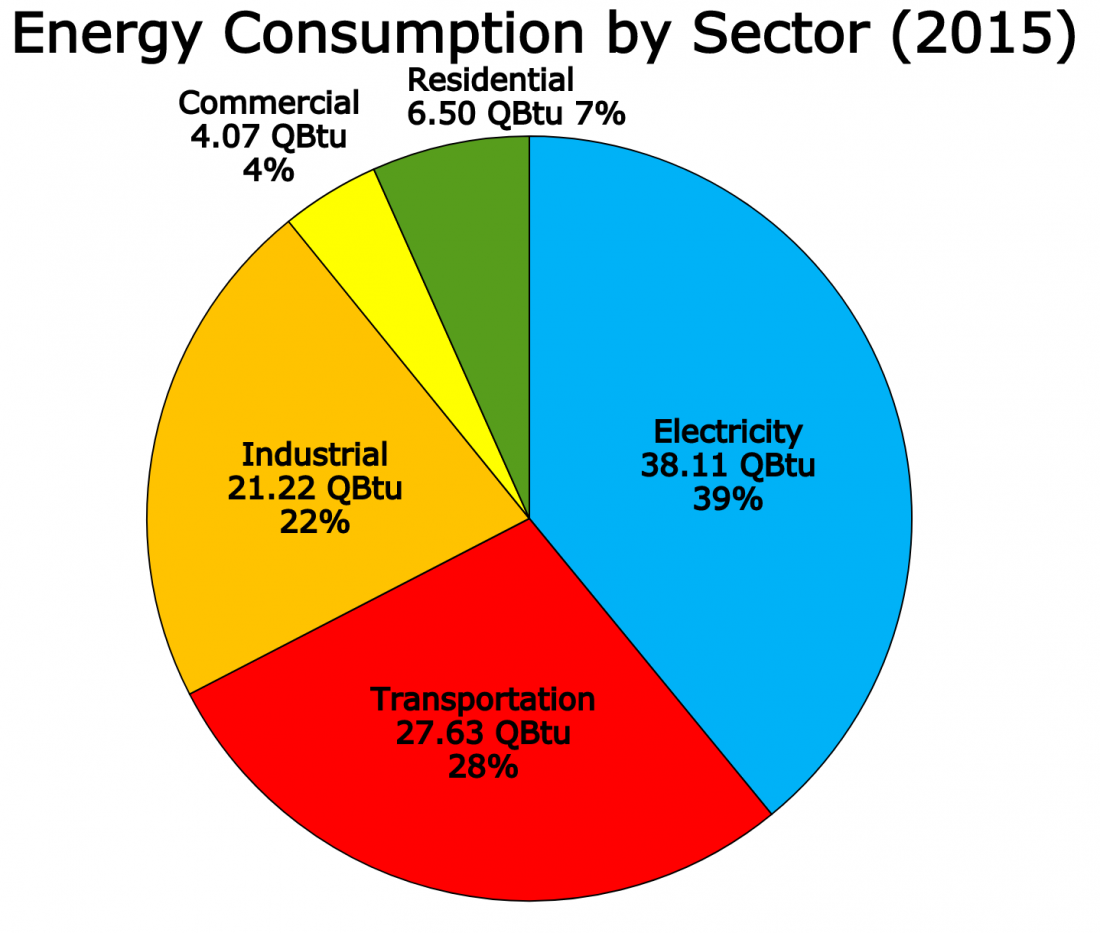 As my series about electric cars demonstrates—because of its relative simplicity and flexibility—the effort to transition energy use through electricity is probably the most important current energy shift. Considering the fact that close to 20% of humanity is still deprived of electric power, this transition is in the process of being amplified. The movement to computer-driven technologies in all sectors of the economy is a major element in this shift.

This handover of much of the global GDP to electric power is the reason why, when my students, Kyle O’Carroll, Daniel Kruglyak, and Vikash Tewari, published a guest blog on April 30th about electricity use in the US, I was surprised with their findings. They showed that for the years 1997–2017, the ratio of electricity use to GDP decreased, instead of increasing as I had expected. This trend is so important that I am repeating it here in Figure 2 below. It means that, in spite of the major transition to electricity in major areas of the economy, electricity efficiency is rapidly increasing. 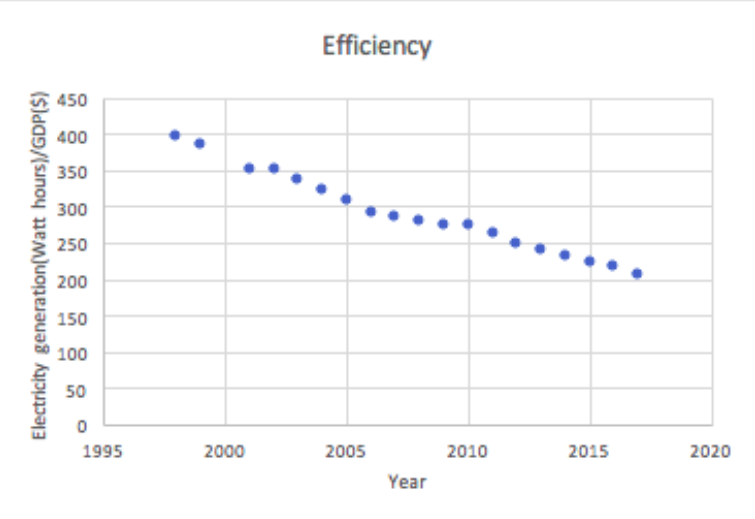 Figure 3 breaks down how electricity is used in the US. The largest applications are in appliances and electronics, and air conditioning. These usages are likely to increase due to climate change and the rise of even more computerized aspects of modern life. Agencies such as the EPA’s Energy Star are usually the ones to monitor the energy conversion efficiency of various devices. If we follow their recommendations, chances are high that we will help increase efficiency of energy use—and in the process, reduce carbon emissions (assuming that the electricity is produced by burning fossil fuels) and save money on our electric bills. 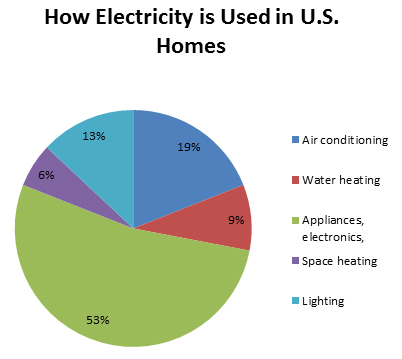 Figure 4 itemizes the changes in the number of various light bulbs installed in the US from 2010-2016. Many branches of government are now providing encouragement for lighting efficiency in the form of free or highly subsidized LED light bulbs. This is a visible and painless way for us to show that we are good citizens, while taking steps to conserve electricity. If we get the LEDs for free, we don’t sacrifice anything by switching away from incandescents. Of course, this should only be a marker of good citizenship in countries where the government supplies such subsidized bulbs. 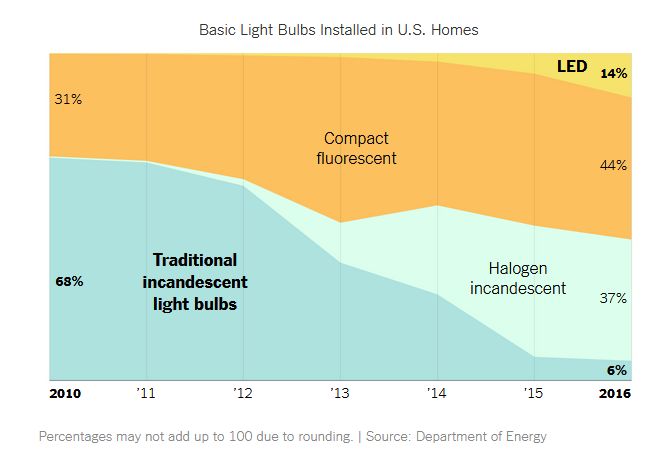 Upgrading lighting is a low-cost way to save energy and money in your home whether you own or rent. In comparison to conventional lighting options (such as incandescents, fluorescents, and halogens), energy-efficient light bulbs use less energy, cost less to operate, and can last up to 25 years longer.

There are many government rebate programs to replace incandescents with LED bulbs. However, once you sign up for such a program you are denying yourself the “fun” of balancing the economic and environmental considerations that should guide our behavior.

What if the bulbs were not subsidized and our consideration was purely economic? Should we replace the incandescent bulbs with LEDs? Below, I am including this quandary in the form of a problem and its solution (I usually give these to my general education students). 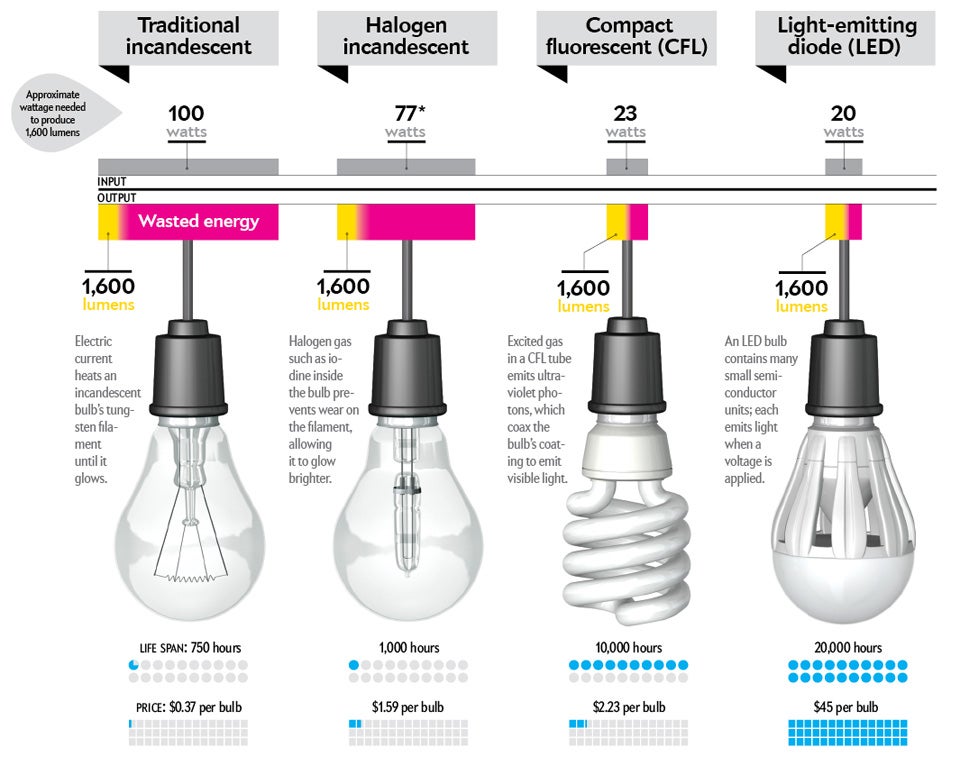 Figure 5 – Characteristics of the four light bulbs from Figure 4

As shown in Figure 5, the average 100W incandescent bulb costs around $0.37 and lasts about 750 hours. Many countries (including the European Union, Brazil, and the US) are replacing it with more efficient bulbs. The rate of replacement in the US is shown in Figure 4. Given that the price of electricity is $0.11/kWh, under what conditions would it pay off to replace the incandescent light bulb with an LED one at a cost of $45 per bulb (data are from 2012—they are now significantly cheaper, ranging from $1.50-$5—but the exercise is still worth examining) and a lifetime of 20,000 hours?

That is considerably smaller than the cost of the LED ($45), so the replacement is not cost effective. For a longer time, equal to the lifetime of the LED (20,000hrs), the price of using the incandescent bulb will look like this:

Meaning that we would be using approximately 27 incandescent light bulbs. As we can see, the price of the light bulbs will be negligible (less than $10); the real cost will come from the usage.

For the same period of time, the price of the LED will be:

About half of the cost in this case comes from the price of the bulb and half from its use. How long is 20,000 hours? It is 2.3 years! Of course, your decision whether to switch over directly depends on the bulb’s intended use and considerations such as the ease in replacing it.

Timing Our Electricity Use

Meanwhile, I found the following communication from our local NYC power provider, Con Ed (indirectly), in Habitat magazine. It provides another opportunity to for us to balance our commitment to behavioral change with economy of energy:

The backdrop. Con Ed has a demand challenge. From May through September, when New York has its hottest and most humid days, the demand for electricity skyrockets. One way to meet this need is to do less with more.

Instead of digging up streets to install new electrical infrastructure, Con Ed digs into its corporate pockets and pays customers to use less electricity.

Simply speaking, you get paid when Con Ed asks you to reduce your electrical usage. This happens during the May through September season, and in years past has occurred about four times each period. There is also a mandatory test event. To make participation attractive at the get-go, Con Ed will pay you to sign up. Called a reservation fee, it depends on how much load you can commit, but a 50 kilowatt commitment could put $10,000 in your coffers.

Go deeper. There are two separate programs under the umbrella of Demand Response – one is peak shaving and the other is reliability (which is neighborhood by neighborhood). The peak shaving program is more appropriate for residential buildings who rely on building staff to manually adjust controls to reduce electric load. There are about 1,500 customers participating in both programs, says Shira Horowitz, manager of Demand Response.

This adjustment is known as load balancing and it’s not a bad idea given the massive numbers of people who use enormous amounts of electricity during the summer (witnessed by the chaos caused by the dramatic blackout here a few days ago). In a sense, it’s like a mini cap and trade system—in that it’s essentially a system of people selling their unused hours/potential for usage—but it does not include any actual limits on other individuals’ usages. The original link comes with some examples and numbers for our consideration.

As we saw in Figure 2, strategies like this one are bearing fruit.

4 Responses to Electricity Use: Lighting – Incandescent vs. LED