Posted on February 15, 2022 by climatechangefork

Earlier this month (February 1, 2022), I mentioned the steps that Germany and the US have taken recently to remediate the decline in their workforces. Both countries basically declared that they are going to initiate brain drains from abroad (mainly from poorer countries). Germany said that it intends to initiate the yearly immigration of 400,000 skilled workers, while the US announced a new policy to facilitate the attraction of students in the sciences, presumably with the thinking that many of them will stay once they finish their studies.

The decrease of the “native” (excluding immigration) workforce follows a global decrease in fertility rates and an increase in life expectancy. Type “population decrease” into the search box and you will find multiple earlier entries that relate to the topic. However, only one significant entry pops up if you search for “robotics” (February 11, 2014) and it’s from 8 years ago. It addresses the global shipment of robots, using data through the year 2011. It’s time to revisit the issue. 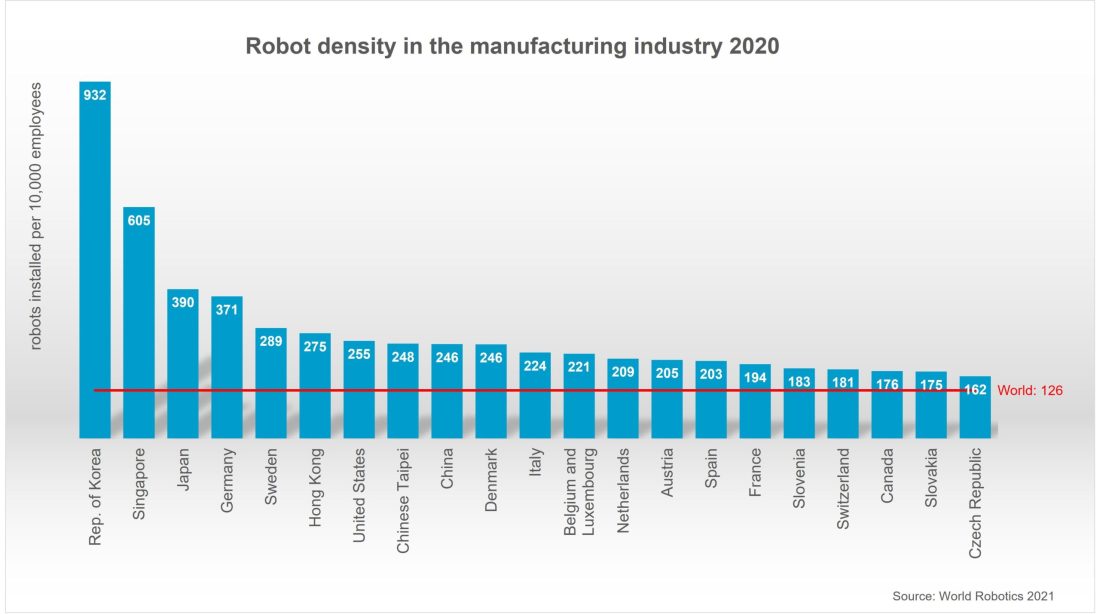 Figure 1, taken from The Robot Report, summarizes the issue as it stands presently. The site adds the following information:

There are more than three million industrial robots operating in factories around the world, according to the International Federation of Robotics (IFR). In 2020, there was $13.2 billion of new robot installations.

The total number of people employed worldwide is estimated at 3.3 billion. In contrast, about 3 million industrial robots operate around the world, meaning they account for only 0.1% of the global workforce. However, in South Korea (the Republic of Korea) robots already account for 10% of the workforce and globally, the growth rate of robotics is 10%. These are significant numbers. Presently, the shift to robotics is confined to rich countries (including S Korea).

Figures 2 – 6 show the recent population changes that are taking place in the five countries with the largest robot densities, as shown in Figure 1. Each of these countries has its own dynamic. 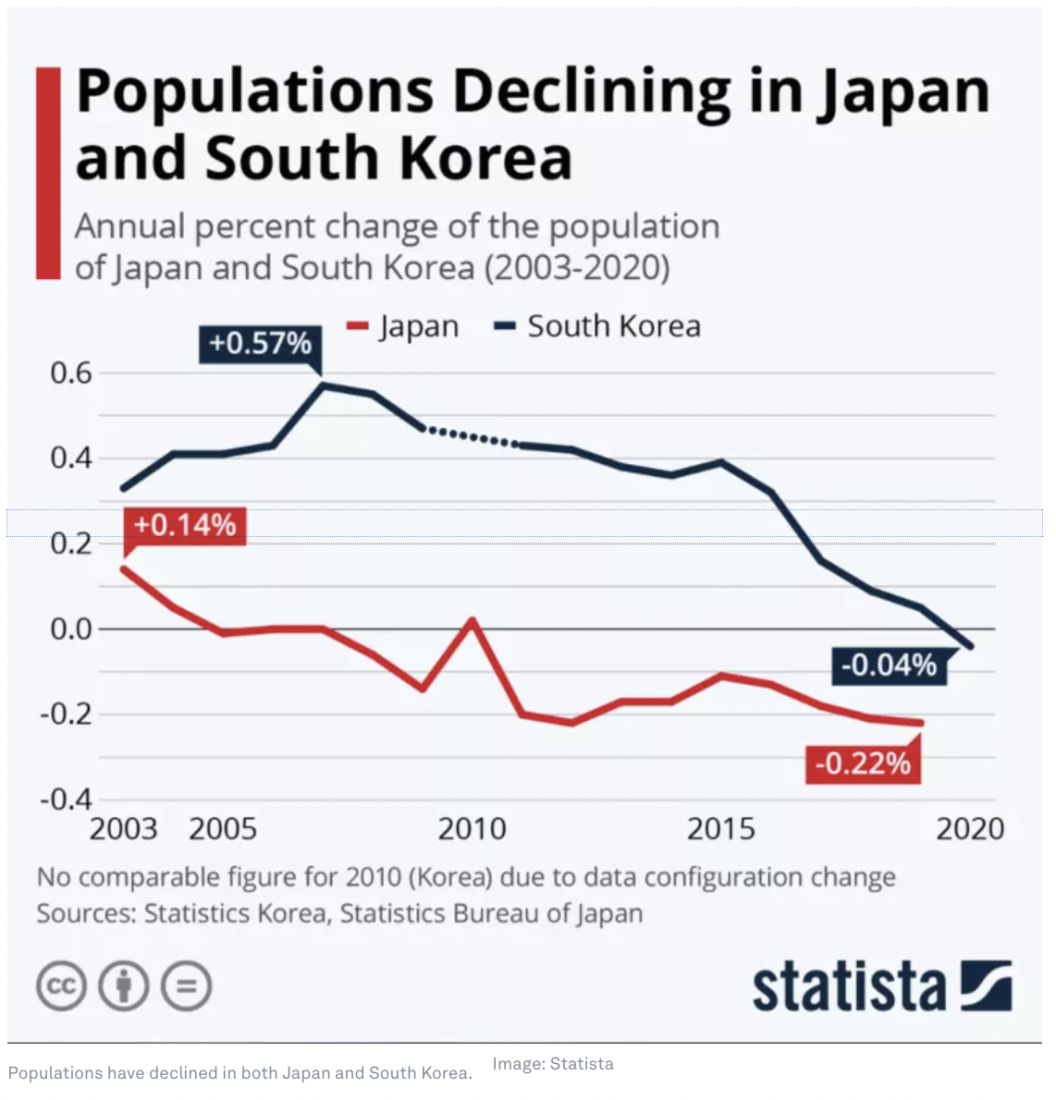 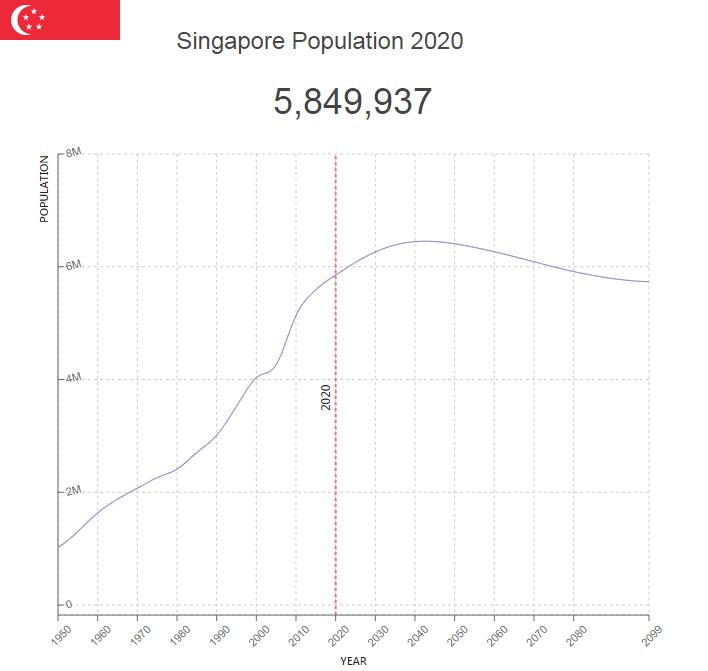 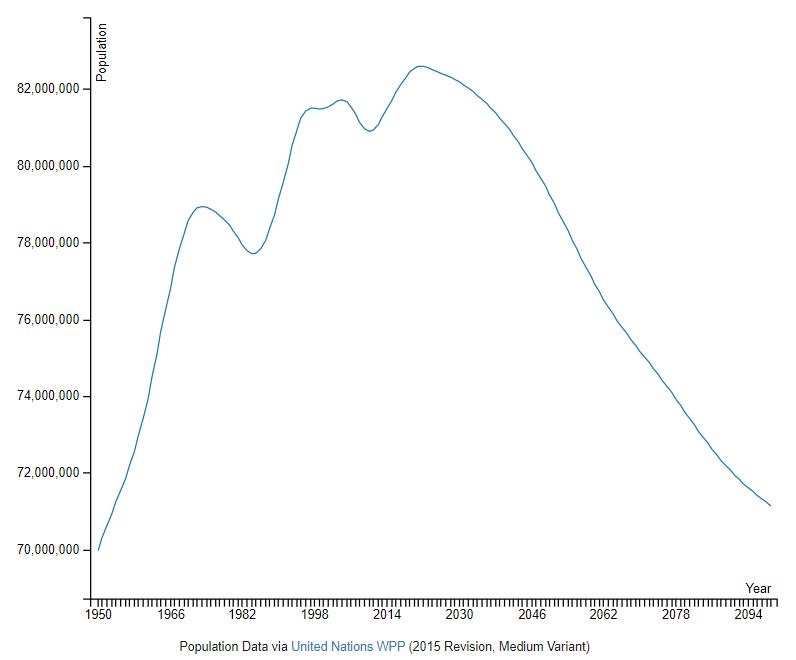 What deserves special attention is the relative changes in the age group composition in Germany, as shown in Figure 5. 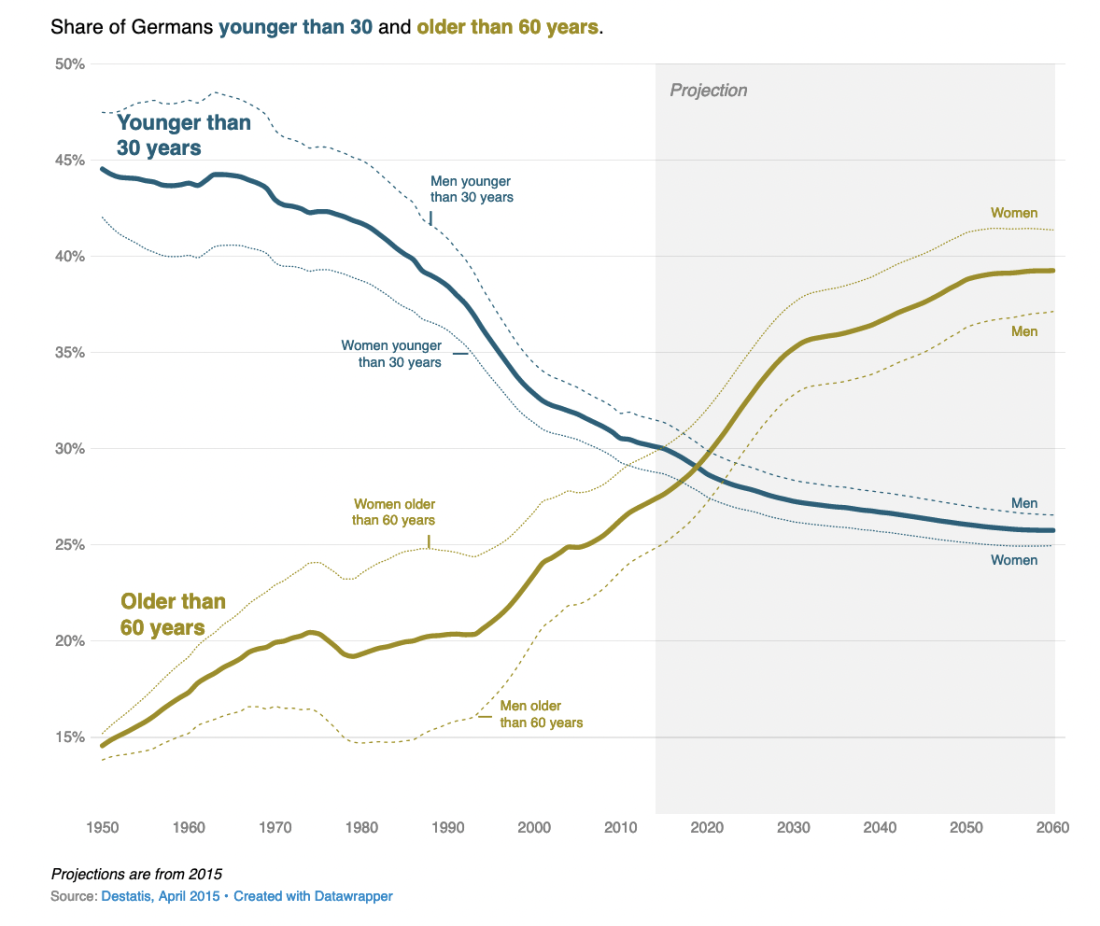 Figure 5 – Changes in the age distribution of the German population (Source: Visual Capitalist) 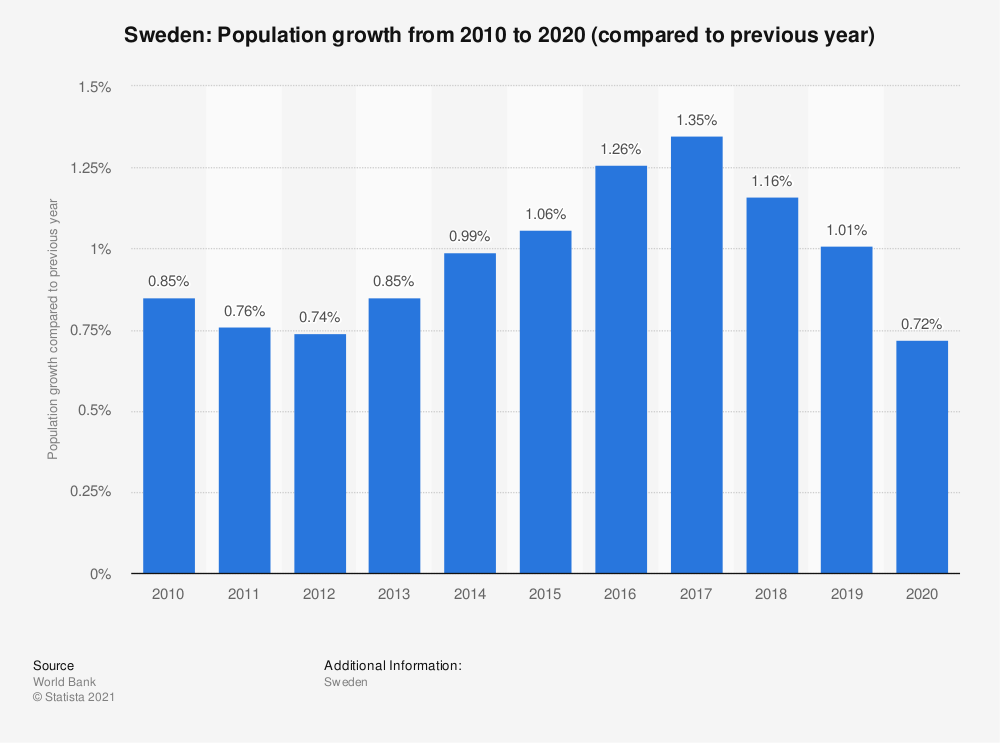 Figure 6 – Changes in the population growth of Sweden (Source: Statista)

The increases in robotics and brain drain haven’t yet caused social and governmental disruptions on the level of increased immigration but we are still at the beginning of the trend. This gives us some time to address the social consequences that are sure to come.

Micha Tomkiewicz, Ph.D., is a professor of physics in the Department of Physics, Brooklyn College, the City University of New York. He is also a professor of physics and chemistry in the School for Graduate Studies of the City University of New York. In addition, he is the founding-director of the Environmental Studies Program at Brooklyn College as well as director of the Electrochemistry Institute at that same institution.
View all posts by climatechangefork →
This entry was posted in Economics and tagged age, brain drain, Decline, Germany, Growth, Japan, jobs, Korea, manufacturing, Population, robot, Singapore, South Korea, Sweden, Workforce. Bookmark the permalink.