Do We Have To Argue? Do We Even Know How To Argue?

Posted on March 25, 2014 by climatechangefork

A few years ago I was attending an academic retreat. These usually take place somewhere outside the campus and they often involve overnight stay. They are generally organized as a forum in which to discuss an institution’s important policy issues. In this case, the subject of discussion was the changes in the institution’s general education requirements.

During lunch I was sitting near a friend that specializes in the history of the Middle East. Since I grew up in Israel (I hold dual American – Israeli citizenship) the lunch chat quickly drifted to a discussion of the Arab-Israeli conflict. He is Jewish and the student population he teaches is mixed. I asked him how he teaches such a controversial topic to a mixed student population who, in most cases, hold fossilized opinions on the topic. Since, among many student populations, climate change is as confrontational as the Middle East conflicts, I was interested in learning his practices. He smiled at me and said: “simple: I rely on original documents.” I shifted the conversation to a different topic because I didn’t want to be confrontational and point it out to him that since he is the one responsible for the selection of the original documents, his teaching is not much different from preaching.

A few months ago, an early, unofficial version of the first part of the 5th IPCC reports was released. Even before the official release of the report, the Heartland Institute released its own report that denies the existence of anthropogenic climate change. They presented it in the same format (if a bit longer) as the IPCC report. I thought that this was a teaching moment, especially because the Heartland arguments hadn’t yet been sliced and diced by the media. I wrote earlier on some aspects of these reports (October 1 and October 15, 2013). The timing was in the middle of the semester; the students read the textbook, and I gave them some quizzes to make sure that they actually understood the issues and were ready for the midterm exam. Among other things, I wanted to test how they would do at arguing the issues. To prepare for the test, we went through the arguments section of the wonderful website Skeptical Science. The site is probably the best available resource for arguments and counter arguments. In the test, I gave the students the assignment of arguing in response to one assertion each from the Skeptical Science and Heartland sites. This section of the test is shown below:

Some of the deniers’ more popular arguments against anthropogenic contributions to climate change are summarized below (http://www.skepticalscience.com/). Construct a thoughtful, data based, response to one of these arguments.

a.      Climate’s changed before
“Climate is always changing. We have had ice ages and warmer periods when alligators were found in Spitzbergen. Ice ages have occurred in a hundred thousand year cycle for the last 700 thousand years, and there have been previous periods that appear to have been warmer than the present despite CO2 levels being lower than they are now. More recently, we have had the medieval warm period and the little ice age.” (Richard Lindzen)
b.      Models are unreliable
“[Models] are full of fudge factors that are fitted to the existing climate, so the models more or less agree with the observed data. But there is no reason to believe that the same fudge factors would give the right behaviour in a world with different chemistry, for example in a world with increased CO2 in the atmosphere.”  (Freeman Dyson)

Part C:
Arguments against the new IPCC recent report came out even before the original report. The two arguments below have appeared recently in http://heartland.org/media-library/pdfs/CCR-II/Summary-for-Policymakers.pdf. Construct a thoughtful, data based, response to one of these arguments.

a.      CO2 is a vital nutrient used by plants in photosynthesis. Increasing CO2 in the atmosphere “greens” the planet and helps feed the growing human population.
b.      Earth has not warmed significantly for the past 16 years despite an 8% increase in atmospheric CO2, which represents 34% of all extra CO2 added to the atmosphere since the start of the industrial revolution.

They didn’t do well. I decided, therefore, to devote a significant portion of the remainder of the semester to practicing argumentation on these kinds of issues.

Well, since argumentation is an “academic field,” but is not my specialty, my logical response was to call on some experts for help. The first department that I approached was the Department of Speech Communication Arts and Sciences. The present Chair is a friend and the previous Chair was arguably the best debater on campus. Unfortunately, the previous Chair had already retired by then and the department doesn’t have anybody to teach argumentation. They have asked a lawyer on campus to give the course on argumentation (this is supposed to be their bread and butter). I knew that argumentation in law is not the same as arguing on climate change but I decided to try getting through to him. He didn’t respond to my request. Next, I tried Philosophy – I went through their course offerings – no argumentation. Our college has a very good forensics club with a national reputation. I asked about the faculty adviser to the club, but found that there wasn’t one. Fortunately, I had an Honors College Physics major that took a course with me on climate change and was member of the forensics club, and asked her to come to my class to teach the students how to argue. She did a great job.

At this junction, I decided that learning how to argue and how to construct a decent argument should be an important objective of the course that deserves classroom effort.

As I have mentioned before (March 18, 2013) I am now using Team Based Learning (TBL) to teach my class and find this method to be very effective. In the lingo of this methodology teaching relevant argumentation can count as “application.” The class is already divided to teams of 7-8 students each. I gave every team one of the Heartland arguments and asked them to construct opposing and supporting presentations for the arguments and present them to the class toward the end of the semester. A few days later I got an email from one of the teams telling me that all of them fully agree with the Heartland argument. I asked them to try harder. They did, and since they had to divide the teams into those students presenting the supporting arguments and those opposing, by the end of the semester, we reached a more or less balanced positioning. But the balanced positioning didn’t convince anybody. Something was missing here and the semester was coming to its end. It became clear to me that I was unintentionally ending with the same strategy for arguing controversial issues as my history friend had been using to teach the Middle-East conflicts – a biased selection of observations.

In the case of Heartland and the IPCC, their findings are shown as conclusions to detailed full reports that are more than 1000 pages long. Obviously, none of the students read these reports in their entirety (they took the arguments in both cases from the provided “Summaries for the Policy Makers”), so they took the claims in the arguments on both sides to be equally valid.

This semester I decided to repeat the exercise with somewhat different rules. Every time that students need to make an argument, they are advised to refer to the three basic cycles shown below. As far as I know, none of these are controversial. Please stay tuned for the results.

Deniers vs. Believers – try to convert the opposing group to your side. 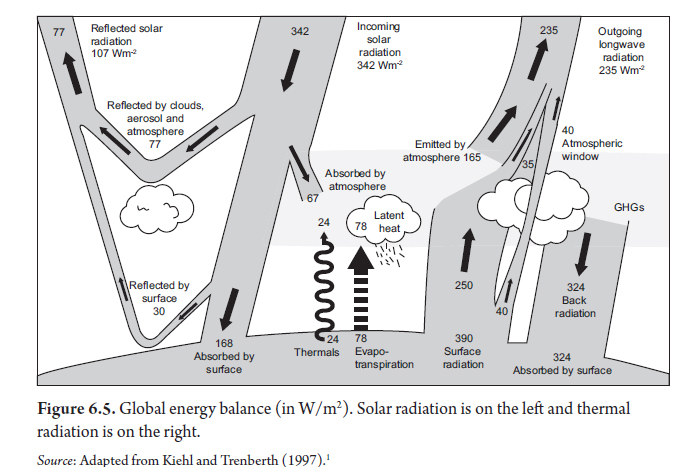 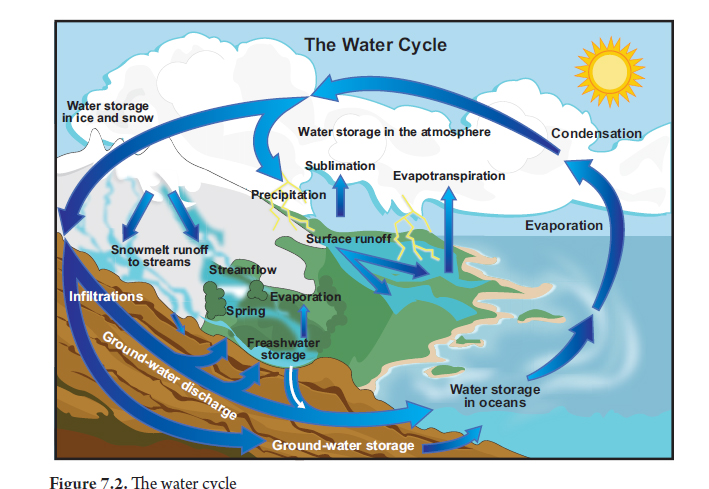 In the next blogs I will focus on causal relation between the drought in the Western US and climate change as a case study to explore.

Micha Tomkiewicz, Ph.D., is a professor of physics in the Department of Physics, Brooklyn College, the City University of New York. He is also a professor of physics and chemistry in the School for Graduate Studies of the City University of New York. In addition, he is the founding-director of the Environmental Studies Program at Brooklyn College as well as director of the Electrochemistry Institute at that same institution.
View all posts by climatechangefork →
This entry was posted in Climate Change, Education and tagged Arguement, Arguementation, Climate Change, Climate Change Denial, Climate Change Deniers, Climate Skeptics, Debate, DNNer, Education, Global Warming, Heartland, IPCC, Israel, NIPCC, Science, Skeptical Science, TBL, Teaching. Bookmark the permalink.

7 Responses to Do We Have To Argue? Do We Even Know How To Argue?