The Many Faces of Sovereign Islands

Posted on August 13, 2013 by climatechangefork

My July 30th blog described Mauritius as a country concerned with climate change, as evidenced by its hosting our conference on the topic, and the creation of its own task force, “Maurice Ile Durable” (MID) to examine all aspects of government in terms of preparations for climate change, both in terms of mitigation and adaptation. The influx of large, violent storms is partially associated with climate change, especially when regarding their frequency and intensity, both of which are expected to increase. But in spite of one such catastrophic storm the country recently experienced, the general feeling appears to be that Mauritius is not in immediate danger of being swept under a rising sea in the near future.

This attitude is different from that taken by other sovereign islands. Cases in point: the Maldives, whose president, Mohammed Nasheed, has taken a leadership role in trying to wake up the world to the dangers of climate change, recently going so far as to hold a cabinet meeting underwater, and the Kiribati government, which is pursuing a “migrating with dignity” policy, by  encouraging its people to adapt by moving to safer grounds in Australia. One of the main reasons for the different attitudes is the difference in topography. Most of the populations of Kiribati and the Maldives live in a flood zone, with no place to move. As the March flood showed, most of Mauritius’ population also lives in a flood zone, however the middle of the country is endowed with mountains more than 2000 ft high.

The outlook on flooding vs. moving is not the only one with disparity among island nations.  Another difference in attitude became evident to us before we arrived in Mauritius, during our visit to Madagascar, where we went to see the lemurs, for which the island is so widely known. Madagascar is a very poor country, whose historically unstable government recently gained notoriety when an army-led group ousted the elected president.

The conversation with our driver quickly turned to the present political situation. I posed a question about the prospects of finding off-shore oil and gas along the very long shore line. He responded that, according to many, this was one of the main reasons for the coup d’état. Everybody wanted a piece of the profit. It is starting become clear that while the nature of islands leaves them vulnerable to flooding and other adverse impacts of climate change, it also means that they inherently have a perimeter of shoreline; something which gives them plentiful off-shore exploration rights for oil and gas. As the technologies of off-shore exploration and drilling have improved, so too have the chances of findings. I decided to compile list of the haves and have nots, using a list of sovereign islands from Wikipedia and a compilation of data for the latest oil and gas production of these island from the US Energy Information Administration. 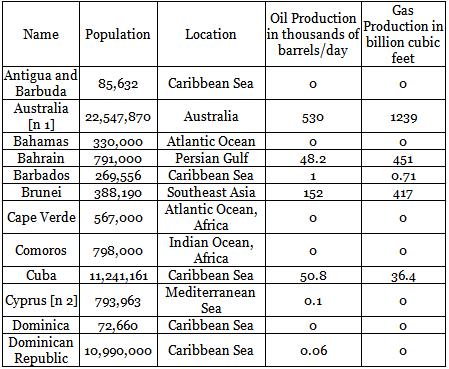 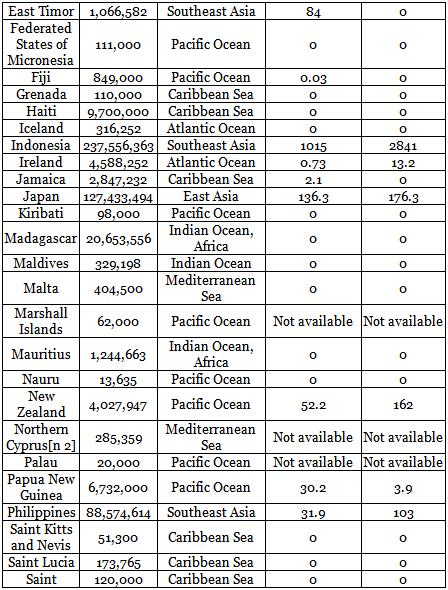 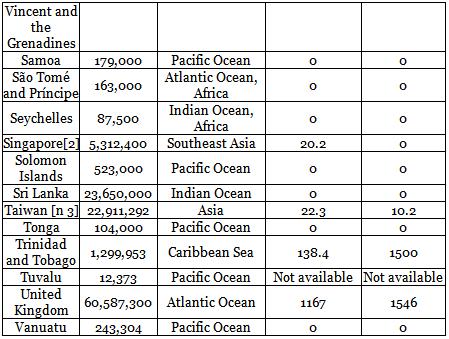 As we can see from the table, the three islands that I have mentioned are listed as lacking any oil or gas production capabilities. However, databases on this issue are becoming obsolete very quickly. Meanwhile, although I cannot speak to any current oil or gas exploration in Kiribati or Mauritius, Madagascar is reported to sit on a potential of 17 billion barrels of oil, with 3 billion recoverable reserves.

New findings of oil and gas, in countries formerly without them, can create mixed voices in terms of mitigating climate change; ones that sound very similar to those that we hear in the rest of the world.

Micha Tomkiewicz, Ph.D., is a professor of physics in the Department of Physics, Brooklyn College, the City University of New York. He is also a professor of physics and chemistry in the School for Graduate Studies of the City University of New York. In addition, he is the founding-director of the Environmental Studies Program at Brooklyn College as well as director of the Electrochemistry Institute at that same institution.
View all posts by climatechangefork →
This entry was posted in Climate Change and tagged Africa, Climate Change, EIA, Elevation, Gas, Islands, Kiribati, Lemurs, Madagascar, Maldives, Mauritius, Oil, Rising Tides, Storms. Bookmark the permalink.

4 Responses to The Many Faces of Sovereign Islands