Posted on September 16, 2014 by climatechangefork

We are not very good at estimating risk. This is especially true of large, infrequent risk. Recently a judge fined BP for being “grossly negligent” in the blowout on the deep water horizon oil rig disaster that killed 11 workers and spilled millions of gallons of oil into the Gulf of Mexico. The judge also stated that the company acted with “conscious disregard of known risks” and that its “conduct was reckless.” With his verdict, the judge confirmed the possibility of new fines of up to $18 billion in addition to the billions that BP has already spent on the disaster.

Some doubt that BP can survive the additional fines and the major setback to the company’s reputation, but many others disagree and claim that the company is both large and profitable enough to be able to survive them. There is no question in my mind that the decision will change the risk assessment of deep water drilling and the business models of such drilling. I have no idea if BP was insured against such a disaster but I am confident that they will have a very difficult time going forward in finding any insurance company willing to serve them against any such future event.

This was a major disaster, but in the global scheme, it was not completely irreversible. Global consequences of climate change, meanwhile, are on a much larger scale, and we cannot rely much on guidance from past events. I addressed this important issue in my book (Climate Change: The Fork at the End of Now. Momentum Press, 2011), as many others have done in the past. Here are two short excerpts from my book:

The profitability of the insurance industry critically depends on its ability to assess risk, defined as:

Can we insure the survival of the planet as a habitable environment? If the answer is yes, then who and how will pay the premium? If climate change is just a big catastrophic event, then the mechanism of financial preparation should not be much different than the insurance of present catastrophic events. The trouble is that we are not very good at insuring catastrophic events.

Are we better at recognizing small, everyday, events in which risk plays a role?

Every Saturday morning, throughout most of the year, we have a green market not far from where I live. It’s great – you get fresh produce and you meet friends and neighbors. Right now it’s corn season. The photographs below show one of the fresh corn stands. They look great 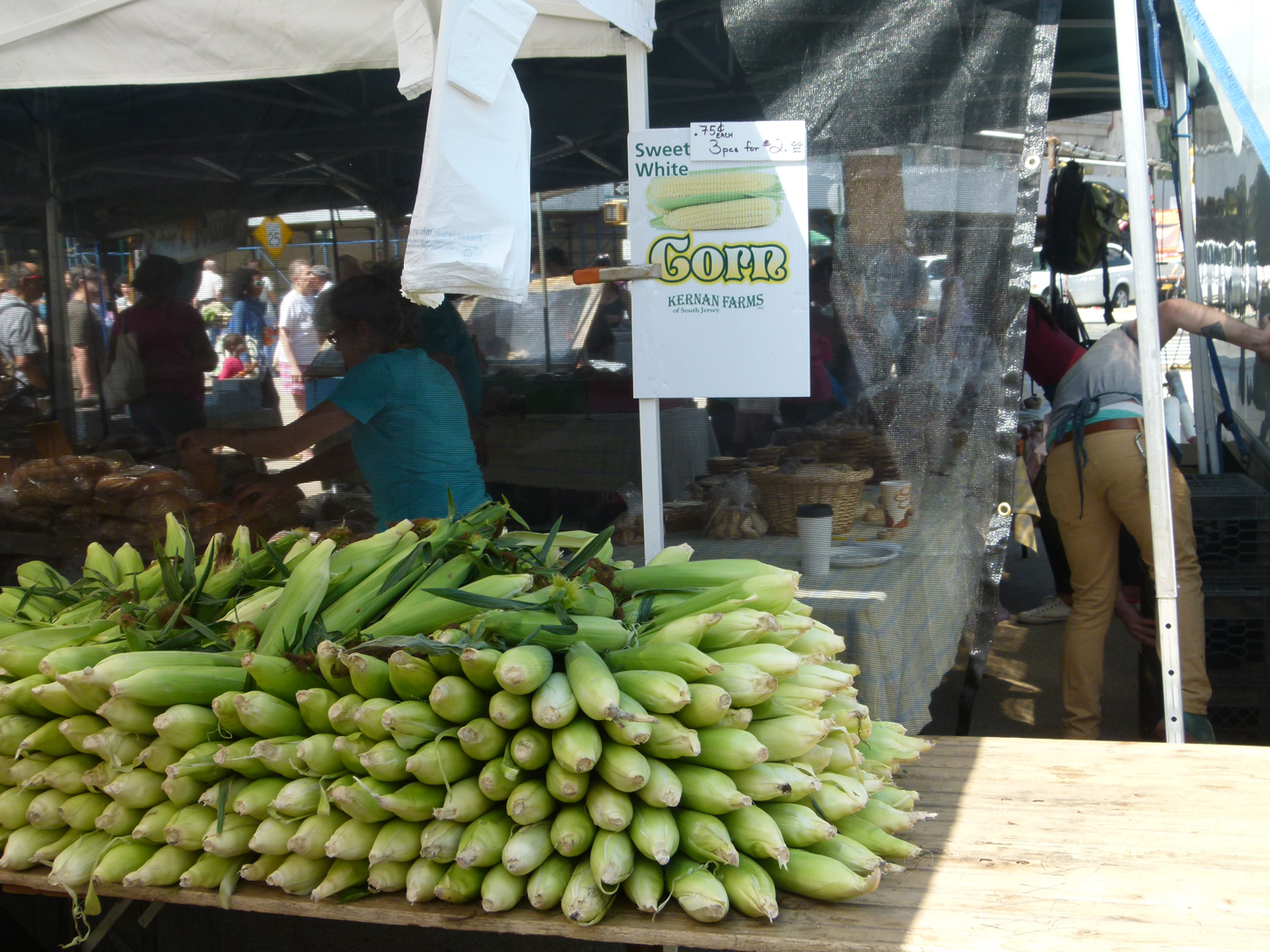 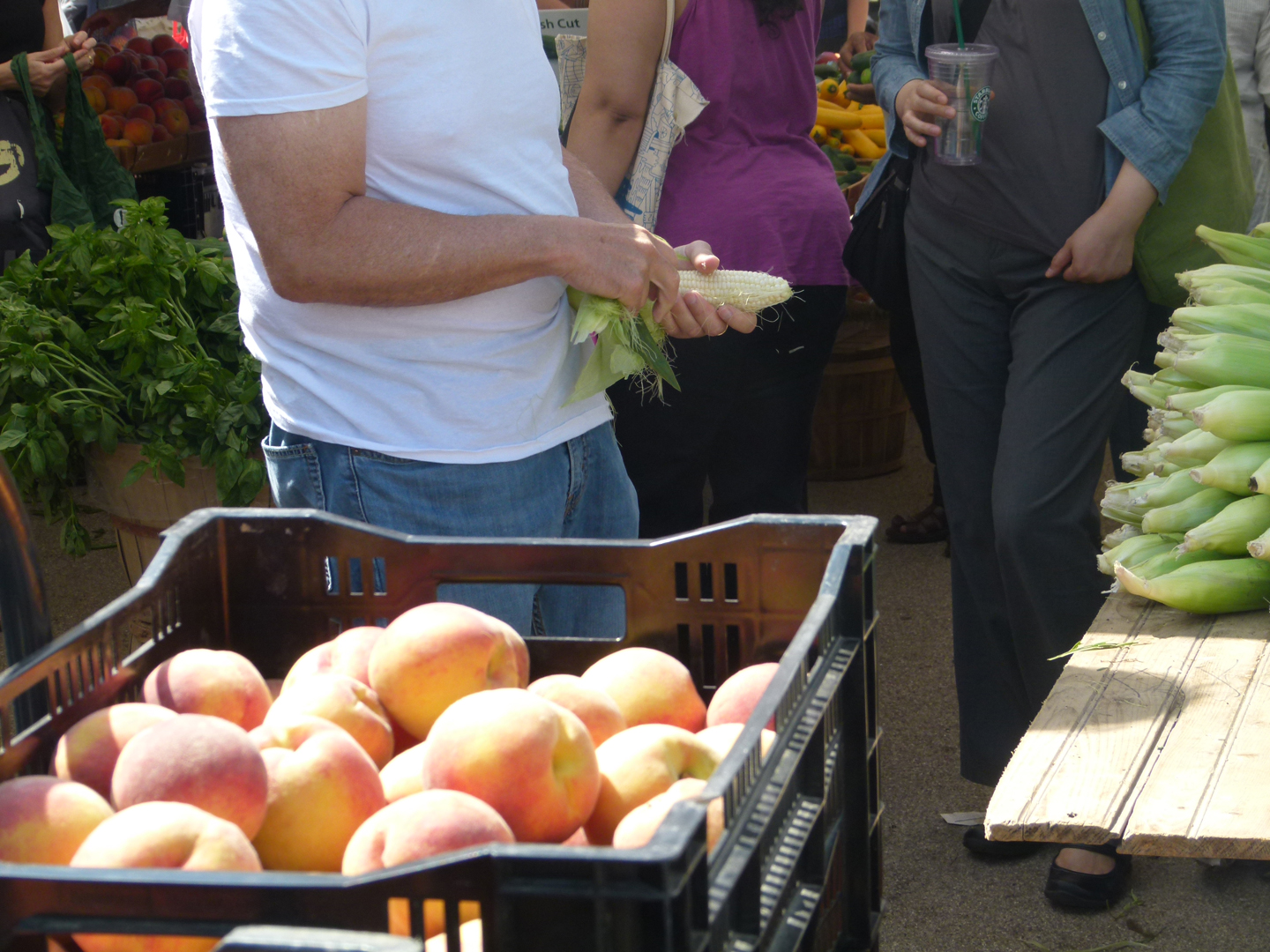 The top photograph shows the stand itself before customers have started to explore the merchandise. It’s a beautiful collection of sweet corn ears with the price of $2 for 3 ears clearly posted.

However, there is a risk involved in the purchase: we don’t see the kernels inside. We have no idea if some of them are missing, rotten or otherwise damaged. In principle the price should reflect this uncertainly. However, some customers want to eliminate that risk, so they peel back the husk to get a good look at the kernels. The second picture shows one such customer. He checks each ear and puts any damaged ones back into the pile. Obviously, other customers that want to buy the corn will not touch those ears now that they can see their flaws. The risk falls entirely on the seller. I do not know the profit margin of the seller or whether he takes this practice into account. My guess is that he does. In that case, the customers that peel the husks away before buying the corn are shifting the risk to the rest of the customers who play by the rules.

Some of the approaches to storm adaptation and sea level rise on a local level rely on sea walls and other blocking structures (April 30, 2013 blog). These measures end up shifting both the rising water level and therefore the risk to neighboring locations, making it even more costly to everyone else. Climate change, and the associated sea level rise are global issues. If we continue with the corn analogy, those who set up such blocking structures are peeling back the corn, but all of us pay for the increased risk.

Micha Tomkiewicz, Ph.D., is a professor of physics in the Department of Physics, Brooklyn College, the City University of New York. He is also a professor of physics and chemistry in the School for Graduate Studies of the City University of New York. In addition, he is the founding-director of the Environmental Studies Program at Brooklyn College as well as director of the Electrochemistry Institute at that same institution.
View all posts by climatechangefork →
This entry was posted in Climate Change and tagged Adaptation, BP, Climate Change, corn, drilling, Environment, Global Warming, green market, Insurance, loss potential, Mitigation, Oil, risk, risk assessment, risk management, Sandy, Sea-Level Rise, spill. Bookmark the permalink.