Predicting the Future and its Impacts

Posted on July 7, 2015 by climatechangefork

In the last blog (June 30th) I started to investigate the impact of the recent large drop in global oil prices on the global energy transition from fossil fuels to sustainable energy sources. The sharp decline in oil prices has disrupted the balance between supply and demand. Prices of fossil fuels dropped by more than 50% in 6 months or so. The price of Crude Oil Brent reached below $50 a barrel in January, and has risen to the mid-$60 range now – that’s a climb of about 30% but is still more than 40% below its peak at the beginning of 2014.

Among the impacts so far has been 2014’s particularly sharp decline in the growth of fossil-fueled-energy. It is interesting to note that there has been no corresponding decline in renewable energy growth, although much of the new market has shifted from wind energy to solar (photovoltaics). In fact, there has been a marked increase in photovoltaic installations as compared to 2013. At the same time, however, there has been a 15% decrease in clean energy spending and a significant decrease in purchase of hybrid and electric vehicles. This is a confusing picture because it seems like counterintuitive timing.

A different set of scenarios for future changes in the price of oil is shown in Figure 1: 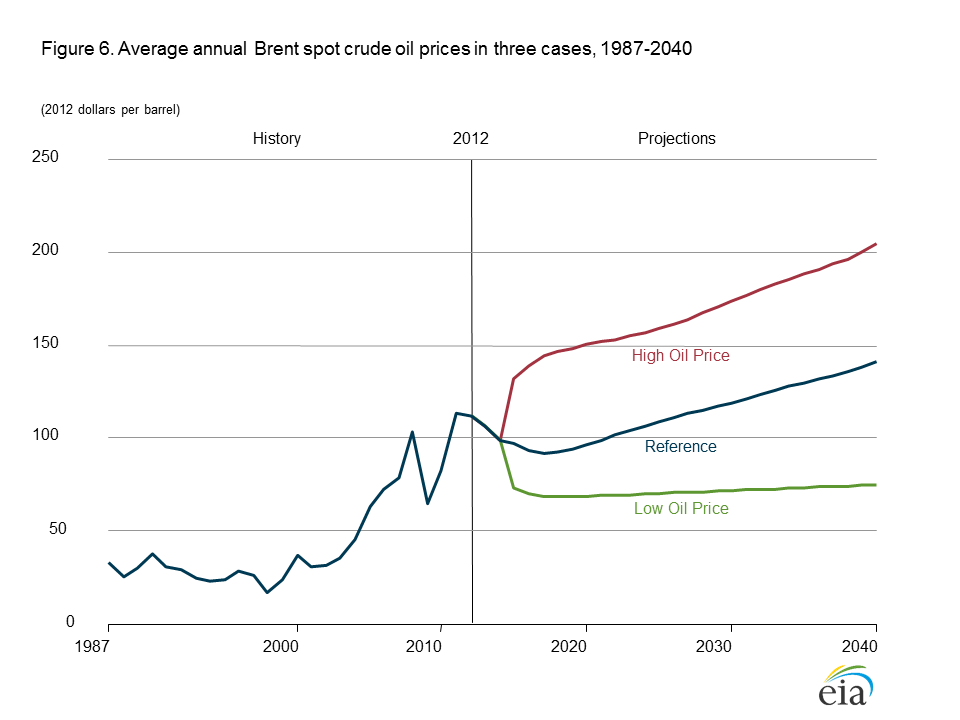 The scenarios in Figure 1 where issues by our most credible source of information on the statistics of oil prices. None of them reflect what is taking place now.

These changes (based on similar predictions) were probably at work well before the sharp drop in oil prices in the summer of 2014. After all, constructing power plants – whether sustainable or fossil-fuel-based – takes time. A good example is the Agua Caliente Solar Project:

Perhaps a better yardstick for the impacts of major interruptions to the energy transition is the stock market. Discounting short term speculations, trading in stocks reflects our commitment to gambling on what we think will happen in the future to the particular business that we are interested in.

Figure 2 shows what happened to the energy stock index (dominated by fossil fuel companies), as compared to other commodity indexes, immediately after the start of the drop in oil prices.

Figure 3 shows a similar index that was compiled for the S&P Global Clean Energy Index. 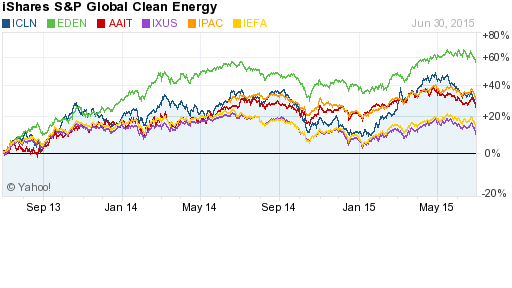 Stay tuned, but do not forget Niels Bohr’s dictum: “Prediction is very difficult, especially if it’s about the future.”

2 Responses to Predicting the Future and its Impacts