China – Water, Energy and the Yangtze

Posted on September 1, 2015 by climatechangefork

It seems right now that when China sneezes the world is shaken. Not only does that apply to the obvious recent economic upset, but it also means that in tackling any global issue we need the country’s involvement. Climate change, of course, is no exception – China is a major player when it comes to sheer population, energy usage and emissions.

Water and energy are essential to the sustainable growth of every country. With 1.4 billion people and a recent economic growth rate of 7-10% per year, this is especially true for China. The sustainability of the Yangtze River is central to China’s growth plans. Wikipedia says the following of the Yangtze:

The Yangtze River (English pronunciation: /ˈjæŋtsi/ or /ˈjɑːŋtsi/), (Chinese: 长江, Cháng Jiāng), known in China as the Chang Jiang or the Yangzi, is the longest river in Asia and the third-longest in the world. It flows for 6,300 kilometers (3,915 mi) from the glaciers on the Qinghai-Tibet Plateau in Qinghai eastward across southwest, central and eastern China before emptying into the East China Sea at Shanghai. The river is the longest in the world to flow entirely within one country. It drains one-fifth of the land area of the People’s Republic of China (PRC) and its river basin is home to one-third of the country’s population.[6] The Yangtze is also one of the biggest rivers by discharge volume in the world.

The Yangtze’s role in the drive to a sustainable China is a big issue that I will return to in future blogs. Meanwhile, I’ll share some of the pictures from my visit to better acquaint you with some of the areas we are discussing.

Figure 1 – Map of the Yangtze River

I took the popular tourist route and sailed on the Yangtze from Changqing to Yichang. The part that I found the most fascinating was the Three Gorges Dam near Yichang. The dam is essential to China’s efforts to ensure sustainable water and energy management. Not only is it the largest power station in terms of installed capacity (22.5 GW (Gigawatts)), it is the largest operating hydroelectric facility in terms of annual energy generation (84 TWh in 2013 and 99 TWh in 2014 (1TWh = one billion kWh). The dam was completed and became functional in July 2012. Contrary to wide perception, the primary reason for constructing the dam was not to provide sustainable hydroelectric power to China, although we will discuss that effect in more detail in future blogs about China’s transition to different energy sources. Instead, the dam’s main stated objective was to increase the Yangtze’s shipping capacity and reduce the damage of floods by providing a buffer area for overflow. The stretch of the river in which we were sailing from Chongqing became that flood storage space. 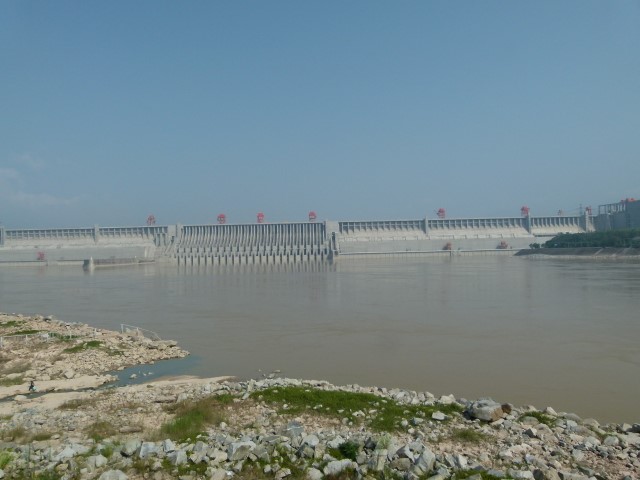 The dam displaced around 1.3 million people, flooded renowned archeological and cultural sites and is causing significant ecological changes – in other words, it was no free lunch.

The Chinese government has made serious efforts to compensate the people that were directly affected by the project by providing them with alternative housing and job opportunities. I visited the nearby village of Fengdu and met some of the people who had been displaced (a few of them served as our guides). Figure 3 shows some of the housing that the displaced people now occupy. There is no question in my mind that my visit was heavily framed by government propaganda, but I also have no doubt that a serious effort was made to assuage the social outcry that came with the displacement. 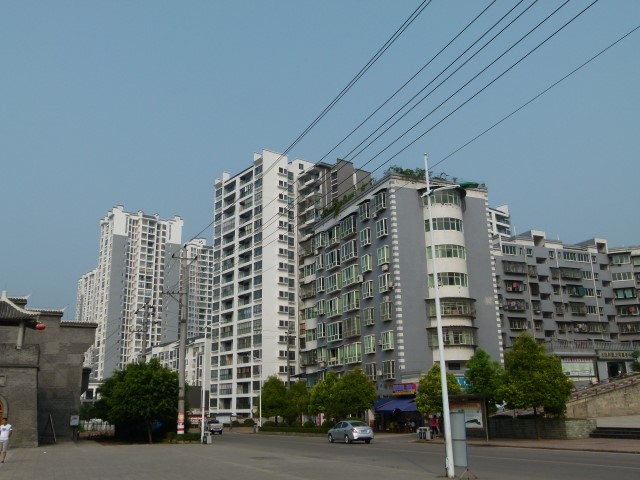 Figure 3 – Housing in the village of Fengdu, constructed to accommodate the evacuees from flooding the dam 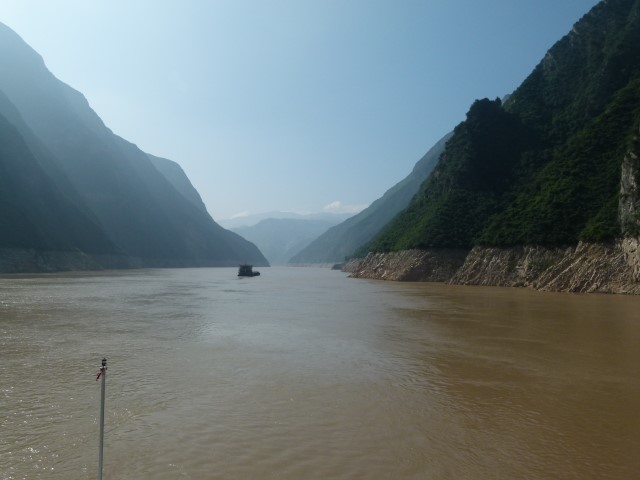 Figure 4 – Sailing through the Three Gorges 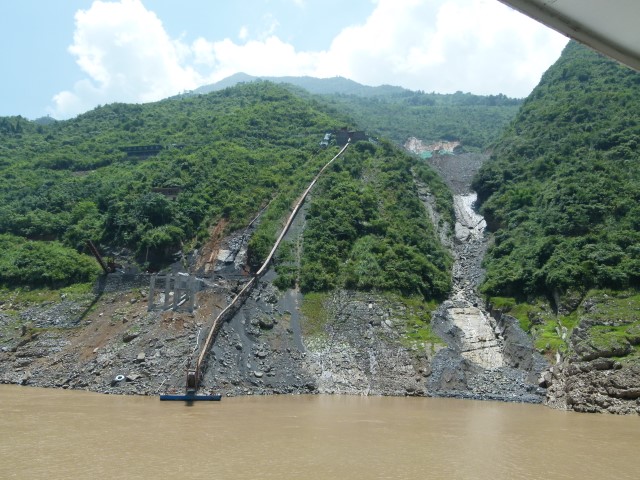 Figure 5 – Coal extracted and shipped on the river

The Yangtze originates in the Tibetan Plateau in the Himalayan Mountains (see Figure 1). It’s also not far from the origin of China’s next largest river, the Yellow River, which flows to the north of China:

The Yellow River is called “the cradle of Chinese civilization”, because its basin was the birthplace of ancient Chinese civilization, and it was the most prosperous region in early Chinese history. However, frequent devastating floods and course changes produced by the continual elevation of the river bed (due in part to manmade erosion upstream), sometimes above the level of its surrounding farm fields, has also earned it the unenviable names China’s Sorrow and Scourge of the Sons of Han.[2

The Chinese government is now seriously planning a solution to the water shortage in the north of China by moving water up from the Yangtze River. This is similar to the massive water projects that tried to solve California’s water problems by moving water from the north to the south of the state.

Of course, the feasibility of this idea depends largely upon the sustainability of the water flow in the Yangtze, which in turn relies heavily on the precipitation in the mountains that surround the source.

We also visited Lhasa, the capital of Tibet, in the beginning of July. The city’s altitude is about 11,500 feet, and it is surrounded by higher mountains that at the time were completely devoid of snow. Figure 6 shows one of these mountains immediately after a few hours of light rain in the city. They became almost immediately covered with snow. Unfortunately, the ratio between rain and snow in the city and surrounding areas is now constantly changing in favor of rain, and that change will have a big effect on the future of the river. 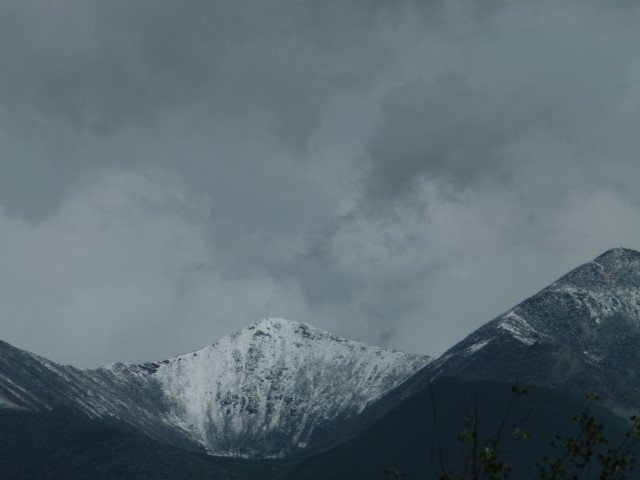 Figure 6 – Snow around Lhasa in July

Figure 7 is a photograph of the Himalayas taken from our plane. The glaciers are receding, and like mountain tops all over the world, the snow is slowly disappearing. Most projections predict that they will be snow-free by the end of the century. This transition will upset the water cycle and affect most of the world’s big rivers, including the Yangtze. 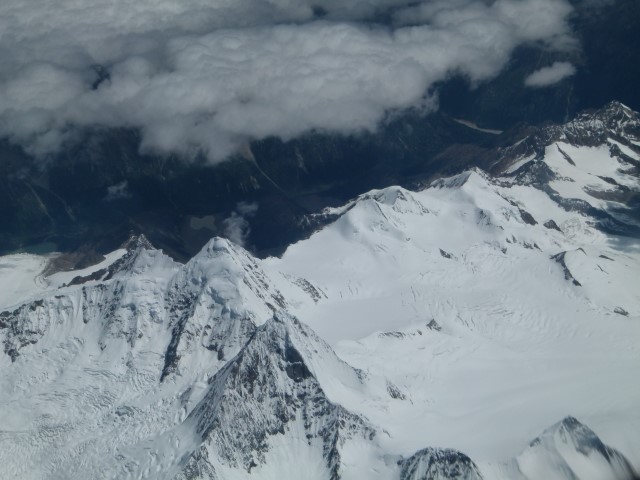 Micha Tomkiewicz, Ph.D., is a professor of physics in the Department of Physics, Brooklyn College, the City University of New York. He is also a professor of physics and chemistry in the School for Graduate Studies of the City University of New York. In addition, he is the founding-director of the Environmental Studies Program at Brooklyn College as well as director of the Electrochemistry Institute at that same institution.
View all posts by climatechangefork →
This entry was posted in Climate Change and tagged altitude, Chang Jiang, China, Chongqing, CO2, CO2 emissions, dam, displace, displacement, Emissions, Energy, Energy Consumption, energy generation, Fengdu, Flood, Glacier, Himalayas, Lhasa, mountain, Population, propaganda, river, snow, Sustainability, Sustainable, three gorges dam, Tibet, Water, Water Cycle, Yangtze, Yangzi, Yellow River, Yichang. Bookmark the permalink.