Election: Battle of the Sexes

Posted on October 25, 2016 by climatechangefork 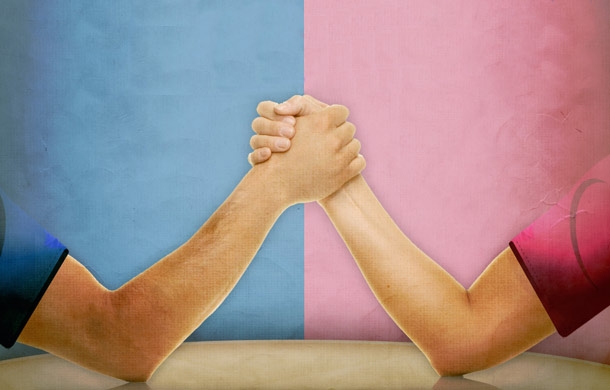 Last week, I posited that: “Donald Trump attempted to downplay or disregard any fallout from his actions, concentrating instead on throwing red meat to keep at least his most dedicated supporters happy.”

In this blog I had initially planned to delve into the makeup of these dedicated supporters and to try to estimate their number. I shared the common perception that they were mainly white males with no college education. I was ready to analyze this hypothesis through data similar to those I have presented earlier (March 29, 2016); see Figure 1 for a breakdown of voting patterns by education levels. Clearly, the level with the least education usually doesn’t vote. I thought perhaps Trump would be enough of a draw to make many of them become more involved and flock to register and vote. Well, it’s already past the registration deadline in many states and some early voting already started. There is no sign of any such influx. 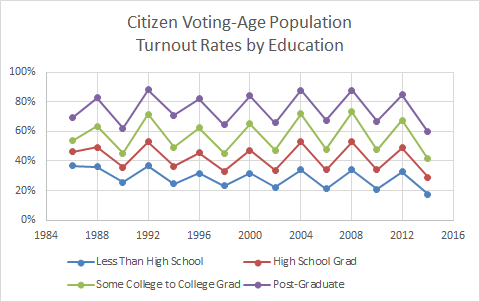 As I was contemplating where to go with this, FiveThirtyEight came up with some stunning findings, shown here in Figures 2 and 3. These two figures show projected election results if voting were restricted to a single gender. Overwhelmingly, men would have elected Donald Trump and women would have elected Hilary Clinton. The results were so striking that many Trump constituents half-seriously suggested repealing the 19th Amendment. That amendment, added to the US constitution in 1922, prohibits any citizen from being denied the right to vote on the basis of sex. 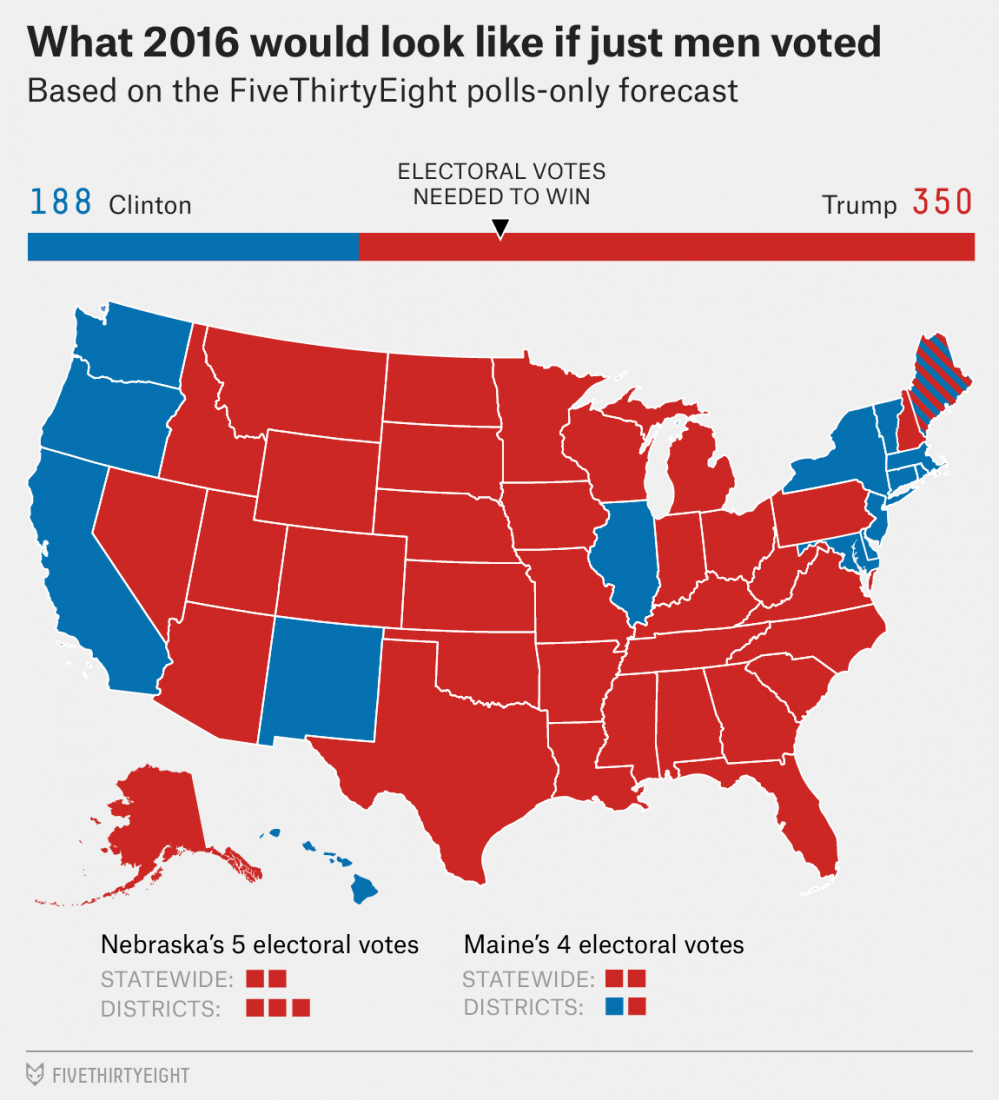 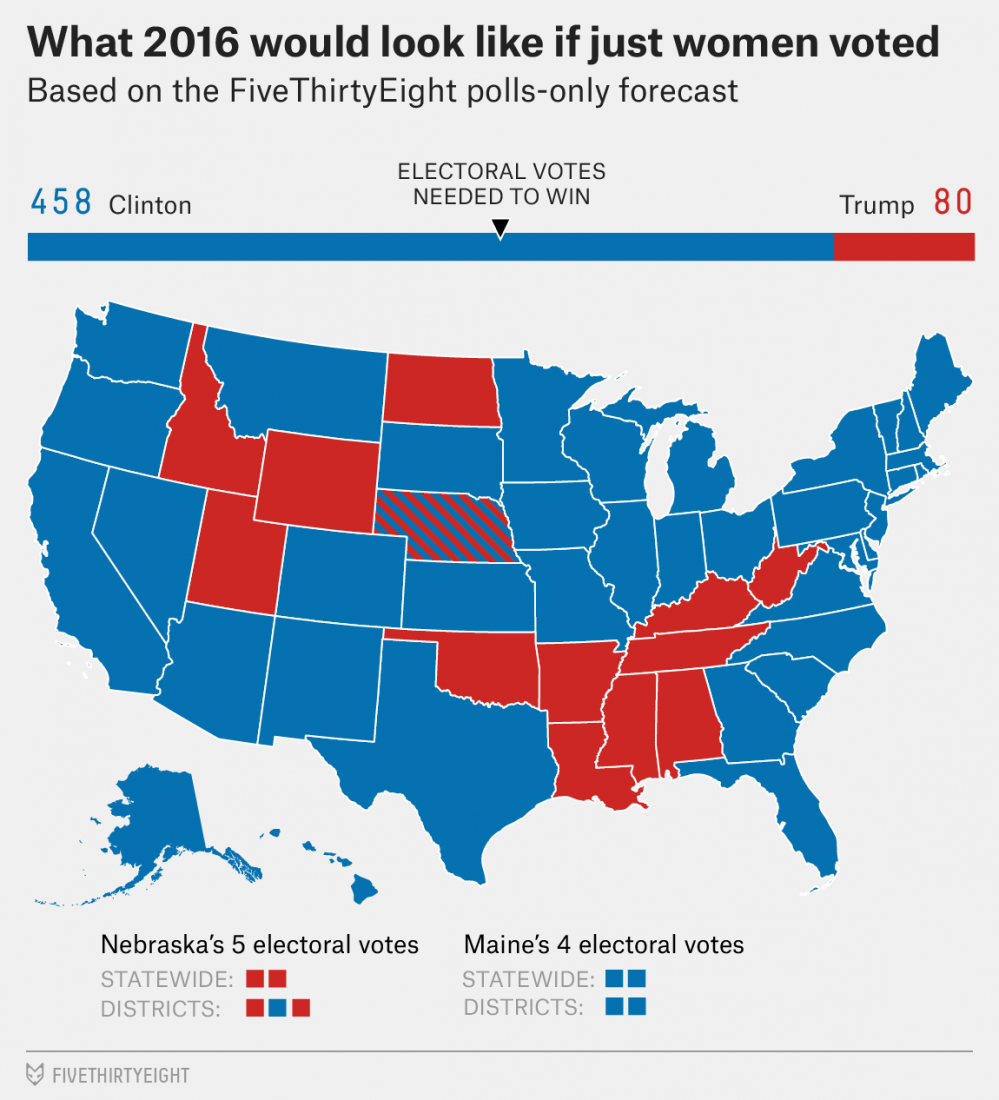 A few days after FiveThirtyEight published these findings, the Economist printed its own set of data, shown here in Figure 4. 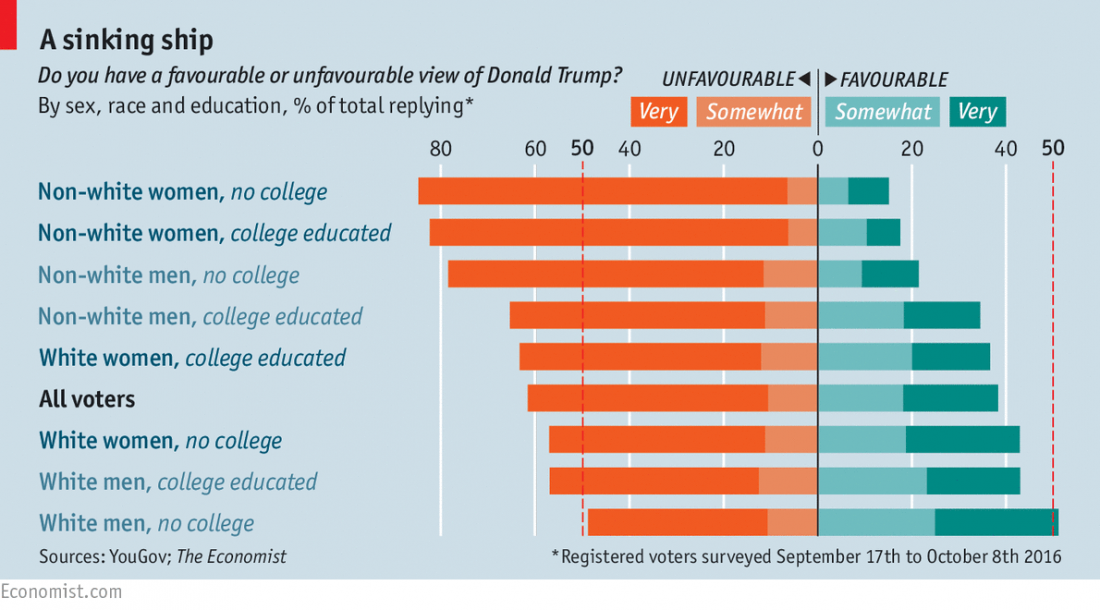 The only conclusion that I could draw from these data is that education level is not the critical parameter; the real decider is gender.

Much of this comes from the perception of Clinton’s lack of traditionally ideal female qualities. Case in point: the continuous emphasis on her trust, likability, and honesty (August 9 blog). Furthermore, there’s Christopher Andersen’s biography of her, American Evita, in which he states that she curses in a way that, “would make Howard Stern blush” – what horror!

Aside from repealing the 19th Amendment, another possible solution to the gender asymmetrical polling could be to divide the United States between men and women to form two fully sovereign states. We’d have an Amazon land ruled by Hillary Clinton and a macho land ruled by Donald Trump. If Trump wanted to grope women he’d have to negotiate a trade agreement with Hillary. If both half-countries agreed to such a split it would probably be constitutional, so the courts wouldn’t have to intervene. Trump might even appoint Pat McCrory, the governor of North Carolina as the gate keeper.

I am an educated white male but I am not ashamed to say that I would not want to live within a Trump-governed male state. I suppose that statistically I align better with white females who have not attended college.

3 Responses to Election: Battle of the Sexes