Visible Transition to the Middle Class

Posted on August 1, 2017 by climatechangefork

I am back from a family vacation that took me to Australia, South Korea, Vietnam, Cambodia, Thailand, and a few other Asian countries. I still haven’t completely recuperated from the jet lag (distance, duration, and age) so this blog will be heavy on photographs that I took on the trip. As usual, I tried to look around to see if I could identify any markers with useful global implications that I could use in class and include in the blog. One of the interesting aspects of the countries that I visited is that they span a range from developing to developed nations, starting with Cambodia on one end and ending with Australia on the other.

Table 1 shows the GDP/Capita (PPP – US$) of these countries (taken from the IMF 2016 data). I also included China and the world as a whole to give context. I wrote blogs (August 11 and 18, 2015) that addressed similar issues after my vacation in China and intend to correlate some of the data from these countries with what I covered then.

Last week’s blog discussed the global shift taking place in primary carbon emissions origins from the production of electricity to transportation. My analysis points to the growth of the global middle class as the main cause of this shift. “Global Trends” described the group as follows:

Going back to Table 1, it is clear that Australia and South Korea are fully developed countries while the other countries in Southeast Asia that I visited are in various stages of development. Cambodia has yet to reach the “middle class” level; Vietnam is on the lower end and China and Thailand rest in the middle of the scale.

The transportation transition from bicycles to cars in China was mostly generational. These other countries’ transitions from scooters to automobiles have been much more gradual.

Figures 1 and 2 show “typical” urban traffic in Hanoi and Bangkok. Thailand has a similar GDP/Capita to China, and in the Thai capital of Bangkok, traffic looks almost identical to that which dominated Shanghai when I went two years ago – almost entirely made up of automobiles and not much different from what you would see in other large metropolitan areas like Seoul, Sidney, or my home of New York City. The traffic in Hanoi, which sits on the lower end of the middle class scale, is more of a mix of scooters and cars. 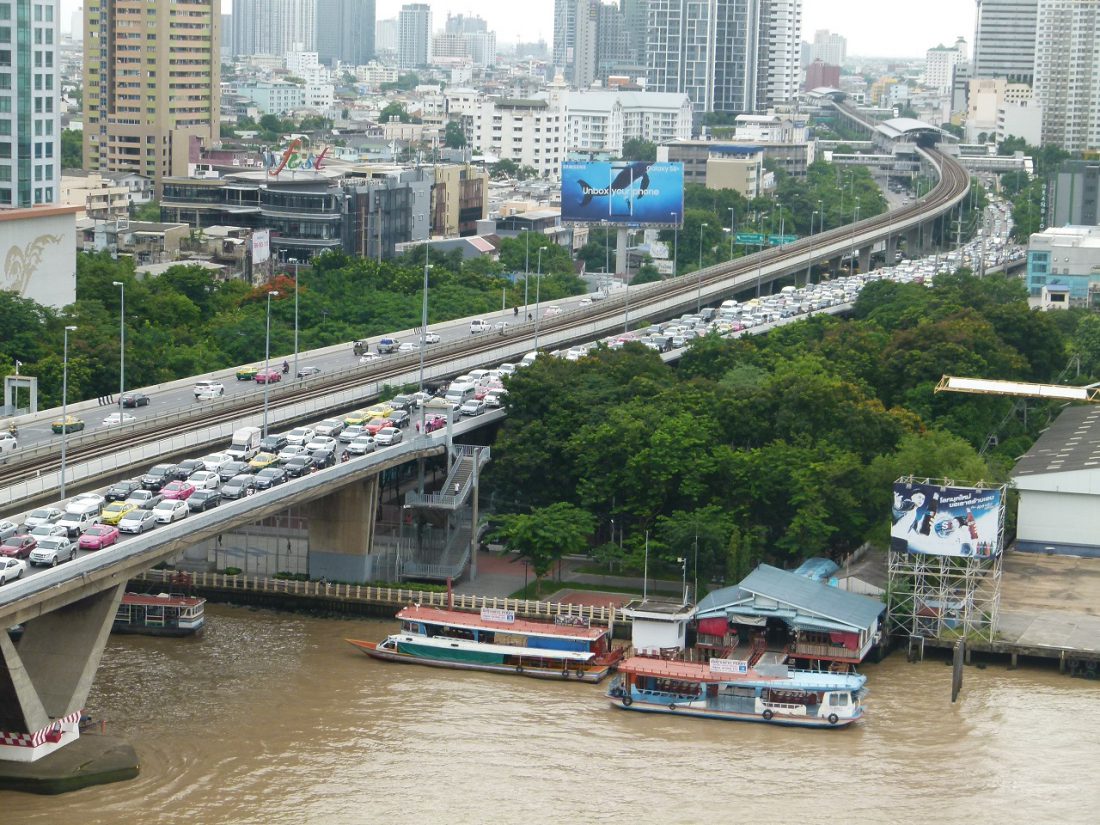 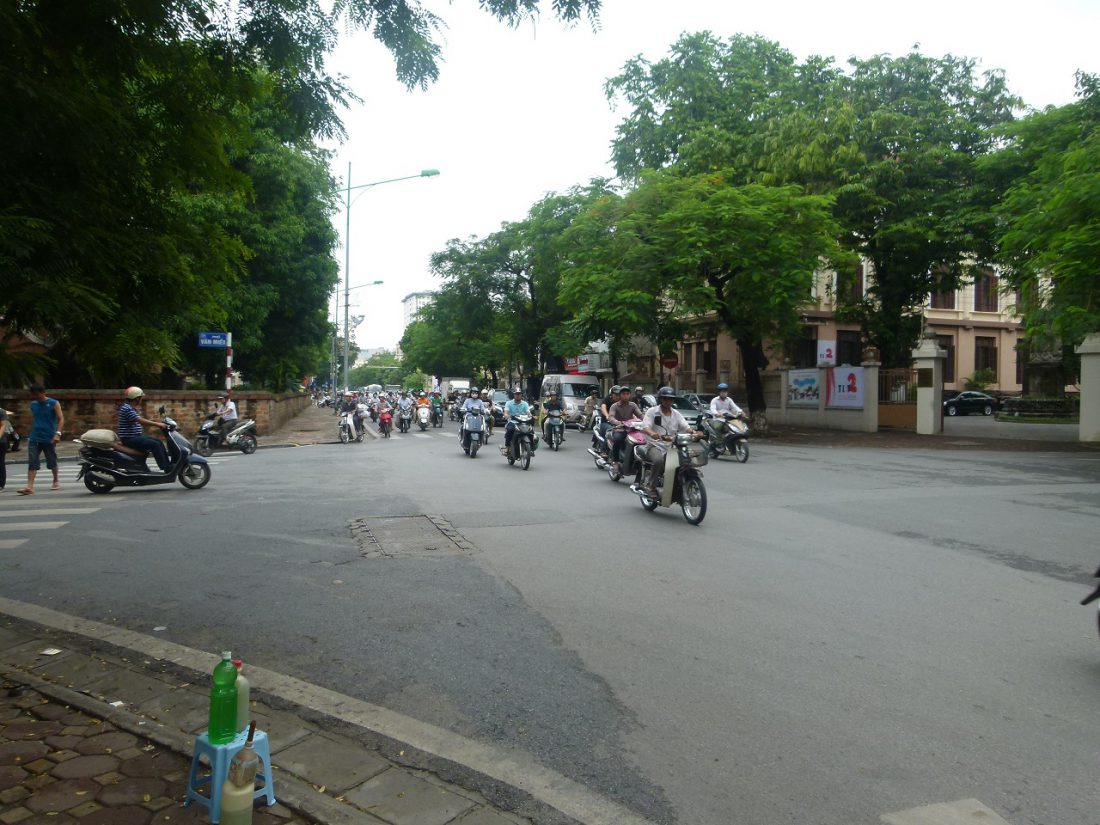 Figures 3 and 4 show a coffeehouse in Hanoi with its predominant clientele of socializing youngsters and their preferred transportation. 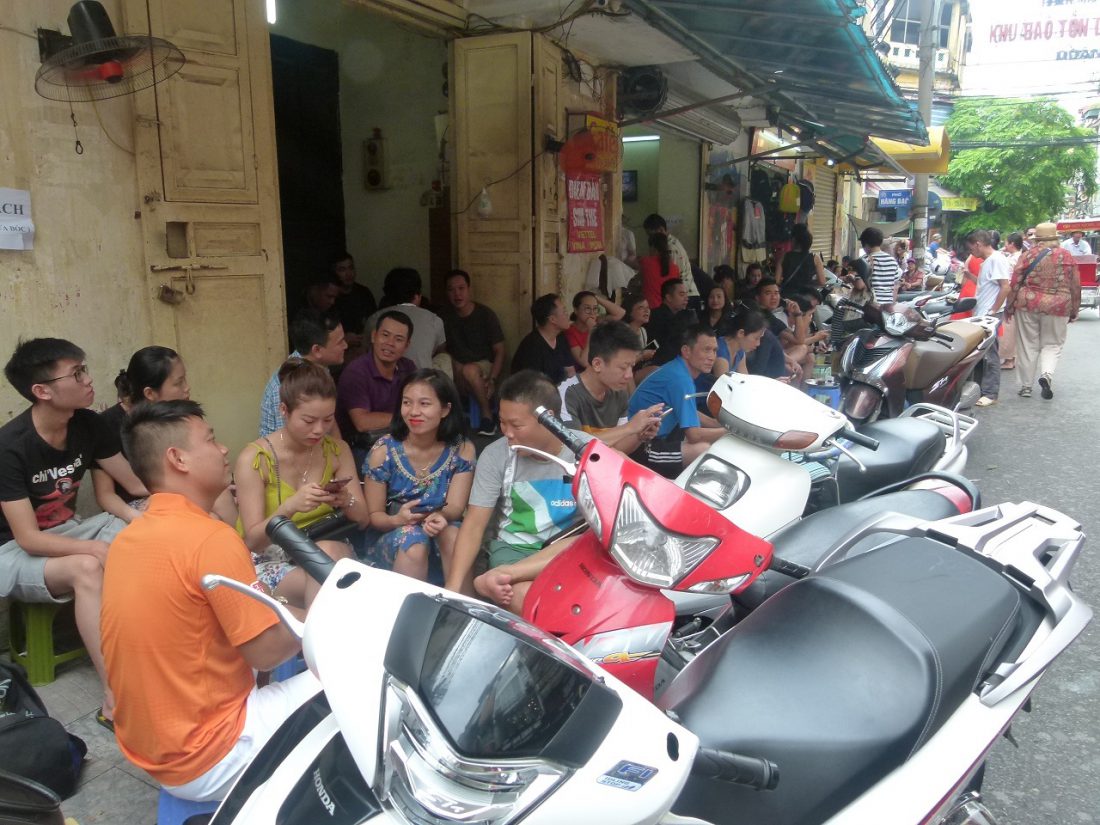 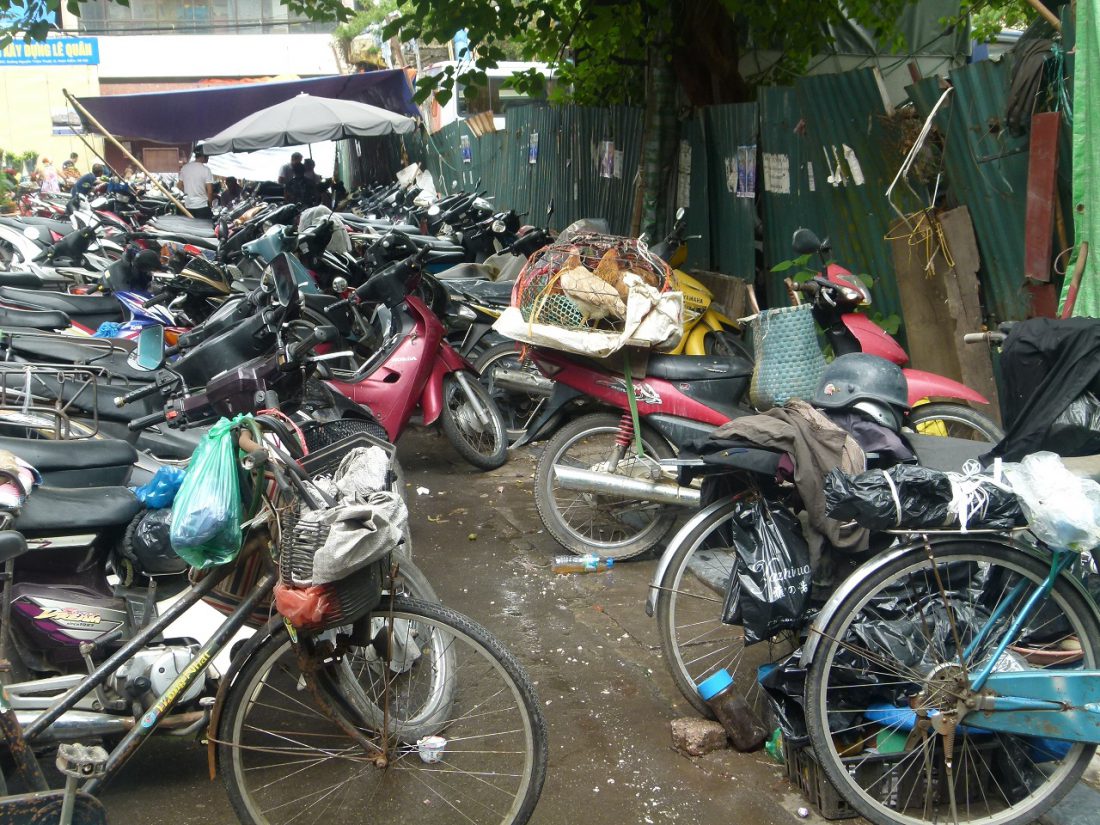 Figure 4 – “Parking lot” near the coffee shop from Figure 3

Figures 5 and 6 show the loading of extra-large loads on a scooter and a bike. Figure 5 was taken at a painting gallery near the coffee shop in Hanoi while Figure 6 is from an exhibit at a museum in the same city. It is worth noting that the latter has been deemed worthy of such display. 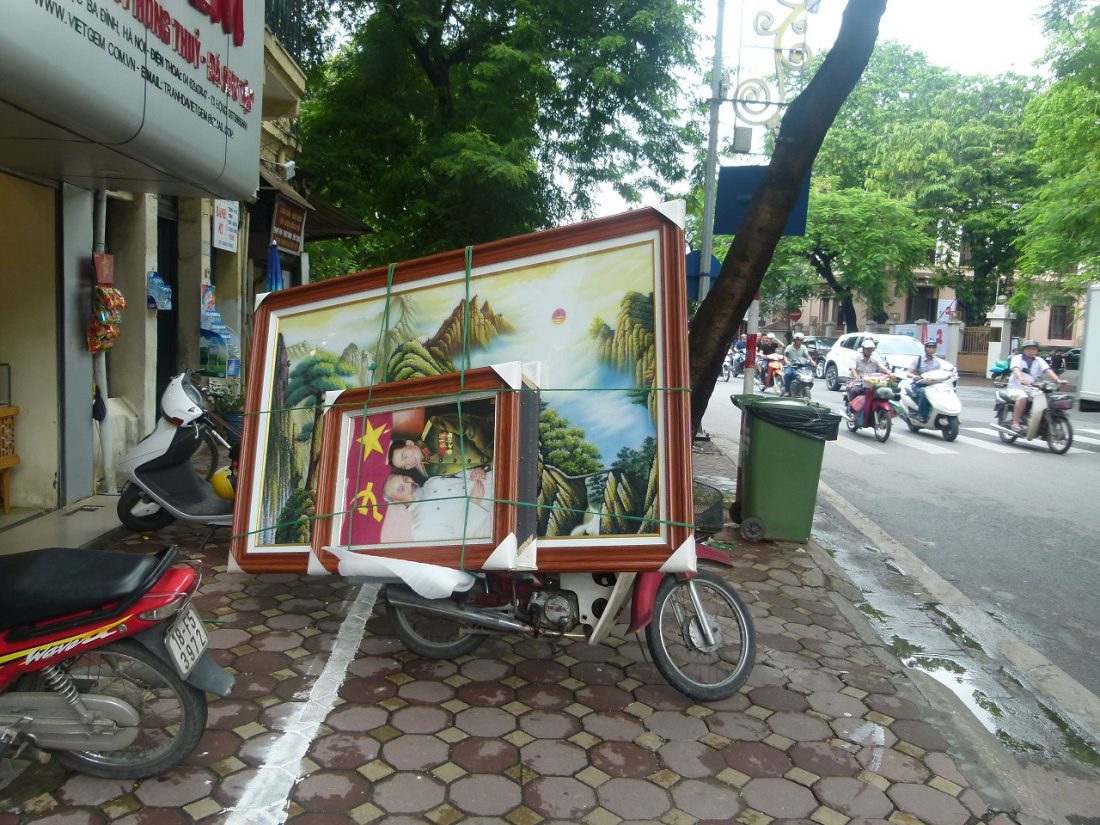 Figure 5 – A loaded up scooter in Hanoi 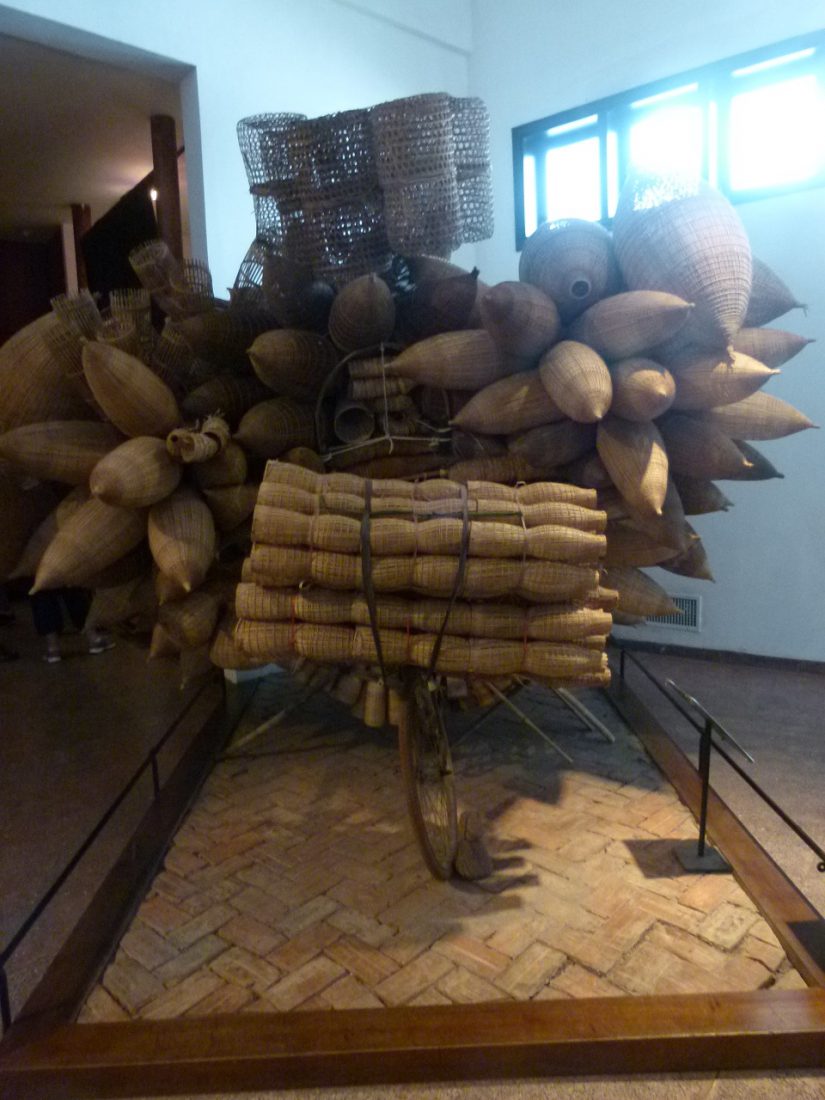 Figure 6 – A fully loaded bike, as shown at a museum in Hanoi

Families riding together on scooters (Figure 7) are a common sight in both Vietnam and Cambodia that makes me extremely nervous. I have no idea about any safety rules or regulations in place but safety doesn’t seem to be their primary concern. 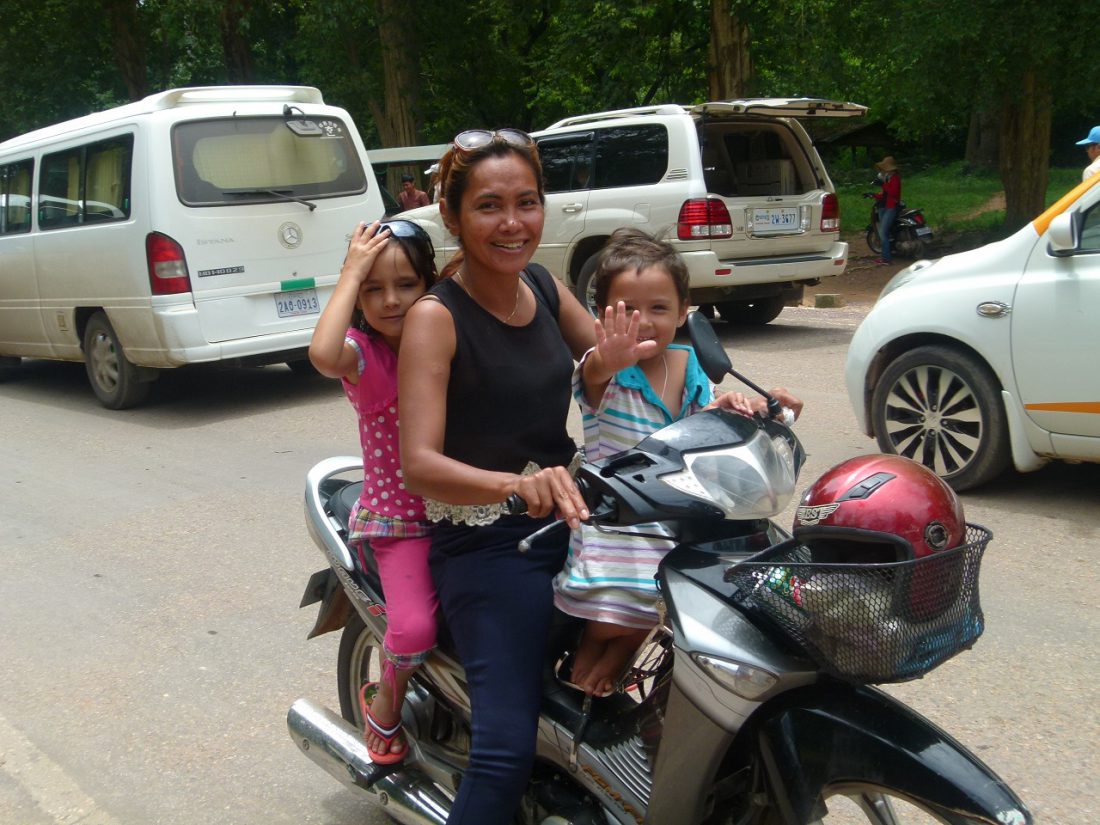 Starting next week I will get back to climate change. The headline-dominating stories here in the US and around the world are starting to bore me and many others. Climate change doesn’t seem to be at the forefront of the news now but many things are in motion behind the spotlight and it’s time to refocus.