Posted on September 5, 2017 by climatechangefork 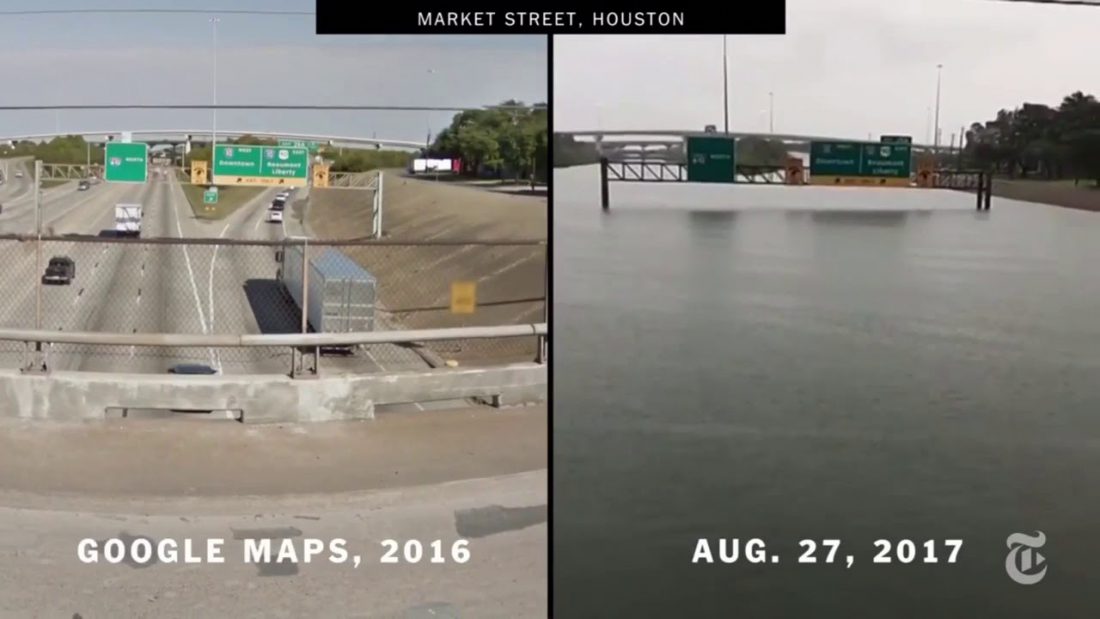 Figure 1 – Before and during Harvey 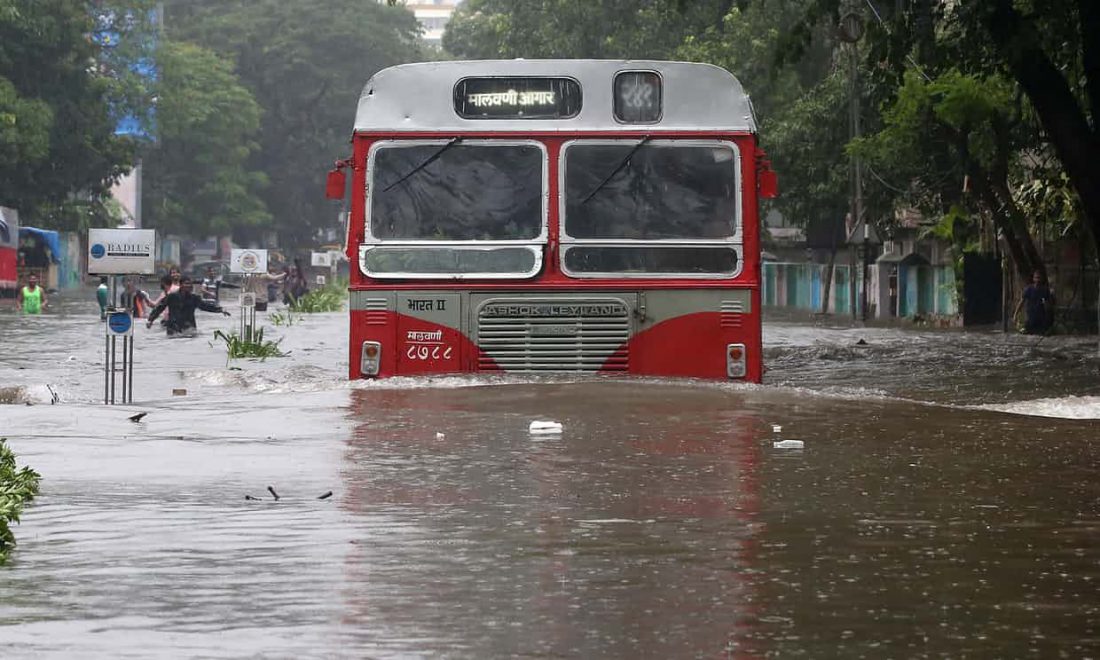 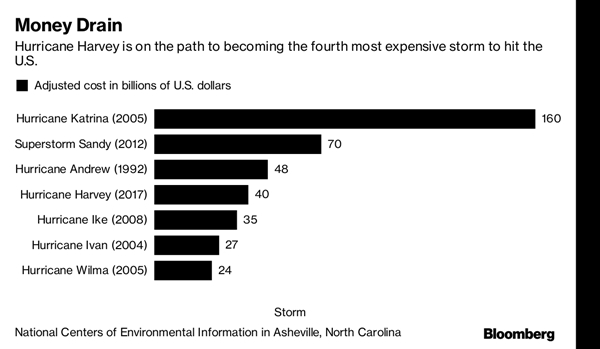 Figure 3 – Cost of recent hurricanes in the US

The three figures above demonstrate early signs of a climate-related doomsday. Figure 1 shows Market Street in Houston both before and during Harvey last week. The side-by-side photographs look like two different worlds. People have referred to the hurricane-powered rain that flooded Houston – in many places reaching depths of close to two feet – as a biblical deluge. Indeed, throughout history, we often have turned to religion to account for natural events that we did not understand. This tendency is fine unless it freezes our resolve to mitigate our own impacts on the physical environment.

Wikipedia describes floods such as the one found in the Bible:

A flood myth or deluge myth is a narrative in which a great flood, usually sent by a deity or deities, destroys civilization, often in an act of divine retribution. Parallels are often drawn between the flood waters of these myths and the primeval waters found in certain creation myths, as the flood waters are described as a measure for the cleansing of humanity, in preparation for rebirth. Most flood myths also contain a culture hero, who “represents the human craving for life”.[1]

The flood myth motif is found among many cultures as seen in the Mesopotamian flood stories, Deucalion in Greek mythology, the Genesis flood narrative, Manu in Hinduism, Bergelmir in Norse Mythology, in the lore of the K’iche’ and Maya peoples in Mesoamerica, the Lac Courte Oreilles Ojibwa tribe of Native Americans in North America, the Muisca, and Cañari Confederation, in South America, and the Aboriginal tribes in southern Australia.

As we can see, floods play a major role in countless religions; in many, they constitute divine retribution for human misbehavior – this fits with the principal elements of climate change. Almost all the religious texts allow for remediation of that wrath through a change in human behavior. Nearly half of the United States, including our government, appears reticent to make such changes.

Biblical deluges and their equivalents are almost always global. So are ours. Figure 2 shows a photograph from a Guardian piece on Mumbai, the largest city in India:

Heavy monsoon rains have brought Mumbai to a halt for a second day as the worst floods to strike south Asia in years continued to exact a deadly toll. More than 1,200 people have died across India, Bangladesh and Nepal as a result of flooding, with 40 million affected by the devastation. At least six people, including two toddlers, were among the victims in and around India’s financial capital. The devastating floods have also destroyed or damaged 18,000 schools, meaning that about 1.8 million children cannot go to classes, Save the Children warned on Thursday.

This is a worldwide problem.

Figure 3 shows the price tag associated with estimates of the damage that recent hurricanes have inflicted on the US. The cost it lists for Harvey is 40 billion dollars. However, while the source of the information is a reputable organization, it reflects an estimate presented at the beginning of the storm. There is no way that anybody could have accurately approximated the final economic impact. Indeed, a few days after that initial figure, some publications came out with an estimate of $160 billion and the September 2nd issue of The Economist – which features the flood on its front page – presented the cost as $100 billion. Real money. Imagine that occasionally, as is expected, we are going to be hit simultaneously by more than one storm of this intensity.

These probabilities are inferred based on the history of the events – not on evaluation of future probabilities. The list in Figure 3 and the detection of a new hurricane, Irma, which is now crossing the Atlantic, are powerful indications that these historically-based probabilities are no longer valid and that the overarching occurrence we now refer to as climate change is bringing with it different, much higher, probabilities.

Shortly before Harvey hit, President Trump cancelled some of the major efforts that the Obama administration made to try to mitigate the impact of these changes. Business Insider covered the story:

Ten days before Hurricane Harvey descended upon Texas on Friday, wreaking havoc and causing widespread flooding, President Donald Trump signed an executive order revoking a set of regulations that would have made federally funded infrastructure less vulnerable to flooding.

Attribution of the changing climate to human activities is an important issue. Climate and weather have changed throughout Earth’s history (around 4.8 billion years). Direct human impact started only recently. The common starting reference point is the beginning of the Industrial Revolution in the middle of the 18th century, because it drew its power from fossil fuels. In other words, hurricanes were around but the only clear human contribution to a storm like Harvey before that time was its name. However, it now borders on certainty that human-triggered (anthropogenic) climate change is a major cause in the variability and intensification of the weather events. “Harvey would have been here with or without human contributions,” is a meaningless statement. Yes, Harvey would have probably occurred but as a much less intense storm with a much milder impact. I will return to our attempts to quantify human attributions in future blogs. Here is a summary of the human attribution analysis of Harvey by a noted climatologist:

There are essentially two global warming mechanisms at play here, according to Mann. First, sea levels in the Houston region have risen by more than half a foot over the past few decades due to global warming. That obviously makes it much more likely for an area to flood.

The second — and more complicated — factor is the amount of moisture in the air. As Mann explained, the rising temperatures in the region add up to 1°C to 1.5°C higher temperatures than average a few decades ago. Based on the Clausius-Clapeyron equation, Mann calculated that amounts to roughly 3 to 5 percent more moisture in the atmosphere — which means more rain.

“That large amount of moisture meant the potential for much greater rainfalls and greater flooding,” he noted.

He also goes into one last, but less certain, issue: It’s possible that global warming contributed to Harvey “stalling” near the Texas coast, due to “‘stationary’ summer weather patterns” that Mann argued global warming may contribute to. (He cited a recent paper in Nature about it.) This stalling is one of the reasons Harvey has become so dangerous: It’s expected to stay in the area for days, blasting the region with literally feet of rainfall.

“In conclusion, while we cannot say climate change ‘caused’ hurricane Harvey (that is an ill-posed question), we can say that it exacerbate several characteristics of the storm in a way that greatly increased the risk of damage and loss of life,” Mann wrote. “Climate change worsened the impact of Hurricane Harvey.”

Other climatologists agree with Mann. Kevin Trenberth, a senior scientist at the US National Center for Atmospheric Research, told the Atlantic, “The human contribution can be up to 30 percent or so up to the total rainfall coming out of the storm. … It may have been a strong storm, and it may have caused a lot of problems anyway — but [human-caused climate change] amplifies the damage considerably.”

That helps explain how Harvey suddenly led to what experts have called a 500-year flood.

Other climatologists agree with this 30% attribution.

What about insurance against future events?

An editorial in the NYT summarizes the history of federal flood insurance and addresses necessary steps post-Harvey:

It was clear long before Hurricane Harvey slammed into Texas that the National Flood Insurance Program, the government’s most important means of recovering from such disasters, needed to be overhauled. It fails to account for the full extent of flood risk, encourages development in areas known to be flood-prone and is not realistically funded.

Congress created the program in 1968 after most private insurers stopped selling flood policies or began charging very high premiums because the business had become too risky.

In recent years, the staggering costs of storms like Katrina and Sandy have left the program, which has about five million policies, with a nearly $25 billion debt to the federal government.

Congress is to blame for this. It requires the Federal Emergency Management Agency, which administers the program, to subsidize premiums, but has not provided it with money to do so. Reform efforts in recent years have fallen short, but lawmakers have another chance to fix the program, which will lapse if not reauthorized by Sept. 30.

It is being reported that 85% of Houston homeowners don’t have flood insurance.