Posted on November 14, 2017 by climatechangefork

Our government’s executive and legislative branches, are in the midst of discussing two important issues: tax breaks and climate change. Well, in truth, the only real discussion going on has to do with the tax legislation. Climate change is only being addressed indirectly – The Trump administration officially approved the congressionally-mandated climate change report (discussed previously in the August 15, 2017 blog) that was compiled by scientists from 13 government agencies. It now becomes an “official” document, in spite of the fact the White House claims that the President never read it. Meanwhile, right now in Bonn, Germany the 23rd Conference of the Parties (COP23) to the United Nations Framework Convention on Climate Change (UNFCCC) is taking place. One hundred ninety-five nations are there to discuss implementation of the 2015 Paris Agreement. As we all remember, President Trump announced in June his intention to withdraw the US from this agreement. Nevertheless, the US is a full participant in this meeting. Syria has just announced that it will be joining this agreement, making the US the only country in the world to back out.

Let me now come back to taxes, starting with Forbes magazine’s “Tax Reform for Dummies”:

You see, they were planning to repeal Obamacare using something called the “budget reconciliation process,” and pay attention, because this becomes relevant with tax reform. Using this process, Congress can pass a bill that’s attached to a fiscal year budget so long as:

More importantly, using the reconciliation process, Republicans can pass a bill with only a simple majority in the Senate (51 votes), rather than the standard 60. And as mentioned above, the GOP currently holds 52 seats in the Senate, meaning it could have pushed through its signature legislation without a SINGLE VOTE from a Democrat, which is particularly handy considering that vote was never coming.

Well, the Republicans in Congress were able to pass this resolution with a simple majority, specifying that by using dynamic scoring, they will not increase the budget deficit after the specified 10-year period. They set the limit for this accounting as a deficit no larger than $1.5 trillion (1,500 billion to those of us that need help with big numbers). Here is an explanation of dynamic scoring:

To give you an understanding of that timeline and budget, here’s a graph of our national deficit: 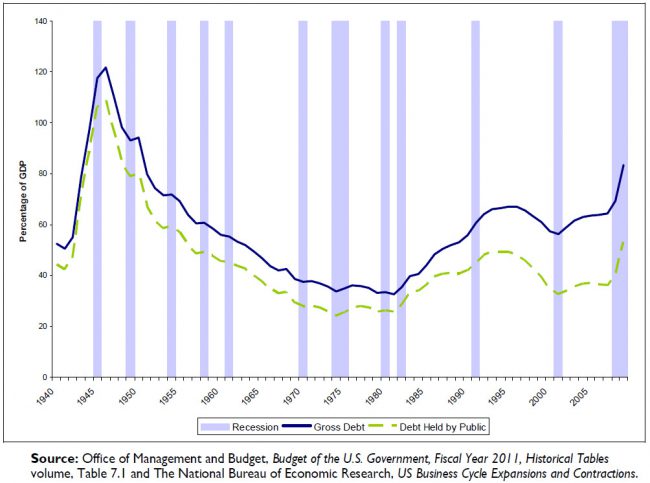 Republican rationale for dynamic scoring in tax cuts is that, “Tax cuts pay for themselves”:

Ted Cruz got at a similar idea, referencing the tax plan he unveiled Thursday: “[I]t costs, with dynamic scoring, less than $1 trillion. Those are the hard numbers. And every single income decile sees a double-digit increase in after-tax income. … Growth is the answer. And as Reagan demonstrated, if we cut taxes, we can bring back growth.”

Tax cuts can boost economic growth. But the operative word there is “can.” It’s by no means an automatic or perfect relationship.

We know, we know. No one likes a fact check with a non-firm answer. So let’s dig further into this idea.

There’s a simple logic behind the idea that cutting taxes boosts growth: Cutting taxes gives people more money to spend as they like, which can boost economic growth.

Many — but by no means all— economists believe there’s a relationship between cuts and growth. In a 2012 survey of top economists, the University of Chicago’s Booth School of Business found that 35 percent thought cutting taxes would boost economic growth. A roughly equal share, 35 percent, were uncertain. Only 8 percent disagreed or strongly disagreed.

But in practice, it’s not always clear that tax cuts themselves automatically boost the economy, according to a recent study.

“[I]t is by no means obvious, on an ex ante basis, that tax rate cuts will ultimately lead to a larger economy,” as the Brookings Institution’s William Gale and Andrew Samwick wrote in a 2014 paper. Well-designed tax policy can increase growth, they wrote, but to do so, tax cuts have to come alongside spending cuts.

And even then, it can’t just be any spending cuts — it has to be cuts to “unproductive” spending.

President Reagan’s tax cut that Senator Cruz is referring to took place in 1981 in the middle of a serious recession. But it came at the heels of a post-war deficit. The tax cut did not pay for itself.

We can now return to the executive summary that precedes the recently-approved government Climate Science Special Report. I am condensing it into the main , each of which receives a detailed discussion in the full 500-page report:

We constantly worry what kind of damage we in the US are about to experience from these impacts, given the prevailing business-as-usual scenario. Fortunately, a detailed paper in Science Magazine (Science 356, 1362 (2017)) gives us some answers:

Estimating economic damage from climate change in the United States 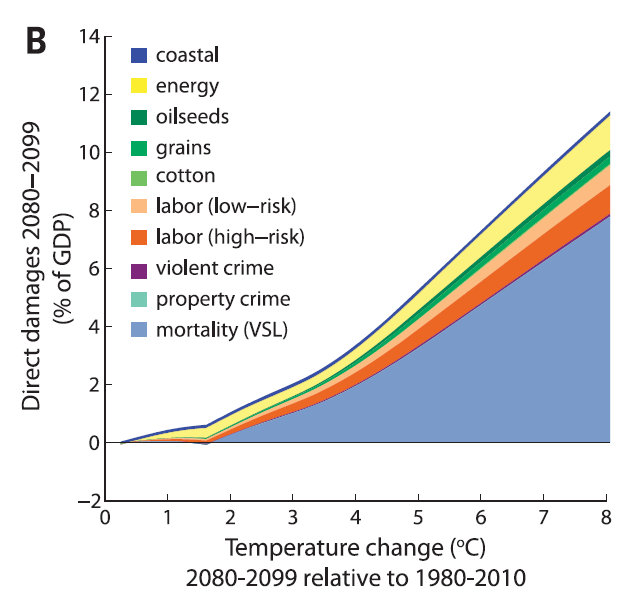 Accounting through dynamic scoring should count losses as well as gains – in this case, those resulting from climate change. Next week I will expand on this topic.