Birobidzhan and the Jewish Autonomous Oblast

Posted on December 22, 2020 by climatechangefork

If you search this blog for the term, “environmental immigration,” you’ll find about 16 entries, including several guest blogs that my students wrote as their concluding research projects. The post from April 3, 2018 summarizes some of the findings from the 2017 Intelligence Report regarding the hazards such migration poses:

My students and I continue to follow the subject. Of course, since much of our attention is focused on the US, we dwell a lot on climate change’s negative impacts on immigration. We look at both the populations that are forced to leave their homes and the recipient countries that often view such migrants as threats to their national security and economic well being.

However, I have several students from northern countries—mostly from Russia—who have a very different perception of the impact of climate change. From the perspective of their native lands, climate change can be a blessing.

While the lists of the coldest countries in the world vary, they invariably include those that border on the Arctic Circle. The website, “Swedish Nomad” gives Russia the top spot, followed by Greenland, Canada, and the US. All of them border the Arctic. “Wow Travel” puts Antarctica first (a slightly awkward choice because, while there are no countries in Antarctica, seven nations claim different parts of it), followed by the US (mainly due to Alaska), Russia (Siberia), Norway, and Mongolia.

In that context, it shouldn’t be a surprise that I recently found a New York Times Magazine article about the countries (and states) that will benefit from the environmental migrants that climate change produces: “How Russia Wins the Climate Crisis – Climate change and its enormous human migrations will transform agriculture and remake the world order – and no country stands to gain more than Russia.”

… Across Eastern Russia, wild forests, swamps and grasslands are slowly being transformed into orderly grids of soybeans, corn and wheat. It’s a process that is likely to accelerate: Russia hopes to seize on the warming temperatures and longer growing seasons brought by climate change to refashion itself as one of the planet’s largest producers of food.

Around the world, climate change is becoming an epochal crisis, a nightmare of drought, desertification, flooding and unbearable heat, threatening to make vast regions less habitable and drive the greatest migration of refugees in history. But for a few nations, climate change will present an unparalleled opportunity, as the planet’s coldest regions become more temperate. There is plenty of reason to think that those places will also receive an extraordinary influx of people displaced from the hottest parts of the world as the climate warms. Human migration, historically, has been driven by the pursuit of prosperity even more so than it has by environmental strife. With climate change, prosperity and habitability — haven and economic opportunity — will soon become one and the same.

And no country may be better positioned to capitalize on climate change than Russia. Russia has the largest land mass by far of any northern nation. It is positioned farther north than all of its South Asian neighbors, which collectively are home to the largest global population fending off displacement from rising seas, drought and an overheating climate. Like Canada, Russia is rich in resources and land, with room to grow. Its crop production is expected to be boosted by warming temperatures over the coming decades even as farm yields in the United States, Europe and India are all forecast to decrease. And whether by accident or cunning strategy or, most likely, some combination of the two, the steps its leaders have steadily taken — planting flags in the Arctic and propping up domestic grain production among them — have increasingly positioned Russia to regain its superpower mantle in a warmer world.

The article describes the, “small village of Dimitrovo, which sits just 35 miles north of the Chinese border in a remote part of eastern Russia’s Jewish Autonomous Region.”

That last phrase caught me completely by surprise; I didn’t know that it still existed. As I’ve mentioned repeatedly, I grew up in Israel and completed my education there, so I was familiar with the history of that Jewish state. I am almost certain, however, that most of you reading this blog have never heard of it, so I think that some background is appropriate. As usual, I will reference Wikipedia:

Article 65 of the Constitution of Russia provides that the JAO is Russia’s only autonomous oblast. It is one of two official Jewish jurisdictions in the world, the other being Israel. 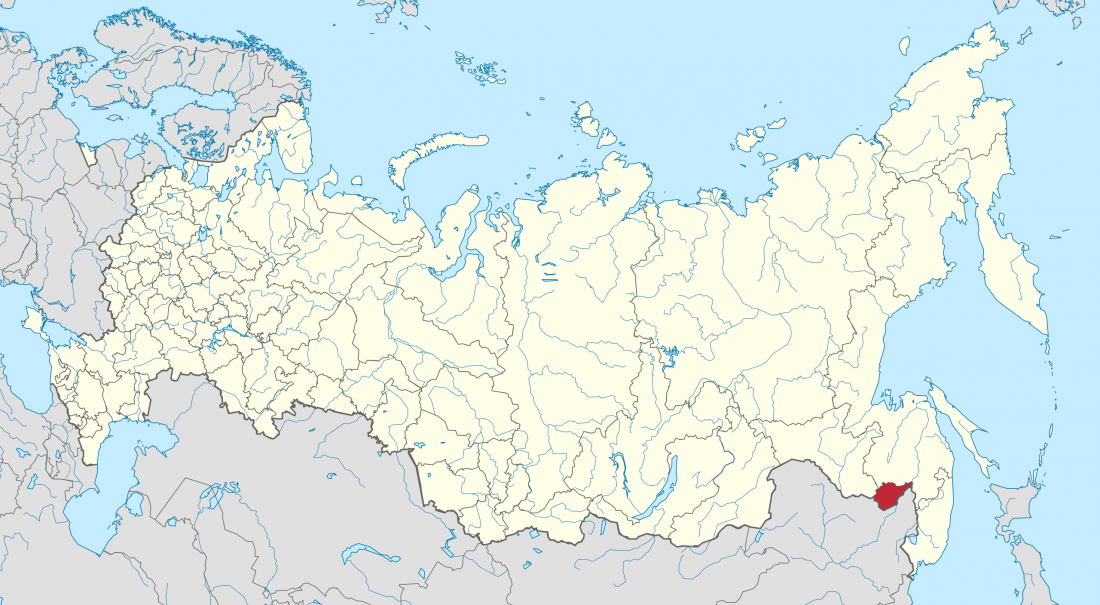 Map of Russia with the JAO on the south side of Siberia, marked in red (source: Stasyan117, Wikipedia) 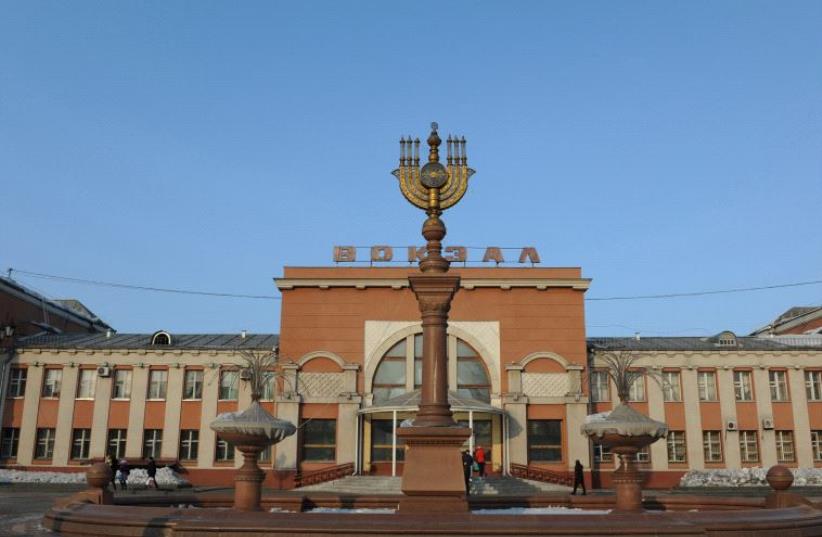 Menorah at the center of Birobidzhan

Figure 2 shows a structure in the center of the JAO’s administrative center, Birobidzhan, which features a large Jewish menorah with seven candles. It is a symbol that one can find in many synagogues and other Jewish structures. It is similar to the nine-candle menorah used to celebrate Hanukkah (which ended last Thursday evening).

Wikipedia gives us more about the JAO’s origins:

Although Judaism as a religion ran counter to the Bolshevik party’s policy of atheism, Vladimir Lenin wanted to appease minority groups to gain their support and provide examples of tolerance.[22]

In 1924, the unemployment rate among Jews exceeded 30%, partially as a result of pogroms[23] but also as a result of the policies of the USSR, which prohibited people from being craftspeople and small businessmen.[24] With the goal of getting Jews back to work to be more productive members of society, the government established Komzet, the committee for the agricultural settlement of Jews.[23]The Soviet government entertained the idea of resettling all Jews in the USSR in a designated territory where they would be able to pursue a lifestyle that was “socialist in content and national in form”. The Soviets also wanted to offer an alternative to Zionism, the establishment of Palestine as a Jewish homeland. Socialist Zionists such as Ber Borochov were gaining followers at that time and Zionism was a rival ideology to Marxism among left-wing Jews.[19] The location that was initially considered in the early 1920s was Crimea, which already had a significant Jewish population[19] Two Jewish districts (raiony) were formed in Crimea and three in south Ukraine.[23][25] However, an alternative scheme, perceived as more advantageous, was put into practice.[19]

I learned about the JAO in the context of other attempts during the last two hundred years to establish a Jewish state, including the modern version of Zionism, which started with Theodor Herzl (1860-1904). My schooling taught that the JAO was a failed effort that didn’t deserve a second thought. Now, climate change is resurrecting the area, transforming it into a place that may flourish as a global refuge for climate migrants, irrespective of their religion (as the NYT article makes clear, most of the climate refugees who flee to the JAO will probably be Chinese).

Micha Tomkiewicz, Ph.D., is a professor of physics in the Department of Physics, Brooklyn College, the City University of New York. He is also a professor of physics and chemistry in the School for Graduate Studies of the City University of New York. In addition, he is the founding-director of the Environmental Studies Program at Brooklyn College as well as director of the Electrochemistry Institute at that same institution.
View all posts by climatechangefork →
This entry was posted in Climate Change, Extreme Weather, immigration, refugee, Sustainability. Bookmark the permalink.