Posted on March 30, 2021 by climatechangefork 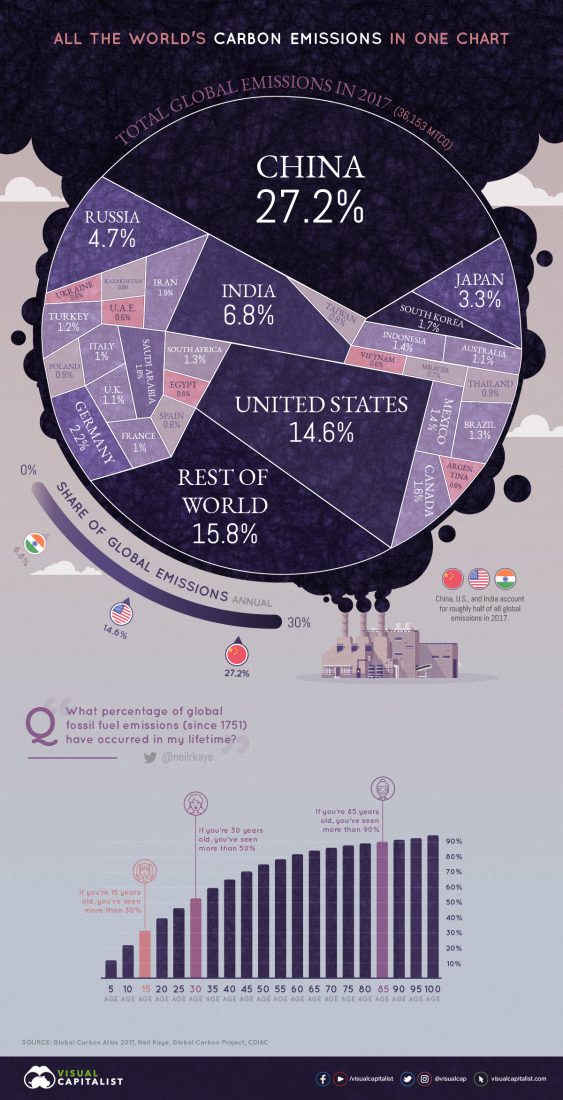 The new administration and the accompanying new leadership of many federal offices have strongly signaled a renewed and strengthened dedication to confront the challenges that we face in battling climate change. Our country’s act of rejoining the 2015 Paris agreement (see December 14, 2015 blog) was a key step in marking this transition. The eye-catching figures above summarize various nations’ carbon emissions, as of 2017, as well as the rise in fossil fuel emissions relative to the birth year of the observer. Not only is the US the second largest emitter, close to 90% of the total global emissions have been emitted during my lifetime; I’m not directly responsible for all of that but I still feel guilty.

Recently, many around the world have made commitments to reduce net carbon emissions to zero by mid-century. This is a solid goal but it puts much of the burden on future generations. Many people who make such commitments now will not be alive to deal with the consequences should those promises prove hollow.

Last year, there was a report published that tried to quantify the actual commitments made during the Paris agreement, as compared to the overall objective of limiting carbon emissions enough to keep global temperature rise to less than 2oC (or 1.5oC). As we can see from Figure 2, the gap between intent and action is large. 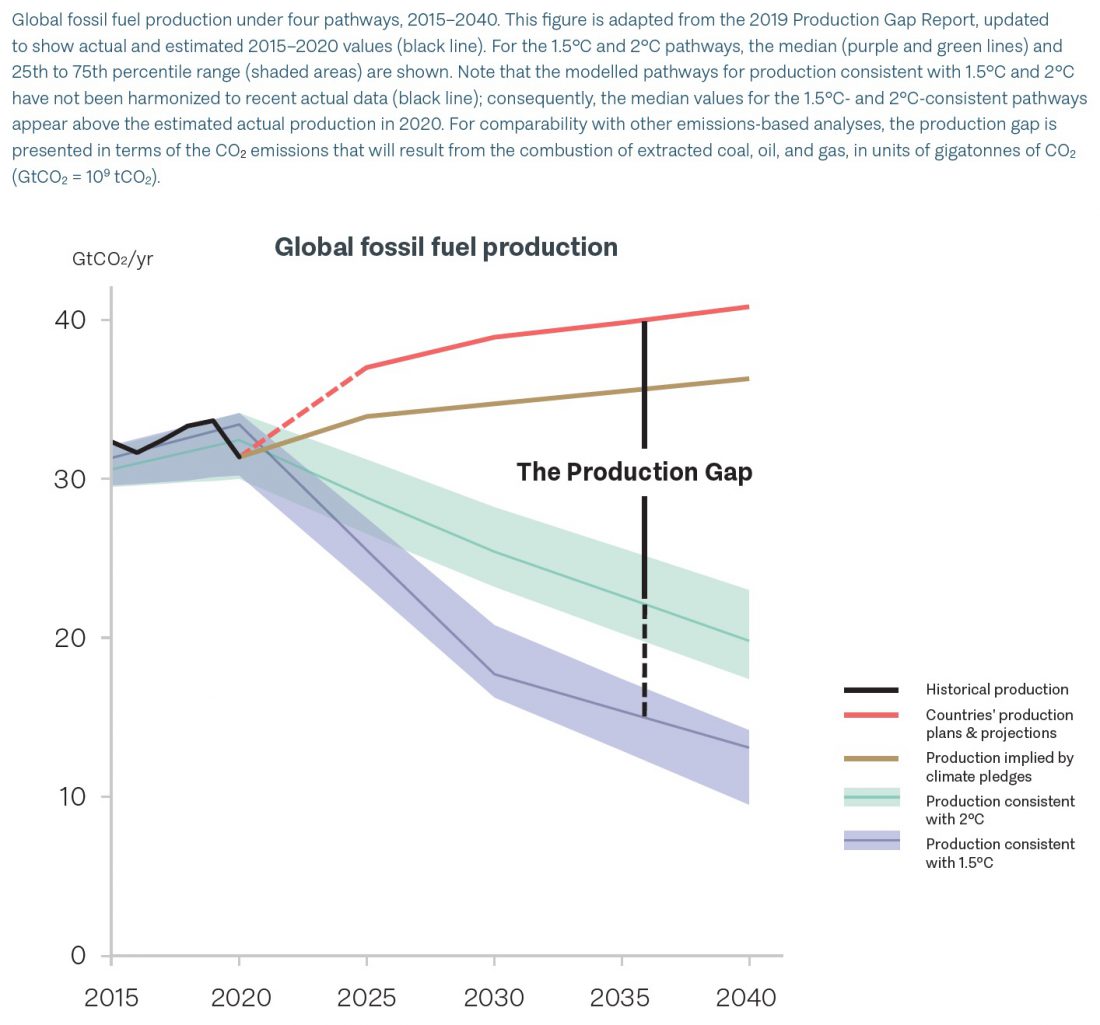 Figure 2 – This graph of global fossil fuel production (2015-2040) under 4 scenarios shows the vast disparities between the total Paris agreement pledges, a business-as-usual scenario, and the action needed to reach the objectives of limiting global temperature rise to 1.5oC or 2oC.

“The Production Gap: The discrepancy between countries’ planned fossil fuel production and global production levels consistent with limiting warming to 1.5°C or 2°C”

The first Production Gap Report was launched in November 2019 by leading research institutions and experts, in collaboration with the UN Environment Programme (UNEP). Modelled after UNEP’s Emissions Gap Report series — and conceived as a complementary analysis — the Production Gap Report conveys the large discrepancy between countries’ planned fossil fuel production and the global production levels necessary to limit warming to 1.5°C and 2°C. This year’s report comes as the COVID-19 pandemic and resulting lockdown measures impact societies — and their use and production of coal, oil, and gas — in unprecedented ways. The context for fossil fuel production is thus changing rapidly. Governments are pouring money into their economies, taking on increasing debt, and even changing environmental regulations in a bid to respond and recover from the pandemic’s economic and social fall-out. This could have lasting consequences for the nature and speed of transitions away from fossil fuels — and, consequently, for the production gap. This year’s report is a special issue that considers the production gap in the context of the COVID-19 pandemic. It recognizes that the world is still at a potential turning point towards a healthier and more resilient, low-carbon future. It considers government responses to the COVID-19-induced crisis and the implications of those responses for the production gap. It includes an interim update of the production gap, while acknowledging the current uncertainty of long-term government planning amid the focus on near-term solutions to the COVID-19 crisis. Next year, the 2021 Production Gap Report will include a broader assessment of the production gap, including the country profiles that were a centrepiece of the 2019 report.

The steps suggested in the Production Gap Report are not much different from the new shifts in policy that President Biden announced on his inauguration day. Unfortunately, they are not quantitative and they don’t secure key requirements necessary to significantly slow mid-century warming. Next week, I will focus on intermediary markers and their feasibility and effectiveness in global efforts for long-term mitigation.

Micha Tomkiewicz, Ph.D., is a professor of physics in the Department of Physics, Brooklyn College, the City University of New York. He is also a professor of physics and chemistry in the School for Graduate Studies of the City University of New York. In addition, he is the founding-director of the Environmental Studies Program at Brooklyn College as well as director of the Electrochemistry Institute at that same institution.
View all posts by climatechangefork →
This entry was posted in Climate Change, Sustainability, US and tagged China, Climate Change, CO2, CO2 emissions, Coal, commitment, Emissions, Environment, fossil fuel, Future, Gas, Global Warming, India, Paris 2015, Paris Agreement, production gap, promise, temperature rise, UN, UNEP, US. Bookmark the permalink.