Posted on December 28, 2021 by climatechangefork

This is my last blog of 2021, a year that has been—to put it mildly—not great for almost anybody. Let us hope that 2022 will unfold to be a better one. It is a challenge to write the last blog in a bad year; a summary is not going to do the trick. So, I am just going to stick to the subject I have discussed in the last few blogs: the conflicts between the “me,” the “they,” and the “us” on a scale that is more familiar to me: that of the university. 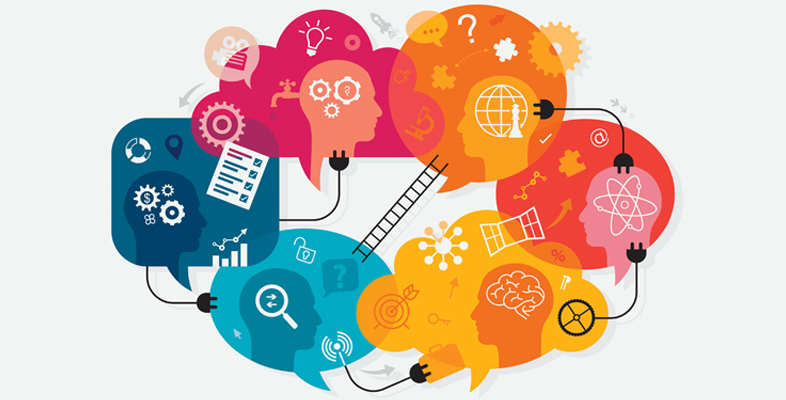 The intensity of academic politics is so well known that the phenomenon is popularly known as “Sayre’s law”:

On 20 December 1973, the Wall Street Journal quoted Sayre as: “Academic politics is the most vicious and bitter form of politics, because the stakes are so low.” Political scientist Herbert Kaufman, a colleague and coauthor of Sayre, has attested to Fred R. Shapiro, editor of The Yale Book of Quotations, that Sayre usually stated his claim as “The politics of the university are so intense because the stakes are so low”, and that Sayre originated the quip by the early 1950s.

This observation is routinely attributed to Henry Kissinger who in a 1997 speech at the Ashbrook Center for Public Affairs at Ashland University, said: “I formulated the rule that the intensity of academic politics and the bitterness of it is in inverse proportion to the importance of the subject they’re discussing. And I promise you at Harvard, they are passionately intense and the subjects are extremely unimportant.”[2]

Probably the most important driving force for Sayre’s law is the departmental structure of almost all higher education institutions. These departments, which generally reflect the various disciplines offered for degrees (major or minor) also start the chain that controls faculty career milestones (tenure, promotion, dismissal, etc.).

Usually, curriculum falls under the purview of the faculty, although budgetary issues can lead to some tension with a school’s administration. In some disciplines, the university’s main role is to prepare students for direct certification by the appropriate professional organization. One good example for such a major is clinical psychology. I have included the licensing requirements below:

The practice of clinical psychology requires a license in the United States, Canada, the United Kingdom, and many other countries. Although each of the U.S. states is somewhat different in terms of requirements and licenses, there are three common elements:[24]

Other disciplines, such as my own (physics) don’t require licensing unless you plan to use the degree to teach courses in public schools:

You will be required to have a state-issued certification or licensure to work as a public- school teacher in any state. However, before becoming licensed, you’ll need to complete at least a bachelor’s degree program in the field of physics and a teacher training program. Academic programs in education usually contain practical experience requirements, allowing you to observe and participate in actual classroom teaching under the supervision of a licensed or certified teacher.

However, if this were the whole picture of what universities do, there wouldn’t be much difference between them and professional schools. Community colleges perform many job-preparation functions but they also serve as an important steppingstone, facilitating students’ transferring to four-year colleges.

Almost all universities provide education well beyond the undergraduate level. Often, this involves a combination between research and formal education. Such advanced studies may also require the foundation provided by general education courses and electives that fall well outside the major.

I emphasized the interdisciplinary nature of climate change in an earlier series of blogs about “Educating for the Anthropocene” (May-June, 2016). Within the departmental structure, interdisciplinary education often has a hard time finding its place. However, academic institutions are starting to adapt to the interdisciplinary training and research that are demanding more and more of their attention. For instance, in some academic institutions, students are constructing their own majors, often from components that are under the purview of more than one department. CUNY has such a program:

The program is intended for students who previously earned at least 12 college credits and have the vision and drive to design, with CUNY faculty mentors, their own “majors,” which are unique and interdisciplinary areas of concentration (AOCs).

CUNY BA offers highly motivated, academically strong students a flexible, challenging, and individualized way to earn their degrees by granting students greater responsibility for the design of their course of study, relative to students earning traditional undergraduate degrees. The program is intended for students who have the vision and drive to design their own unique and interdisciplinary areas of concentration (AOCs) with CUNY faculty mentors.

The COVID-19 pandemic, which kept many campuses virtual for the greater part of the last two years, also triggered major progress in the technology and acceptance of online learning. An extreme example of that trend is the University of Southern New Hampshire, “one of the fastest-growing universities nationwide with 135,000 online students and 3,000 on campus.”

Personally, I was not able to stay away from Sayre’s Law in the fights between the “me,” “they” and “us.” I co-founded the Environmental Studies Program in Brooklyn College (one of the senior colleges in CUNY) in 1996, and directed the program for 15 years. According to the recruitment brochure:

In 2011, however, the program was renamed and refocused. I lost the battle and was replaced. (I have tenure, so I kept my job in the school).

There is an increasing urgency in understanding and learning how to intervene in interdisciplinary issues, such as climate change, global pandemics, global inequity, and global nuclear threats. Funding institutions recognize this change and they are shifting resources to address these issues within their capabilities. Applicants for funding must now demonstrate not only the potential to generate new knowledge but also indicate the common benefits that such new knowledge will produce.

Micha Tomkiewicz, Ph.D., is a professor of physics in the Department of Physics, Brooklyn College, the City University of New York. He is also a professor of physics and chemistry in the School for Graduate Studies of the City University of New York. In addition, he is the founding-director of the Environmental Studies Program at Brooklyn College as well as director of the Electrochemistry Institute at that same institution.
View all posts by climatechangefork →
This entry was posted in Climate Change and tagged adapt, Adaptation, Brookln College, covid, COVID 19, CUNY, environmental studies, funding, humanity, Interdisciplinary, pandemic, Sayre, Science, tenure, university. Bookmark the permalink.