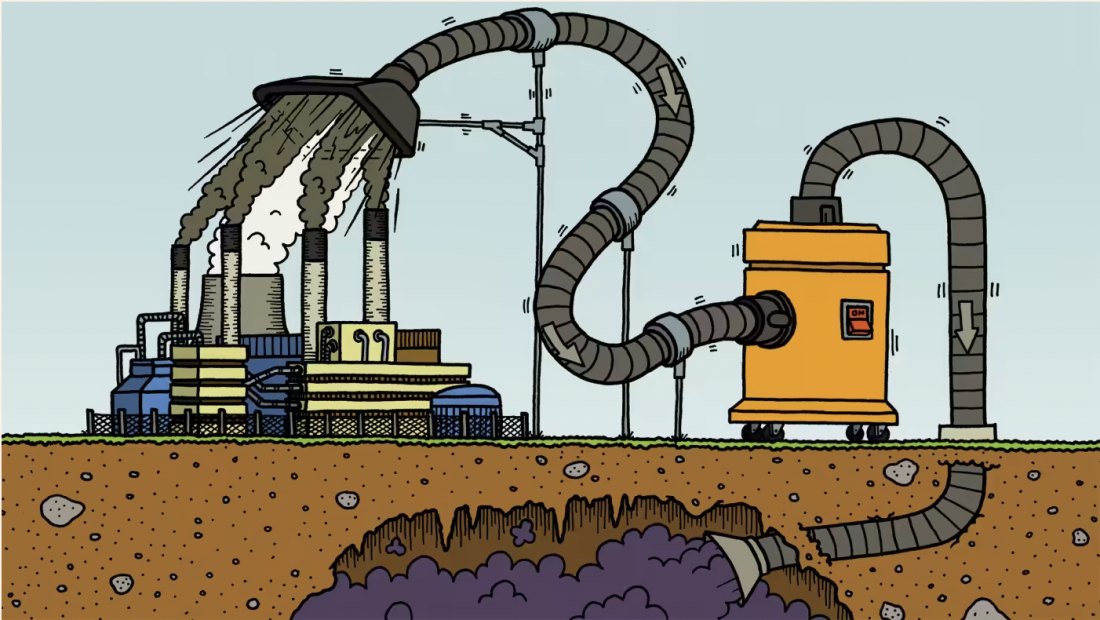 Last week, I opened the discussion about what it takes for oil companies to change their business model and fulfill the commitments that some of them are making for “net-zero” carbon emissions toward mid-century. I opened that blog by citing a commonly shared opinion that instead of focusing on new, unproven, technology for carbon capture and storage (CCS), oil companies who wish to reach this goal should simply stop drilling.

Most of the blog was dedicated to the IPCC-supported argument that toward mid-century, most of our energy should be shifted to zero-carbon sources. I mentioned that fossil fuels should have some room in the mix providing that their use is accompanied by CCS to capture the carbon dioxide that they generate. I reopened the IPAT identity as the framework for the discussion of our future energy needs. As I showed in last week’s blog, all that the IPAT identity is doing is isolating some of the main driving forces behind the emission of carbon dioxide through our energy use. Equation 1 summarizes this identity:

The problem is that Equation 1 doesn’t include an entry for CCS.

In an earlier blog (June 29, 2016), I mentioned that the IPAT identity was formulated by Commoner, Ehrlich, and Holden in 1972 to apply to most environmental impacts—not only to the greenhouse gases that result from energy use. Since its original formulation, the literature is rich with attempts to analyze and expand this identity and to test it against actual environmental threats. Two of the reports that I find most useful are from the Proceedings of the National Academy of Sciences. One is by Waggoner et al. and the other is by Dietz et al.

IPAT is an identity, meaning that the right-hand side is the same as the left-hand side; the denominators on the right-hand side cancel all the numerators there except the one specified on the left-hand side of Equation 1. This is obviously only true if we are consistent with the units throughout. In addition, for this equation to remain an identity, all the parameters must apply to the same entity at the same time (usually a certain year). The only indicator in IPAT that suggests an entity is the one that we term Affluence, marked in Equation 1 as GDP/Capita. The term GDP is specific to a country, but equivalent terms can be used when the identity is applied to different organizations.

In Equation 2, I have added to the Technology term, dividing the carbon dioxide captured (net) by the total carbon dioxide emitted (gross). All the conditions that apply to Equation 1 apply to Equation 2 as well. If we take the time interval to be any standard such as a year, natural carbon capture (photosynthesis) will have to be evaluated since the balance between photosynthesis and respiration varies with plant growth and the age of growth. Only anthropogenic contributions will be included. Tree cutting and burning will have to be counted twice (emissions from burning and prevention of further carbon capture). While interest in CCS is now expanding well beyond oil companies, the oil companies remain one of the biggest beneficiaries. Effective CCS will allow them to be “net-zero” and still make money by selling fossil fuels. However, they would rather that the government (all of us) carry most of the risk and expenses of the new capturing technologies. Bloomberg gives a summary of where we stand and the author appeals to governments to do their part:

Fitfully, fretfully, the world is beginning to decarbonize. Fossil-fuel demand is likely to peak in the next few years. Solar and wind energy are growing ever cheaper. Related technology, such as battery storage, has improved dramatically. In its most recent report, the Intergovernmental Panel on Climate Change cited “signs of progress” — by its standards, an expression of effusive optimism.

Unfortunately, this progress won’t be enough on its own. Averting the worst-case climate scenarios will likely require not just reducing emissions but also removing huge quantities of carbon from the atmosphere — some 21.5 billion tons of it by 2050, according to BloombergNEF. As things stand, carbon removal is costly, inefficient and difficult to scale. Yet promising new technologies provide reason for optimism. Governments can do more to help them succeed.

New technologies and new ideas are playing an important role:

In this case, the Hawai’i-based company Heimdal is taking advantage of the 50th state’s desalination plants on the Big Island. Once seawater is pumped up into the Heimdal V1, it uses electrolysis to separate hydrogen and oxygen from the carbon-based acids that are warming the sea.

The purified seawater is returned to the ocean sans carbon, and the separated acids are sold as hydrochloric acid—a common manufacturing and laboratory compound that’s produced in factories to satisfy a 20-million-tons-per-year world market.

“When the excess acidity is removed from the ocean, it shifts how CO2 exists back to how it was pre-Industrial Revolution” …

The IPAT identity is obviously not the only way to quantify anthropogenic environmental damage. Broader measures such as ESG (Environmental, Social, and Governance) have now entered investors’ vocabularies. These are “non-financial factors investors use to measure an investment or company’s sustainability.”

Figure 2 – Some of the issues addressed by ESG (Source: Nerdwallet)

Many companies’ transparent rankings have an impact on the price of their stocks. I described some aspects of it in previous blogs (January 8, 2019, and March 10, 2020). This has gained prominence in recent days and the S&P 500 ESG even removed Tesla from its index earlier this month, which is especially important because one of the main selling points of Tesla is its environmental benefits. Below is a short description of the event:

S&P Dow Jones Indices says that Tesla Inc.’s score on environmental, social and governance standards has remained “fairly stable” over the past year, but that it has slipped down the ranks against improving global peers.

The index provider also cited concerns related to working conditions and the firm’s handling of an investigation into deaths and injuries linked to its driver-assistance systems. A lack of low-carbon strategy and codes of business conduct also counted against Elon Musk’s company, it said.

There is now some academic literature about connections between IPAT and ESG. I will return to this issue in future blogs, as well as discuss how we deal with the population term in the IPAT identity when trying to analyze something other than global and national performances.

Micha Tomkiewicz, Ph.D., is a professor of physics in the Department of Physics, Brooklyn College, the City University of New York. He is also a professor of physics and chemistry in the School for Graduate Studies of the City University of New York. In addition, he is the founding-director of the Environmental Studies Program at Brooklyn College as well as director of the Electrochemistry Institute at that same institution.
View all posts by climatechangefork →
This entry was posted in Energy and tagged carbon capture, carbon dioxide, CCS, CO2, CO2 emissions, decarbonization, Emissions, Energy, Environment, environmental, ESG, fossil fuel, Gas, index, Investment, IPAT, IPCC, Net-Zero, Oil, Renewable, stocks, Tesla. Bookmark the permalink.

1 Response to Incorporating Carbon Capture into the IPAT Identity