Guest Blog by Sonya Landau: Unsustainable Desert: People Have Been Living in Tucson for Thousands of Years; How Much Longer Can That Continue?

Posted on October 9, 2018 by climatechangefork 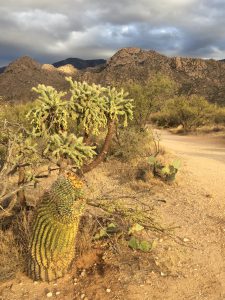 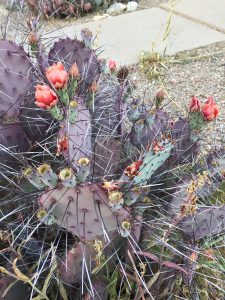 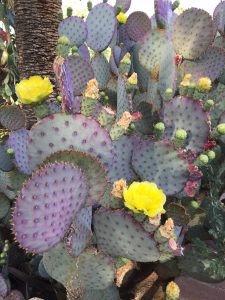 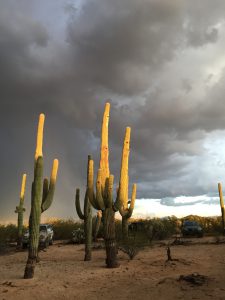 I have been Micha’s editor and helped run this blog since the beginning. I’m excited to have the chance to contribute to Climate Change Fork.

Tucson is a magical place. Then again, I’m biased – it is my home town after all, and I am prone to bragging of its charms. One of the city’s most astonishing highlights its history: it’s been continuously occupied – and cultivated – for over 4,000 years (longer than anywhere else in the country)! Most people conjure up the Sahara when they think of a desert, i.e. a vast expanse of nothingness inimical to life. Others remember the armed saguaro cacti from the “Wile E Coyote and Roadrunner” cartoons – that’s where I’m from, I tell people. But even in that portrayal, which admittedly needs to be sparse for the whole premise to work, we don’t get an understanding of just how much life the Sonoran Desert holds. There are dozens of kinds of cacti, different trees, shrubs, and grasses, coyotes, bobcats, mountain lions, geckos, gila monsters, snakes, scorpions, pack rats, kangaroo mice, and yes – roadrunners (sadly, they’re neither 6’ tall nor purple). Overall, it’s been a home to many over the years. Still, it’s a desert, and while admiring the past, we also have to be aware of the future in light of climate change. Given that Tucson already reaches 100° F or more for most of the summer and gets less than a foot of rain every year, it’s hard not to be grim about what’s to come. 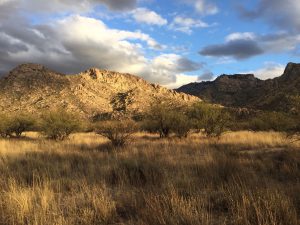 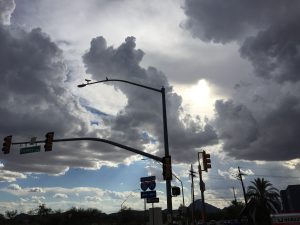 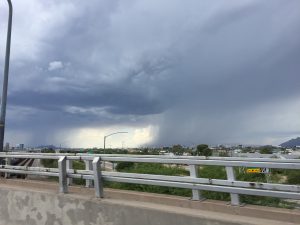 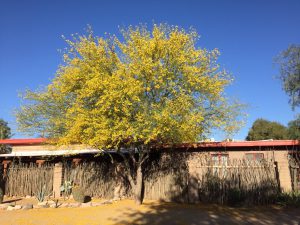 Micha has talked about climate refugees before. We are already seeing the effects of rising sea levels and bigger, more frequent hurricanes. Florence decimated North Carolina and Puerto Rico is still in shambles a year after Maria. Many low altitude nations are worried about their shores. Don’t forget, the president of the Maldives held a cabinet meeting underwater in 2009 to highlight the problem. Meanwhile, other climate issues threaten populations around the world. As you know from reading this blog, global warming does not necessarily mean that the weather in every place is warmer every day of the year. Instead, it amplifies naturally occurring patterns, making extreme weather events both more intense and more likely. In this case, however, we are talking about heat.

You won’t be shocked to hear that it gets hot in the desert – some days in the summer it reaches over 110o F in Tucson (and Phoenix is consistently at least 5o hotter) – but like many places all over the world, that temperature is rising, and so is the associated death. Last year, there were officially 155 heat-related deaths in Arizona, five more than the previous record set in 2016. The desert proves especially dangerous for undocumented immigrants. The US’s increasingly vigilant stance at the border with Mexico has not stopped people from crossing outright. Instead, it has pushed many into crossing at incredibly treacherous stretches of the border. Some of these people are hoping for a better life for themselves and their families; most are fleeing violence in their home countries. I imagine it won’t be that long before residents of Arizona become equally desperate to permanently escape the heat.

Water is literally life in the desert. Given the state’s finite resources and record temperatures, it’s both surprising and somewhat alarming how many people keep moving to Arizona. The Tucson metropolitan area has an estimated population of 994,000, while the Phoenix metropolitan area is believed to have surpassed 4.5 million in 2015.

It makes sense to be worried – according to the University of Arizona, “as recently as 1993 Tucson was the largest city in the U.S. — and perhaps globally — to be 100 percent dependent on groundwater.” Since then, the state has diversified its water portfolio, reducing that to 40%, supplemented by 40% from the Colorado River and 4% reclaimed water, with the rest from other surface sources. But with the ongoing drought, there are major doubts about how much longer the Colorado River can continue to support multiple states. In addition, while in theory there is a law that mandates all developers must prove that there is a 100-year water supply before starting any large development, the Arizona Supreme Court recently ruled in favor of developers, effectively gutting this protection.

Don’t get me wrong – people are working to mitigate some of these issues. They’re making advances in reclaimed water treatment and “banking” unused Colorado River water in aquifers. It’s also gratifying to see that the bevvy of golf courses incongruent with the climate are now required to use reclaimed water instead of potable water. And Arizona’s making great strides with solar energy, providing rebates and tax incentives for both businesses and homeowners, though there is still the expected pushback from nonrenewable energy proponents and those worried about the economics of the energy transition. There are more solar panels every time I go back to visit Tucson – all of the public school playgrounds use them for shade cover, and they make up the roofs of many parking lots – including the one at the airport!

But can these small changes completely forestall the exodus that will become necessary once we run out of water and the heat is consistently higher than people can handle? It is always impossible to predict the future but I wonder how long my beloved Tucson, and the Sonoran Desert as a whole can remain a home and haven for people. 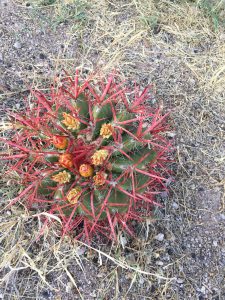 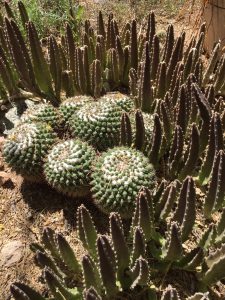 4 Responses to Guest Blog by Sonya Landau: Unsustainable Desert: People Have Been Living in Tucson for Thousands of Years; How Much Longer Can That Continue?