Posted on January 12, 2016 by climatechangefork

Last week’s blog looked at Unilever’s CEO’s attempts to make his company sustainable. Unilever is not alone in promising to be more environmentally friendly in the long term. One of the less discussed achievements of COP21 was the mobilization of major nongovernmental organizations to provide their own commitments to sustainability and post them electronically for everyone to see on the UNFCCC site. As of the day I’m writing this, these commitments include 2,254 cities, 150 regions and 2,034 companies. 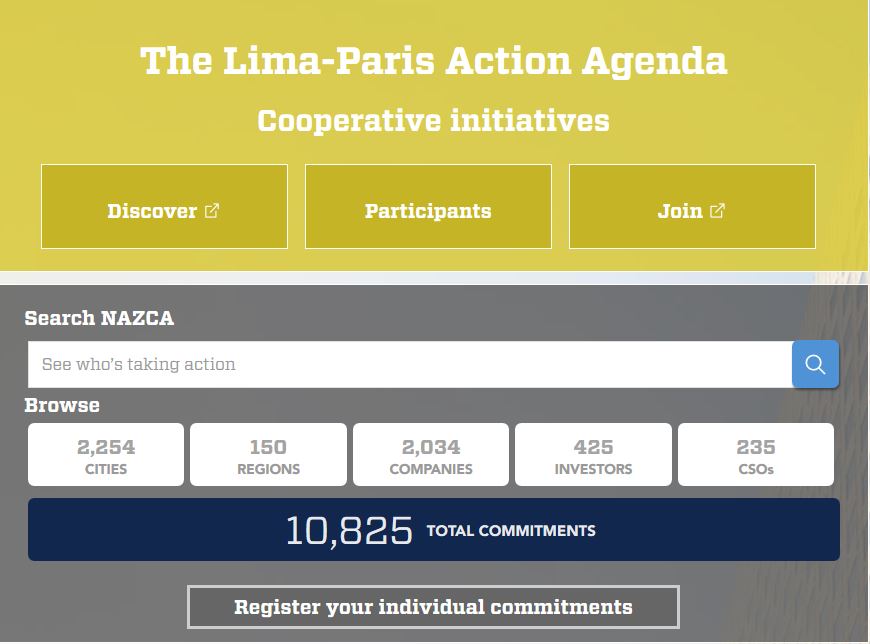 This is one of the most encouraging demonstrations of the bottom-up approach to global energy transition that we need to mitigate anthropogenic climate change. That said, it suffers from the same lack of enforcement authority as the sovereign countries that signed the formal COP21 agreement. A new CEO with some earning difficulties might decide that he or she wants nothing to do with these commitments, and happily revert back to carbon-emitting fossil fuels. However, in many cases, the timeline for these commitments is now; there is no need to wait until 2023 for the initial compliance evaluations.

Table 1 shows some of the commitments from various companies, along with their timing (where available).

As with countries, peer pressure (or in this case, consumer pressure) means that being the first to renege on these commitments will probably require some nerve. The public’s response will tell us a lot about what we, collectively, are willing to do to make change happen. It will also be instructive as to how we plan to live with the consequences of our actions or inactions. Public opinion can have a much bigger impact on company policy than it does on sovereign countries. We live in a capitalist society, so consumer pressure and investments (via the stock market or through mergers and acquisitions) make a big difference. In most companies such pressure can result in major management changes and can serve as a very strong deterrent to being the first to back out of a promise.

My next blog (which I’m writing now) will be posted two days after my return from Cuba. I’ll look into two additional actions that sovereign state members of the UNFCCC can take to supplement their COP21 commitments before the scheduled evaluations start.