Posted on December 31, 2019 by climatechangefork 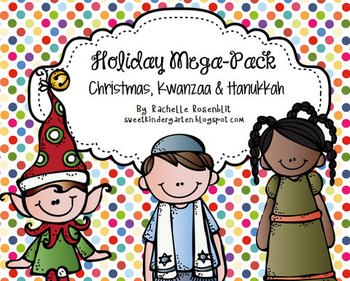 The end of the year brings Christmas (December 25th) and Hanukkah (December 22nd-30th), two traditional holidays, and Kwanzaa (December 26th – January 1st), which began in 1966. All three include giving presents. Children all over the world look forward to singing songs, praying, and unwrapping their presents.

It’s high time that we use these occasions to give our children and grandchildren the most important present of all: a planet that they can call their own, where they can be happy and secure throughout their lifetimes.

The Dutch Supreme Court was the first to unwrap the largest present:

The Supreme Court of the Netherlands on Friday ordered the government to cut the nation’s greenhouse gas emissions by 25 percent from 1990 levels by the end of 2020. It was the first time a nation has been required by its courts to take action against climate change.

Because of climate change, “the lives, well-being and living circumstances of many people around the world, including in the Netherlands, are being threatened,” Kees Streefkerk, the chief justice, said in the decision. “Those consequences are happening already.

Last week I examined the accelerated pace of the damage that climate change is inflicting on our children and grandchildren. Let’s try to quantify one aspect of that damage.

A direct indicator of the altered speed of climate change is the accelerated pace of sea level rise. Figure 1 illustrates this shift, as shown in the most recent WMO (World Meteorological Organization) report. 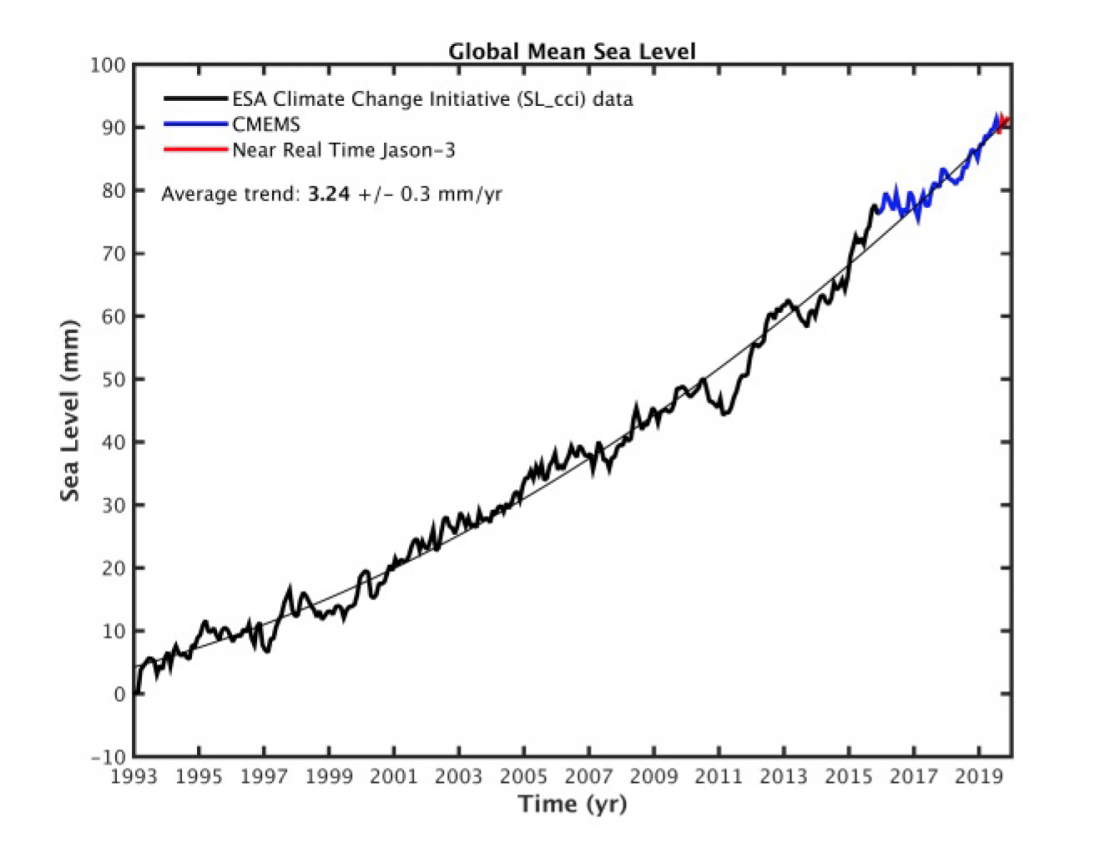 In our case, x is simply time.

In describing the physical world, the simplest function of this form is free fall from a height h, where the initial height and the initial velocity are both zero. The connection between time and height in this case are given as:

Here, h is the height from which the object starts falling and t is the time. g is the gravitational acceleration that is approximately constant over the entire planet. It depends on the size and mass of the planet but on Earth it has a value of 9.81m/sec2.

We use a pared down quadratic equation:

In this case, a and b are taken from Figure 1. Under the assumption that the acceleration remains constant, we can project the sea level rise in the future. We get b from the place where the smooth curve intersects the vertical axis: approximately 1.3mm; a is the intersection of the year 2020 (when the kid is 10 years old) and the vertical axis: 90mm. In another generation (by 2050), our kid will be 40 years old and will likely have his own family. At that time the sea level will be 400mm (40cm or 15.7 inches) high.

Figure 2 shows a recent map of urban populations at risk from sea level rise by 2050 under a business as usual scenario. It includes 20 cities of over 10 million people. Likely billions of people all over the world will be at risk—either from direct flooding or less direct impacts of flooding like high tide. In addition, inland regions will face swarms of refugees fleeing from those flooded areas.

We can fix this now or at least start the process of doing so. Let’s make it our New Year’s resolution.

Micha Tomkiewicz, Ph.D., is a professor of physics in the Department of Physics, Brooklyn College, the City University of New York. He is also a professor of physics and chemistry in the School for Graduate Studies of the City University of New York. In addition, he is the founding-director of the Environmental Studies Program at Brooklyn College as well as director of the Electrochemistry Institute at that same institution.
View all posts by climatechangefork →
This entry was posted in Anthropocene, Climate Change and tagged 2050, carbon dioxide, Christmas, Climate Change, climate refugee, CO2, coast, dutch, Flood, Flooding, Future, GHG, greenhouse gas, Hanukkah, high tide, holidays, Kwanzaa, Netherlands, presents, refugee, Sea-Level Rise, WMO. Bookmark the permalink.