Posted on February 25, 2020 by climatechangefork

Almost every fact-based decision-making involves some sort of ranking. In other words, once we set our criteria, we have a list of options to choose from, some of which are more desirable or compelling than others. In our digital society, almost all of us carry mobile phones; when we don’t know or can’t remember something, we Google it.

I obviously didn’t know the number of global mobile phone users off the top of my head, but Google told me it was 4.7 billion. To make some sense of this number, I did some more Googling. I found that the present global population is 7.7 billion and that 25% of those people are 0-14 years old. Initially, I assumed that most people start using mobile phones at age 10. In my short search, however, I couldn’t find the similar statistics for the percentage of the global population ages 0-10. Instead, I have settled for using age 14 as a starting point for individual mobile phone usage. Doing the simple math, the number of potential global phone users turns out to be 5.8 billion. So while the current 4.7 billion is only about 80% of what it could be if the world were more economically equal, that still means the vast majority of the world now uses a mobile phone.

In all, these searches took me less than 5 minutes. If you trust Google, or any available equivalent source, you can get almost any information very quickly. Granted, we can obviously get fake news just as swiftly. It is up to us to distinguish the difference. We are in the middle of a global transition in communication that is moving much faster than the global transition in energy use that I keep discussing (see my entry on a polar bears and her cubs – September 17, 2019).

What happens if I ask my electronic tools a slightly more complicated question, such as, “what state is the best to live in?” My search takes me immediately to an article in USA Today, “Where does your state rank? These are some of the best and worst states to live in: Analysis.” Rather than trying to answer my personal question individually, Google immediately transfers me to a ranked analysis. Nor did USA Today do its own study. It links to the Wall Street Journal, which used the following criteria:

One of the most common measures used for ranking the level of development and wealth of a given country or geography is gross national income adjusted for population – or GNI per capita. And by this measure, the U.S. compares very well to much of the world.

This measure, however, reveals very little about the well-being of the population. In order to address this shortcoming, the United Nations Development Programme designed the Human Development Index, or HDI, which consists of three core concepts of well-being: health, knowledge and education, and financial security.

24/7 Wall St. created its own index using the HDI model in order to rank the best and worst states to live in. Our index consists of three measures: life expectancy at birth, bachelor’s degree attainment and poverty.

The USA Today entry was, of course, not the only one that fit my query. There were many more entries, with a range of criteria and information from about 150 different sources. These included rankings for family life, cost of living, retirement, etc., as well as marking how such rankings have changed over the years (2018 vs. 2019 vs. 2020, etc.). Ranking is big part of the communication transition now.

I see ranking as fitting into three distinct categories: ranking with action in mind (e.g. where to live/move), ranking as filler, and quantified ranking regarding progress or regression or for the sake of comparison.

In this blog I will focus on the first two categories. Next week, I’ll look at the third category, with an emphasis on climate change.

My previous example of, “What state is the best to live in?” belongs to this category. Meanwhile, China is starting to introduce mandatory facial recognition protocols, based on artificial intelligence (AI) algorithms:

All mobile phone users in China registering new SIM cards must submit to facial recognition scans, according to a new rule that went into effect across the country on Sunday.

The guidelines, first issued in September, require telecoms companies to deploy “artificial intelligence and other technical methods” to check the identities of people registering SIM cards. All physical stores in the country have had until 1 December to begin implementing the new standards.

The measure, described by the ministry of industry and information as a way to “protect the legitimate rights and interest of citizens in cyberspace”, makes Chinese mobile phone and internet users easier to track.

Aerial applications of the facial recognition techniques to identify individuals in crowded cities are now in progress. The Chinese have long aimed to get as much information as possible about their 1.4 billion citizens. It is not farfetched to assume that the government plans to sort them according to their perceived danger to the state. Once this is done, some fraction of those deemed more dangerous might be candidates for treatment similar to what the Muslims in Xinjiang are already facing.

I use the Windows 10 operating system, with its standard browser, Microsoft Edge, on my computer. I regularly peruse its front page, which contains various articles. It is full of rankings of every sort, including entries about what/wherever is cheapest, most expensive, best, worst, richest, poorest, most common, least common, most conservative, most liberal, oldest, newest, most popular, etc. Sometimes these rankings show up as “news”; sometimes they are fronts for ads. In both cases, you have to click through the rankings page by page, bringing up a new set of ads with each entry. 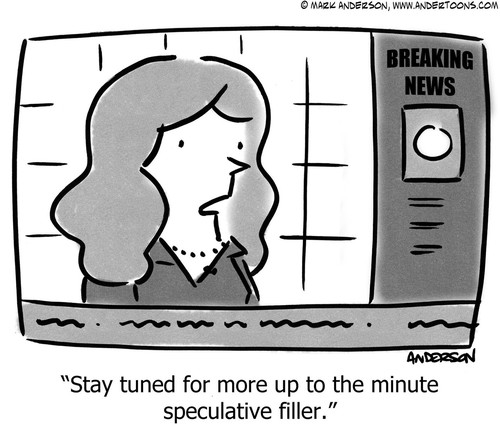 The word “filler” has a broad range of uses, from Botox to TV episodes that do nothing to advance a plot but the cartoon above gives the general sense of the concept. Rankings (and their cousins, “listicles” ) are great for filling space on websites. They are relatively easy to make, they have major subjective components which make them difficult to refute, and they provide a rich platform for advertising and thus for income.

Next week I will show how we can make rankings more productive for confronting climate change.

Micha Tomkiewicz, Ph.D., is a professor of physics in the Department of Physics, Brooklyn College, the City University of New York. He is also a professor of physics and chemistry in the School for Graduate Studies of the City University of New York. In addition, he is the founding-director of the Environmental Studies Program at Brooklyn College as well as director of the Electrochemistry Institute at that same institution.
View all posts by climatechangefork →
This entry was posted in Climate Change and tagged AI, algorithm, best, China, communication, comparison, criteria, facial recognition, fake news, filler, Google, muslim, News, phone, rank, Ranking, sort, worst. Bookmark the permalink.