Posted on July 28, 2020 by climatechangefork

Remember the Green New Deal (see the February 19, 2019 blog)? Representative Alexandria Ocasio-Cortez (AOC) and Senator Ed Murphy introduced the broad resolution to both houses of congress last year. To emphasize the breath of the resolution, here is a section of the bill:

The Sierra Club summarized it in the form of a Venn diagram: 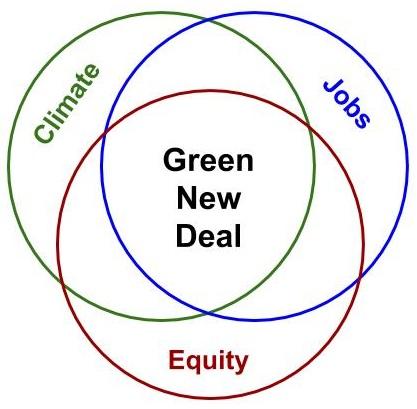 Unsurprisingly, on March 25, 2019, the resolution failed to advance in the Republican-controlled Senate.

Less than a year later, COVID-19 started to spread throughout the world.

Two weeks ago, we saw a new analysis of expected population growth trends in the 21st Century:

Reposting of press release published by The Lancet

This means that for a more complete look at what is going on in the world and what the future of the Green New Deal might look like, we are going to have to expand the Venn diagram from Figure 1. We will need to take into account both the COVID-19 pandemic and the expected changes in world population. So now we need at least 5 circles in the diagram. That is a lot to keep track of.

As the Venn diagram shows, the climate, jobs, and equity all overlap. The other two do as well. Next week I will try to expand the diagram to include the missing components of the pandemic and projected global population changes.

But not all of the circles have the same time dependence. When we talk about climate change and global population changes, our time span is the rest of the century. When we speak about jobs and equity, we are looking at the present and near future. As for the pandemic, we expect it to either disappear or at least become more manageable within the next year or two.

For now, we saw some of the overlap between the coronavirus and climate change over the weekend. Figure 2 shows the coronavirus distribution in the US. In my morning newspaper (the NYT) I see the updates to this map every day. I saw it in April when I was in the middle of the epicenter of the pandemic and I see it now as the virus moves to the Southeast and the West. Florida, Texas, and California are now the biggest hot spots. 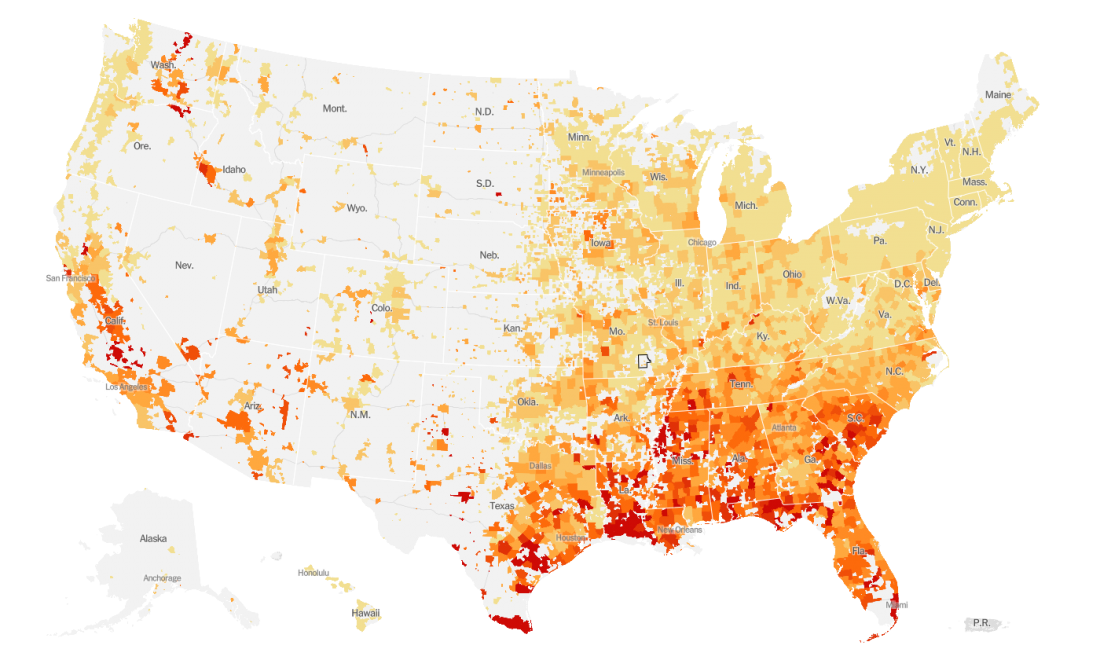 Figure 2 – Coronavirus cases in the US from this weekend

But the pandemic is not the only emergency that these states are facing. The year’s first hurricane hit Texas this weekend. Figure 3 illustrates its trajectory. Authorities advised people in southeast Texas to evacuate. How do you evacuate while maintaining social distancing, though? How will the pandemic impact the rescue operations needed to mitigate the impact of the hurricane? 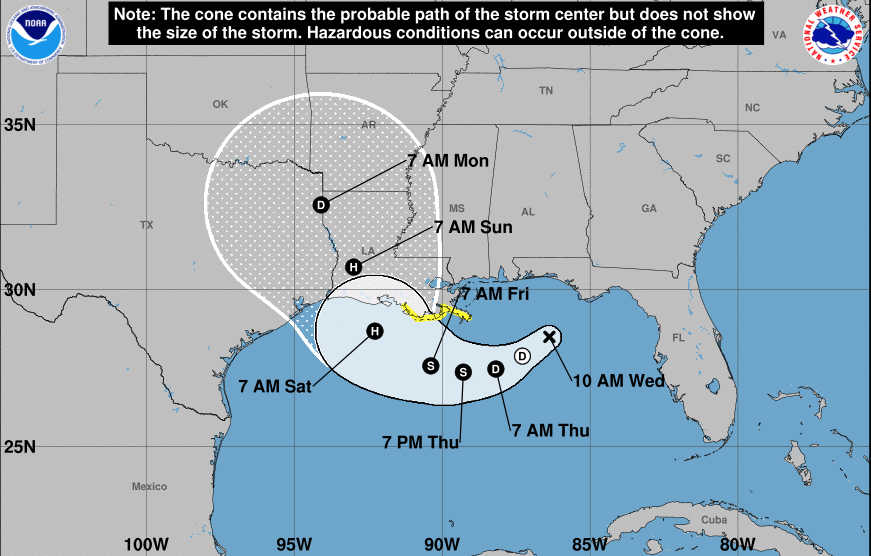 Climate change is amplifying both the frequency and the intensity of hurricanes and tornadoes all over the world. The same holds for fire as droughts increase. Arizona has seen an intersection between fires and the coronavirus. One fire raged in Tucson, Arizona for nearly two months, eating up almost 120,000 acres, even as Arizona’s coronavirus cases skyrocketed. These interactions will only amplify as long the pandemic persists.

Meanwhile, in politics, Joe Biden has endorsed the Green New Deal in every aspect but its name. An article in The Guardian elaborates:

On Tuesday, Joe Biden did something unprecedented for a Democratic candidate assured of nomination: he moved left. In a speech delivered from Wilmington in his home state of Delaware, Biden unveiled the most ambitious clean energy and environmental justice plans ever proposed by the nominee of a major American political party. The plans, which the Biden campaign described to reporters as “the legislation he goes up to [Capitol Hill] immediately to get done,” outline $2tn in investments in clean energy, jobs and infrastructure that would be carried out over the four years of his first term.

Forty percent of these investments would be directed to communities of color living on the toxic edge of the fossil fuel economy – communities that have also been among the most devastated by the coronavirus pandemic. Biden proposes to pair these investments with new performance standards, most notably a clean electricity standard that would transition the United States to a carbon pollution-free power sector by 2035.

To get humanity through the rest of the century we will need strong leadership and commitments to mitigation (especially regarding climate change). The next few months will provide important yardsticks for how hard those goals will be to accomplish. We should be looking at two major events this autumn: the US presidential elections and the global COVID-19 situation. Specifically, we will be watching how the first wave of global infection begins to subside and when the (almost) inevitable second wave will show up. It’s likely that the latter will coincide with flu season, which might make everything much more complicated. The outcome of both events will depend on us (adults) and the degree of commitment that we have to our children and grandchildren.

The US election is especially important given the country’s central global roles in both economics and military power. We need to try to mitigate global disasters such as climate change, the pandemic, and projected shifts in population demographics. Denying the existence of these threats is the opposite of effective.

Joe Biden’s commitment to the spirit of the Green New Deal gives me hope. This is especially true in contrast to the despair that President Trump’s repeated denial of climate change has wrought. Two trillion dollars in four years looks like a lot of money at first. But the US has a GDP/capita of more than $20 trillion and the dollar so dominates global currency that up until now, we have almost been able to print money at will under emergency conditions.

In light of those facts, $4tr/4 years is petty cash. For reference, the US congress immediately approved the more than $2-trillion-dollar CARES Act, and followed it up with a similar chunk of money. The EU has also been working to put forth aid money. The rest of the world is trying to follow to the best of its ability. The amount of money in Biden’s Green New Deal proposal shouldn’t be controversial. The timing of the changes it lays out leaves plenty of ground for productive negotiation without endangering the future.

Next week I will look more at how the components in the Venn diagram above intersect with the pandemic and projected global population changes. I hope to emphasize the societal connections between equity and jobs, as well as how they tie in to other global calamities.

1 Response to The Green New Deal and Coronavirus: Intersections