Governance in the Anthropocene

Posted on January 24, 2023 by climatechangefork 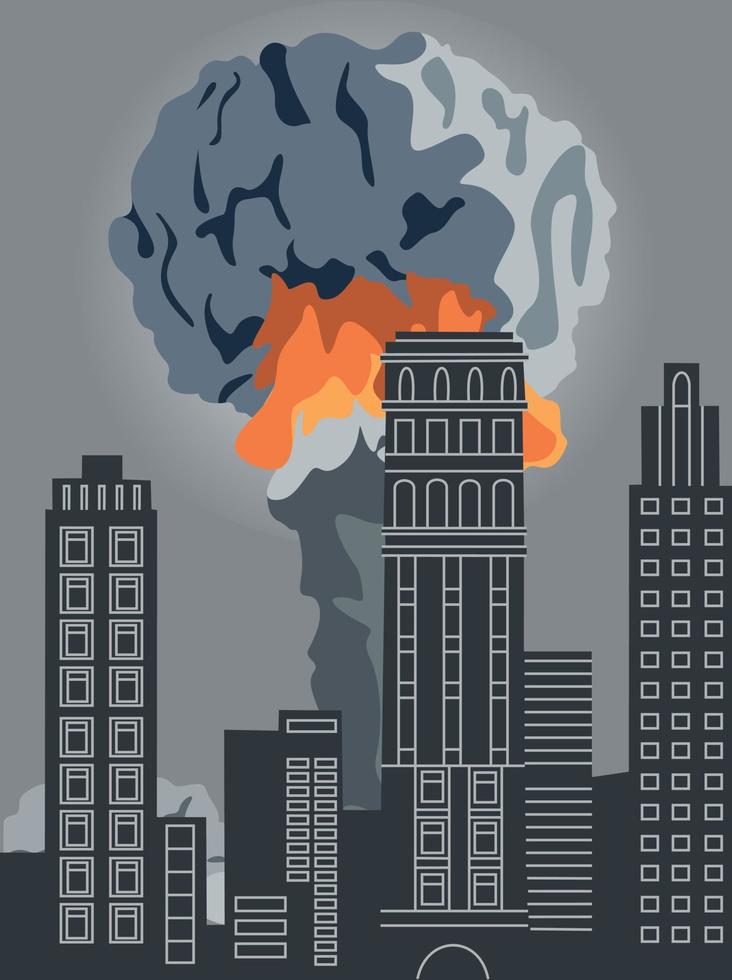 In last week’s blog, I returned to the definition of the Anthropocene, the name for our proposed new epoch. The dominant proposal for Anthropocene is an “epoch that begins when human activities started to have a significant global impact on Earth’s ecosystem.” This definition concurs with that in the Merriam-Webster dictionary: “the period of time during which human activities have had an environmental impact on the Earth regarded as constituting a distinct geological age.”

I described the dominant proposal to start the new epoch as coinciding with the start of the nuclear age in an older blog titled, “My Anthropocene” (October 30, 2018). This proposal is based on the fact that almost any nuclear experiment leaves detectable residues for future generations to observe. The timing of large-scale nuclear weapon use started with the experimental explosion of an atomic bomb at the Trinity site in New Mexico on July 16, 1945. Most of the current use of the concept is focused on the human role in climate change. We derive most of our energy needs from fossil fuels, whose burning results in the release of carbon dioxide, a stable greenhouse gas that triggers changes in the energy balance with the sun, making it the main cause of global climate change.

However, the proposed definition of the Anthropocene goes beyond human-caused environmental impact. In a sense, starting with my first blog (April 22, 2012) and continuing throughout the 11 years that I’ve been posting this blog, I have tried to connect the likely future impact of the business-as-usual scenario of climate change with the outcome of a global nuclear war. I have repeatedly used the term “self-inflicted genocide.” As I mentioned in an earlier blog (November 15, 2016), in the context of Kristallnacht, which preceded the Holocaust, genocide was an expression coined by Raphael Lemkin in 1944, which came to be defined in the dictionary as, “the deliberate and systematic destruction of racial, political or cultural groups.”

The nuclear age and the major acceleration of greenhouse gas accumulation in the atmosphere started at approximately the same time, making me part of the first generation that grew up in the proposed Anthropocene and the last generation that grew up during the Holocaust (see the first blog for my background). I lived through the consequences of the Holocaust and there is a good chance that my grandchildren will live through some major consequences of the Anthropocene. All of this combined with my educational background were the main reasons I started this blog. This brings me to the present.

Last weekend I had dinner with friends. They were familiar with my background and one of them mentioned a site in which Prof. Timothy Snyder from Yale University is giving a class called “The Making of Modern Ukraine.” I read a few of Prof. Snyder’s books (On Tyranny, Black Earth, and Bloodlands) and I was interested. As I mentioned before, we are just ending a semester break, during which I had time to explore. My reading fully convinced me that he is uniquely qualified to address President Putin’s claim that Ukraine is not a country and that the Russian invasion aims to save Ukrainians from themselves:

RUSSIAN PRESIDENT Vladimir Putin claims that “Ukraine is not a real country” and that Ukrainians are really Russians. His invasion is to protect Russian speakers in Donbas from “Nazification”.

The site constitutes a full semester’s worth of classes (23), in which Prof. Snyder took a very broad perspective on the Ukrainian nationality, which in some respects preceded Russian nationality (under different names). The essence of his approach is that nations (at least European ones) are relatively modern phenomena. One does not take a fixed piece of land that corresponds to the present sovereign boundaries, populated with people similar to present people, with the same speaking language, and go back as far as you can and call this the “history” of the country (or nation). The history of nations is not defined by the history of their present territory; it depends on context and the documented interactions with those outside of the territory (formation and destruction of empires etc…). I see historians as those who analyze history based on written records, as opposed to archaeologists and anthropologists.

Throughout history, nations have been active aggregates of people that assembled and agreed (or were forced to agree) to a common government. In many aspects (at least for people with my background) it more resembles cosmological accretion in which attractive forces balance dispersive forces to create relatively stable social structures.

In a sense, only a “stable” global social structure would act as an example of an “Anti-Snyder” form of time-independent social accretion—and that global structure doesn’t exist. The next blog will try to make the somewhat controversial case that the Anthropocene requires us to develop such a global structure to ensure human existence.

However, President Putin’s actions count as genocide according to Lemkin’s definition. He is taking destructive military steps to destroy Ukraine based on his “hypothesis” that it is not a “real” country. This is not only verbal genocide. A major target that the Russian army is trying to obliterate is the Ukrainian civilian population. Since the present borders of Ukraine coincide with much of the area that bore much of the weight of Hitler’s genocide, the association is not only verbal.

The Kremlin’s announcement that “the sooner Ukraine accepted Russia’s demands, the sooner the conflict there could end” is a call to dismantle the state through “agreement” (coercion):

Spokesman Dmitry Peskov said Russia would achieve its goals “one way or another” and Kyiv would be better off accepting Russia’s position and settling at the negotiating table.

Moscow has said it is fighting to “de-Nazify” Ukraine and protect Russian-speakers in the country’s east. Kyiv and the West reject these claims as a baseless pretext for a colonial-style land grab by Moscow.

More than that: Former Russian President Dmitry Medvedev, an ally of current President Vladimir Putin, warned NATO on Thursday that the defeat of Russia in Ukraine could trigger a nuclear war:

“The defeat of a nuclear power in a conventional war may trigger a nuclear war,” former Russian President Dmitry Medvedev, who serves as deputy chairman of Putin’s powerful security council, said in a post on Telegram.

“Nuclear powers have never lost major conflicts on which their fate depends,” said Medvedev, who served as president from 2008 to 2012.

Such a declaration makes the case that the present nuclear powers (see the March 22, 2022 blog for a list of known nuclear powers and their arsenals) can do whatever they want with no fear of reprisals. The obvious next step would be for almost every country to acquire the technology; the technology itself is not a high enough barrier to stop countries who are trying to join this club. Aside from the Hiroshima and Nagasaki bombings in 1945, there has been no recorded military use of such weapons. Not many people are willing to bet that we can keep the military use of such weapons local, though.

Climate change and nuclear Armageddon are not the only global threats of the Anthropocene. The decreasing birth rate has resulted in a change in demographics and we have seen the global spread of pandemics as a result of increased global density and travel with better physical communication. Collectively, we are starting to build governance that can deal with such threats. A recent example of such a step came as an American envoy announced at Davos that environmental impacts will start to be recognized in the Biden administration’s balance sheets:

Forests that keep hillsides from eroding and clean the air. Wetlands that protect coastal real estate from storm surges. Rivers and deep snows that attract tourists and create jobs in rural areas. All of those are natural assets of perhaps obvious value — but none are accounted for by traditional measurements of economic activity.

On Thursday, the Biden administration unveiled an effort to change that by creating a system for assessing the worth of healthy ecosystems to humanity. The results could inform governmental decisions like which industries to support, which natural resources to preserve and which regulations to pass.

The next blog will focus on the challenges of governance in a globalized world.

Micha Tomkiewicz, Ph.D., is a professor of physics in the Department of Physics, Brooklyn College, the City University of New York. He is also a professor of physics and chemistry in the School for Graduate Studies of the City University of New York. In addition, he is the founding-director of the Environmental Studies Program at Brooklyn College as well as director of the Electrochemistry Institute at that same institution.
View all posts by climatechangefork →
This entry was posted in Anthropocene, Climate Change and tagged accretion, Anthropocene, Biden, cosmology, Davos, dispersive, Economy, Environment, epochdemographics, Genocide, Hiroshima, Holocaust, Nagasaki, Nazi, nuclear age, Nuclear Energy, nuclear war, nuclear weapons, pandemic, Population, Putin, Russia, Self Inflicted Genocide, Timothy Snyder, Ukraine. Bookmark the permalink.

1 Response to Governance in the Anthropocene