Democracy vs. Oligarchy Part 1: The Money of the Few Can Be Balanced by the Will of the Many

Posted on March 15, 2016 by climatechangefork

I have mentioned before that according to the Democracy Index compiled by The Economist, the US comes in last (#20) among the “full democracies.” Its score on this index is 8.05, compared to Norway (#1) which gets 9.93. One of the factors that enters in this index is the level of political participation. The US gets 7.22/10 on this metric, its lowest score within the 5 categories that constitute this index (although other “full democracies” rank lower in this particular category). I will try to explore some of the reasoning behind the low score and what can and should be done to rectify it. This also brings up a valid question as to the nature of our governments. Indeed, one of the manifestations of a “flawed democracy,” the next category down in the Economist index, is oligarchy.

Let’s go back to the Merriam Webster definition of democracy that we used earlier this month (March 1) and add to that the definition of Oligarchy from the same source:

1 :  a form of government in which people choose leaders by voting

2 :  a country ruled by democracy

3 :  an organization or situation in which everyone is treated equally and has equal rights

1 :  A country, business, etc., that is controlled by a small group of people

2 :  The people that control a country, business, etc.

3 :  Government or control by a small group of people

Wikipedia uses two examples in its description of oligarchy: the Russian Federation and the US:

Since the collapse of the Soviet Union in December 1991, privately owned Russia-based multinational corporations, including producers of petroleum, natural gas, and metal have, in the view of some analysts, led to the rise of Russian oligarchs.[citation needed]

Further information: Income inequality in the United States § Impact on democracy and society

Some contemporary authors have characterized current conditions in the United States as oligarchic in nature.[8][9] Simon Johnson wrote that “the reemergence of an American financial oligarchy is quite recent,” a structure which he delineated as being the “most advanced” in the world.[10] Jeffrey A. Winters wrote that “oligarchy and democracy operate within a single system, and American politics is a daily display of their interplay.”[11] Bernie Sanders, opined in a 2010 The Nation article that an “upper-crust of extremely wealthy families are hell-bent on destroying the democratic vision of a strong middle-class … In its place they are determined to create an oligarchy in which a small number of families control the economic and political life of our country.”[12] The top 1% in 2007 had a larger share of total income than at any time since 1928.[13] In 2011, according to PolitiFact and others, the top 400 wealthiest Americans “have more wealth than half of all Americans combined.”[14][15][16][17]

French economist Thomas Piketty states in his 2013 book, Capital in the Twenty-First Century, that “the risk of a drift towards oligarchy is real and gives little reason for optimism about where the United States is headed.”[18]

Elections in the US are the longest and most expensive in the world.

One of the most obvious manifestations of political participation is how many citizens vote. Here are recent data from the Pew Research survey on this issue: 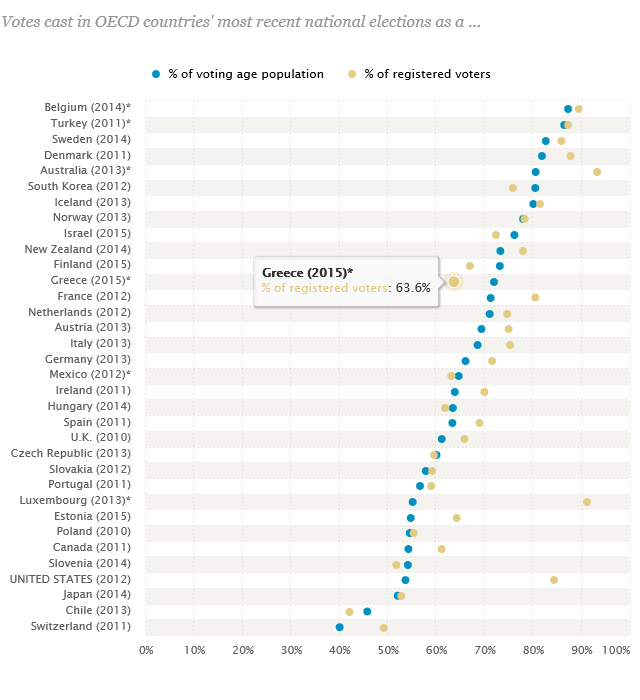 And the distribution of voter turnout by income: 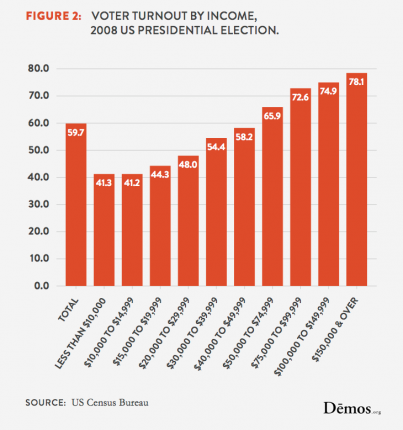 The income distribution in the US is almost a mirror image of the voter’s turnout: 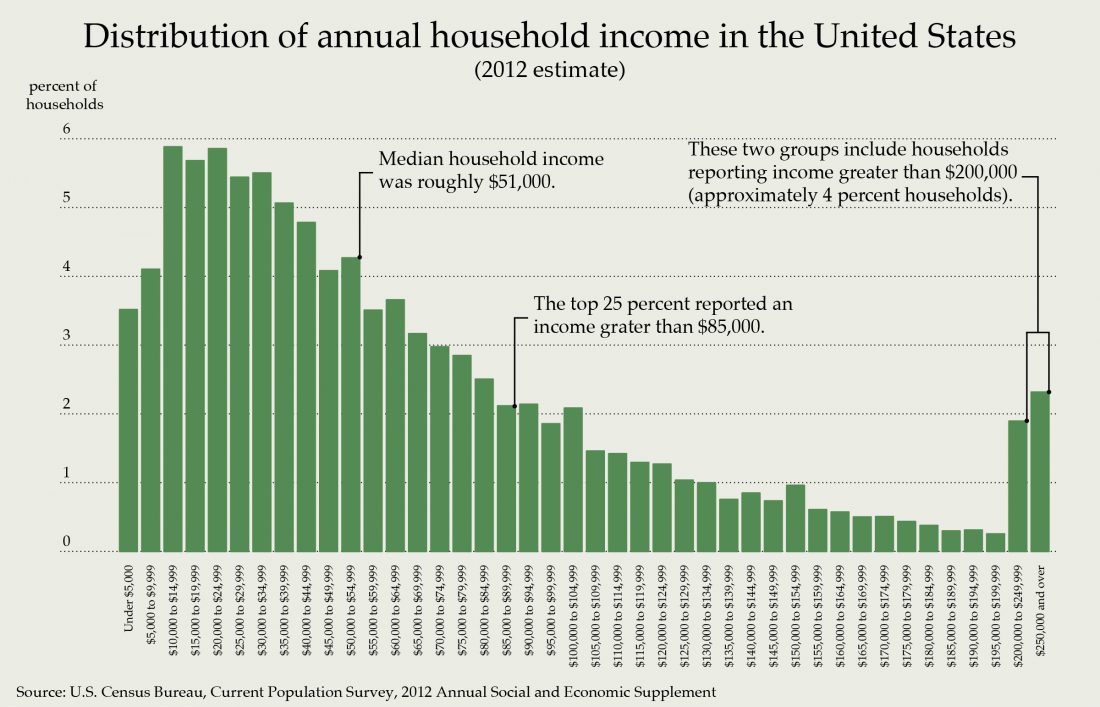 I will let the data speak for themselves for now and invite comments. Next week I will share my take on the data and what can be done to try to swing us back from oligarchy to democracy and the ideas that the Founding Fathers tried to frame in the American Constitution.