Posted on May 1, 2018 by climatechangefork

Figure 1 in last week’s blog listed key impacts of climate change as a function of increasing global temperature relative to the average temperature between 1980 and 1999. Based on NASA measurements (Figure 2 in the same blog), we have calculated a temperature increase of 0.75oC within that time period. One of the key impacts shown in that figure is “Hundreds of millions of people exposed to increased water stress.” This impact is estimated to occur once the global temperature rises by 3oC. This blog describes the current situation and some possible strategies to alleviate the stress. Here is how the World Resource Institute (WRI) describes the present global situation:

Our analysis finds that 37 countries currently face “extremely high” levels of water stress, meaning that more than 80 percent of the water available to agricultural, domestic, and industrial users is withdrawn annually.

Yet the world’s water systems face formidable threats. More than a billion people currently live in water-scarce regions, and as many as 3.5 billion could experience water scarcity by 2025. Increasing pollution degrades freshwater and coastal aquatic ecosystems. And climate change is poised to shift precipitation patterns and speed glacial melt, altering water supplies and intensifying floods and drought.

Figures 1 and 2 below describe the situation in terms of number of people exposed to water stress and its distribution around the globe. 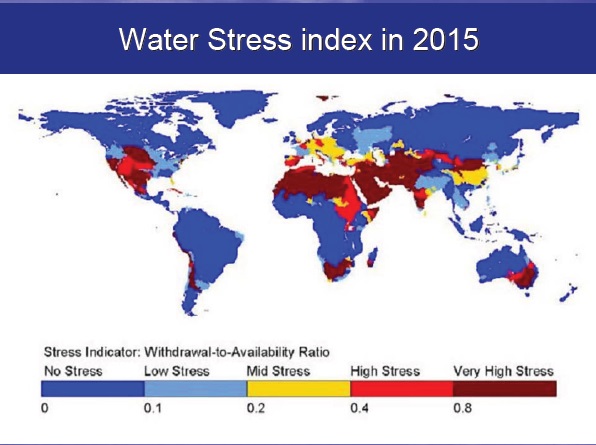 Given that 70% of the planet is covered in water, there is obviously no shortage of it. However, there is a shortage of fresh water that can be used to satisfy the basic human needs summarized in Figure 3. High and low-income countries have different needs, which directly relate to their degrees of industrialization and the fractions of their workforces employed in agriculture (March 27, 2018 blog).

As Figure 2 shows, severe water stress doesn’t have to be on a countrywide level. Good examples of this are the US, Australia, China, and more recently South Africa. One solution for such countries with stress in some parts and abundance in others is to move massive amounts of fresh water from the latter to the former. Figure 4 shows China’s massive water works from the Yangtze River basin to Beijing, which I have discussed before (September 1, 2015): 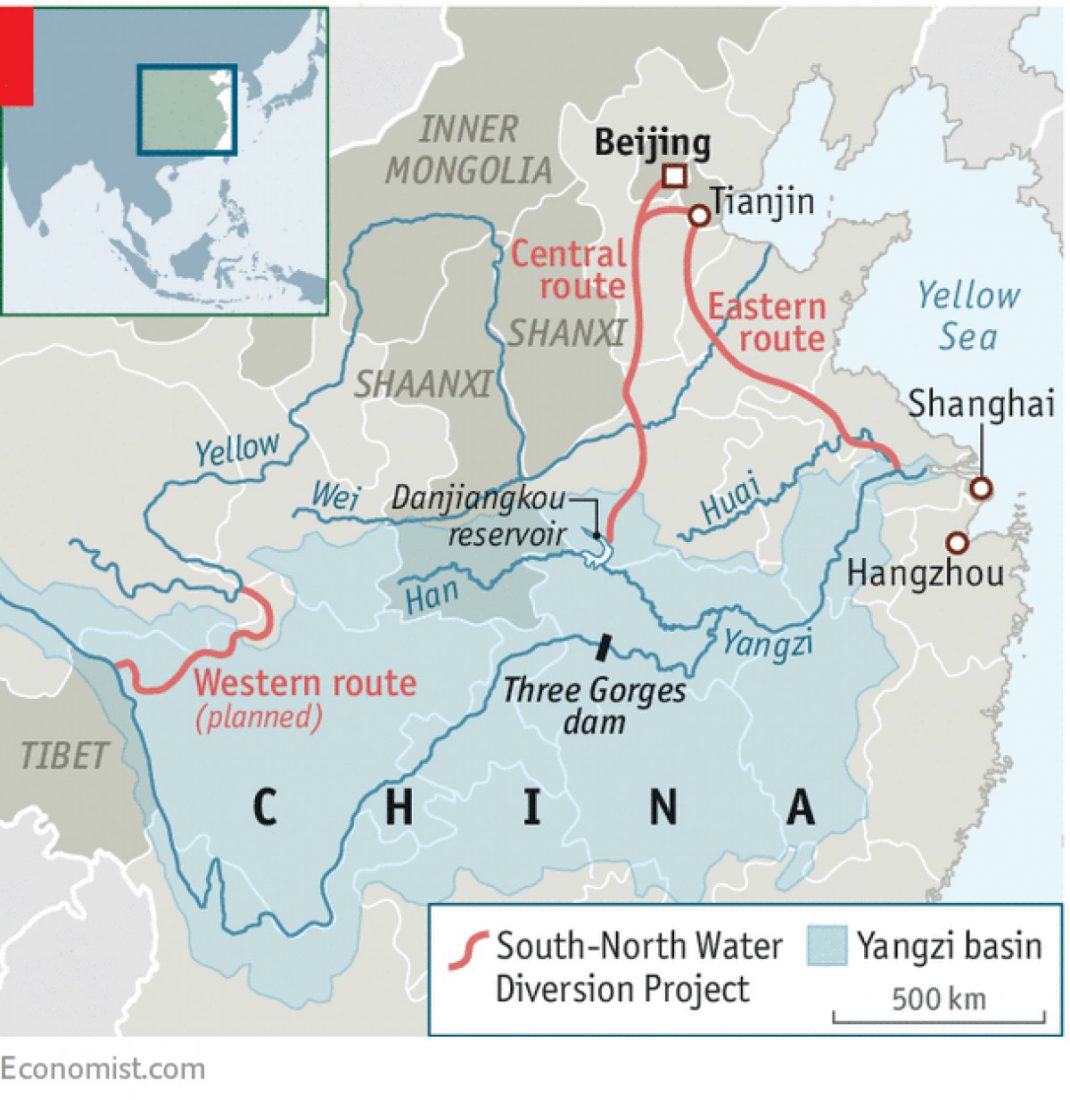 California has a history of developing extensive infrastructure to move water from the north to supply Los Angeles and the California Central Valley, which in turn supplies the US with the majority of the fruits and vegetables it consumes:

In 1979, a balding man with a touch of gray at the temples and glasses like windshields was holding forth on his favorite subject: H2O. Pat Brown, former governor of California — and father of current California governor Jerry Brown (D) — was asking: What’s the value of water?

“You need water,” he told the University of California’s Oral History Program, as recounted in Marc Reisner’s “Cadillac Desert: The American West and its Disappearing Water.” “Whatever it costs you have to pay it. … If you’re crossing the desert and you haven’t got a bottle of water, and there’s no water anyplace in sight and someone comes along and says, ‘I’ll sell you two spoonfuls of water for ten dollars,’ you’ll pay for it. The same is true in California.”

This philosophy — unlimited water for every Californian at any price — was behind Pat Brown’s massive mid-century push for water projects in the Golden State. And it’s a legacy his son, who just announced California’s first mandatory water restrictions, must endure.

We can also address water stress by increasing the efficiency of water use (e.g. by way of a price increase) or “creating” new fresh water through desalination.

Water productivity, according to the World Bank, is calculated as GDP in constant prices divided by annual total water withdrawal. Increase in water productivity means that that less water is needed to produce a unit of economic activity – a balance that is equivalent to saving water. Figure 5 shows the changes in global water productivity. The data are sporadic and do not show a discernible trend but one can see that they can jump close to a full order of magnitude in a short time, providing great opportunity for improvement. 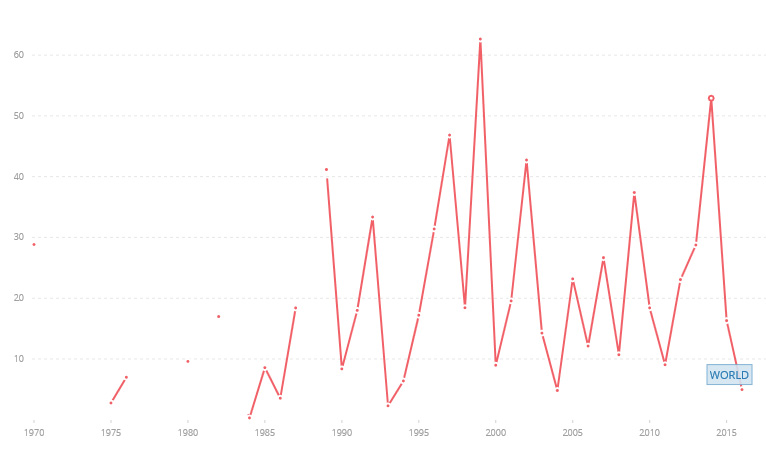 Table 1 shows the water productivity in the 12 countries I have used since February as a yardstick for global activity. I have added Israel to this table because I wrote earlier about the successes of its water management policies (March 4, 2014 blog).

Table 1 – Indicators related to water productivity of Israel, the 12 most populous countries, and the world as a whole

Figure 6 shows global water desalination efforts (October 29, 2013). Here is what I wrote in that blog:

The map below shows the “hot spots” for the use of this technology. Unfortunately, the height of the bars is not normalized to any parameter that scales with the size of the country (population, GDP or water consumption) so the visual might be a bit misleading. For obvious reasons (abundance of oil money, great shortage of water) South Arabia and the Gulf States are leading the effort. The effort is visible in almost every continent but, as is so often the case with activities in which available money plays an important role, it is dominated not necessarily by need, but rather, by the ability to allocate the necessary resources. 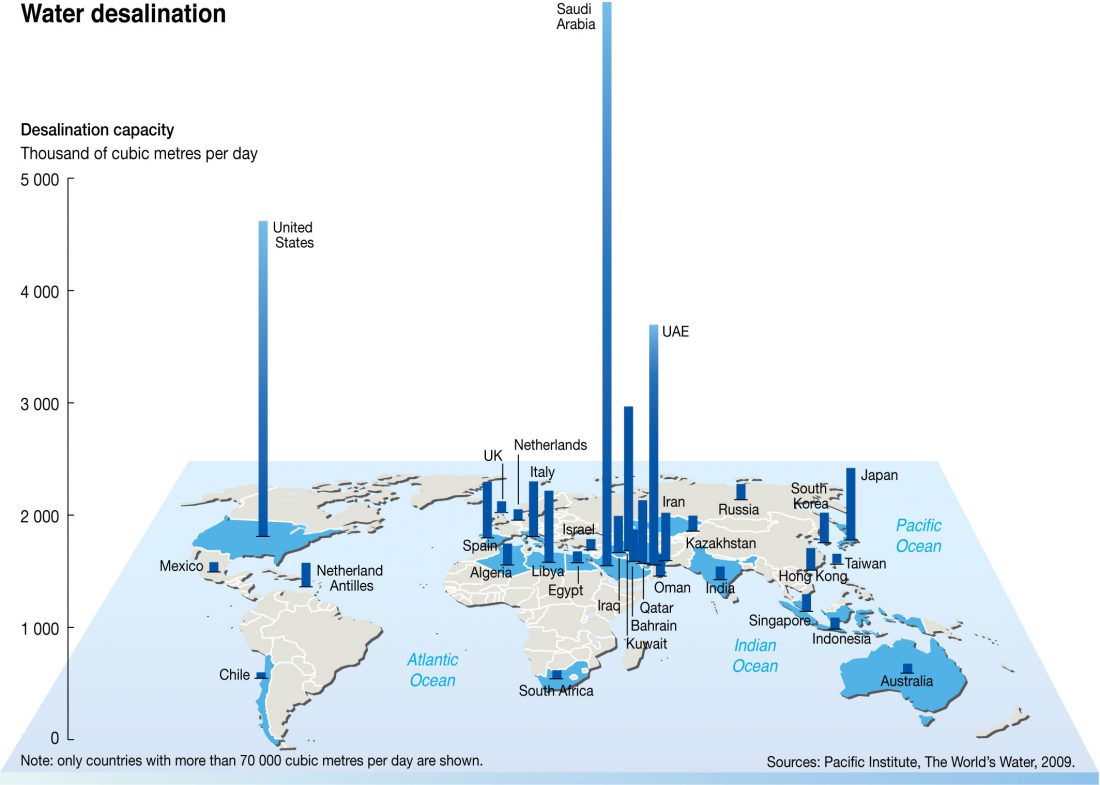 When I wrote about water management in Israel, I emphasized how the country coordinated all three activities mentioned here with the fluctuation of its external water supply (weather), as well as its practice of recycling water. Most importantly, I underlined the price that consumers have to pay. This also requires optimizing water quality for every application. To successfully achieve this same success on a global scale is a big challenge.