Posted on August 13, 2019 by climatechangefork

Hi! This is guest blogger Chapin Zerner, checking in from East Northport, New York. I have made one previous appearance on Climate Change Fork, back in 2013—as the fourth grader who worked with Professor Tomkiewicz on an electricity audit science fair project in the hopes of a bid to Brookhaven National Labs. While I ultimately did not advance to the Brookhaven competition in fourth grade, my love of science was in no way quashed.

In fact, in the years since, I have worked on four science fair projects at junior high and high school levels. These endeavors have focused on a variety of subjects, including two astrophysics projects (the latter of which was under the guidance of Professor Tomkiewicz) and two biology projects. The one of most relevance to the increasingly pertinent issue of climate change was that I developed starting in July of 2018 and continued to pursue through many science fairs into April of 2019.

This experiment focused on the relationship between the phytoremediator plant, Lemna minor L., colloquially known as duckweed, and harmful, chemical-ridden pesticides. This testing was all completed in high-salinity environments (more on that later). I titled the paper chronicling this experimentation: “The Effect of Increased Salinities and Introduction of Phytotoxic Pesticides Roundup and Spectracide Triazicide on the Health and Phytoremediation of Lemna minor L.” 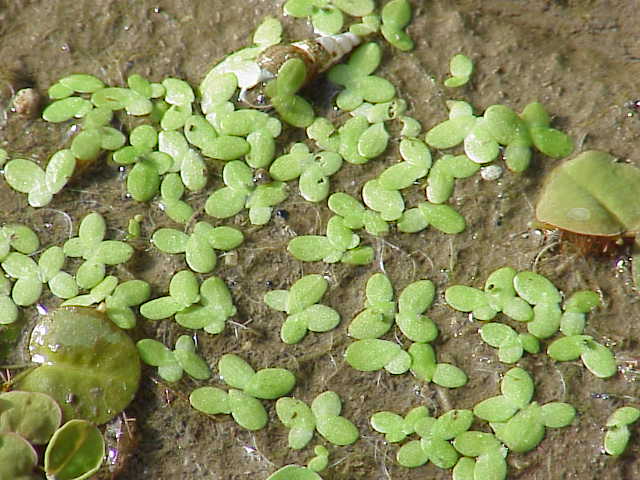 Part of my rationale behind using duckweed as the specimen for this experimentation was its role in the environment as a model organism. In other words, the effects displayed in the behavior of duckweed will more likely be transferrable to other organisms similar in structure than would a randomly chosen aquatic plant. Additionally, duckweed has a unique ability to act as a phytoremediator in its environment—effectively ridding its immediate environment of any harmful agents found in trace amounts. Much research has been done on this ability of Lemna minor L., with respect to heavy metals.

However, my most critical reason for using duckweed specifically was its close relation to its sister species, Oryza sativa—common Asian rice. Rice is one of the most widespread ingredients throughout world cultures, and feeds approximately a quarter of the world’s population, exemplifying its role as an international staple crop. Likewise, I chose the pesticides Roundup and Spectracide due to their widespread use as herbicides and insecticides, respectively.

The facet of this research that was, in my opinion, the most relevant to global climate change was that of the preliminary saltwater testing. The effects of melting ice caps, glaciers, and overall rises in sea levels are well documented, and often result in a phenomenon known as saltwater intrusion. Characteristics of saltwater intrusion include the encroachment of brackish and saline water into coastal freshwater sources, namely aquifers. Thus, freshwater organisms, such as our beloved duckweed, are adversely affected.

While there was a plethora of research surrounding saltwater intrusion and its effects on freshwater environments, the environmental field was severely lacking in the respect of climate change plus other environmental shifts. That is to say: climate change does not occur in a vacuum. There are other factors that experience alterations at the same or at similar rates to climate change, sometimes in conjunction and sometimes individually. Hence, the infiltration of saline water to aquifers interrelates to the infiltration of harmful man-made chemicals to drinking sources such as aquifers.

Since the combination of pesticides and saline water has the potential to be a deadly one, affecting both liquid and solid sources of sustenance, my partner and I deemed this research to be a worthy endeavor. So, we went about experimenting with a control of fresh water: 0 millimolar (mM, one thousandth of a mole per liter) salt water. In addition, we had four experimental groups: 25 mM, 50 mM, 75 mM, and 100 mM. We ran these trials several times with a minimum of 10 gametophytes—individual duckweed organisms—per testing vessel. These trials were run with only salt water. At this point in experimentation, no pesticides had yet been added.

Following the collection of data and analysis of preliminary results, we chose two experimental groups for further testing with the addition of pesticides: 25 mM and 75 mM saltwater solutions, as well as the fresh water control. These concentrations were chosen due to quantitative and daily qualitative results showing there to be the greatest extremes in stratification here. Duckweed was healthiest at a 25 mM salt solution, and least healthy at 75 mM; the highest salt concentration, 100 mM, seemed to kill the Lemna minor L. too rapidly to be of any use in further testing.

We then chose a high and a low concentration of each Roundup and Spectracide to add to the chosen saline solutions. These trials were also run in duplicate, with a minimum of 20 gametophytes per testing vessel. After several days of trials, and a surplus of assessments and chemical testing, we were surprised at the determined results. Roundup, the herbicide made to kill plant life such as Lemna minor L., was less effective at killing duckweed in our experimentation than was its insecticide counterpart, Spectracide. This was hypothesized to be due to the potency of active ingredients in each solution.

These increased salinities are hypothesized to have served as catalysts for the active ingredients of Roundup and Spectracide, although to a lesser extent in the case of Roundup.

An additional finding included the realization that the effectiveness of glyphosate, the active ingredient of Roundup, is contingent on the presence of the shikimate pathway, a seven-step metabolic process found in plants. It is this process that kills the unwanted plants. Companies such as those that produce Roundup may claim non-toxicity to humans due to the fact that mammals do not contain the shikimate pathway. However, the human gut microbiome, an integral part of human health, contains microbiota, which do utilize the shikimate pathway. This suggests that Roundup entering the body by any means, whether it be by eating plants sprayed with the chemical, or, as evidenced by multiple lawsuits, by working in close contact with it, is likely extremely detrimental to human health.

Once again, this process is exacerbated by the presence of high-saline environments. This, coupled with saltwater intrusion and the encroachment of sea levels, is not a favorable combination for human health. On the other hand, Spectracide does not utilize the shikimate pathway like Roundup. Rather, it forces open ion channels in the targeted insect, leading to paralysis and eventual death. Thus, the effects of Spectracide on human health in the presence of salt is not as well understood, but certainly does pose a threat.

For me, this study demonstrated the depth of the unknown in terms of hazard-levels for chemicals such as Roundup, especially in conjunction with global climate change and altered saline concentrations in aquifers and beyond.

I would like to thank Professor Tomkiewicz for the opportunity to discuss my research here. Please contact me if you have any questions. Meanwhile, here is a link to my full paper.

Micha Tomkiewicz, Ph.D., is a professor of physics in the Department of Physics, Brooklyn College, the City University of New York. He is also a professor of physics and chemistry in the School for Graduate Studies of the City University of New York. In addition, he is the founding-director of the Environmental Studies Program at Brooklyn College as well as director of the Electrochemistry Institute at that same institution.
View all posts by climatechangefork →
This entry was posted in Climate Change, Guest Blog, Sustainability, Water and tagged aquifer, climate, Climate Change, drinking water, glyphosate, hazard, Health, human, insect, ion, mammal, metabolism, microbiome, Mitigation, Pesticide, plant, Pollution, potable water, Roundup, saline, Salinity, saltwater, saltwater intrusion, Science, sea level, shikimate pathway, Spectracide, toxic, toxicity, Water, weed killer. Bookmark the permalink.