Posted on February 16, 2021 by climatechangefork 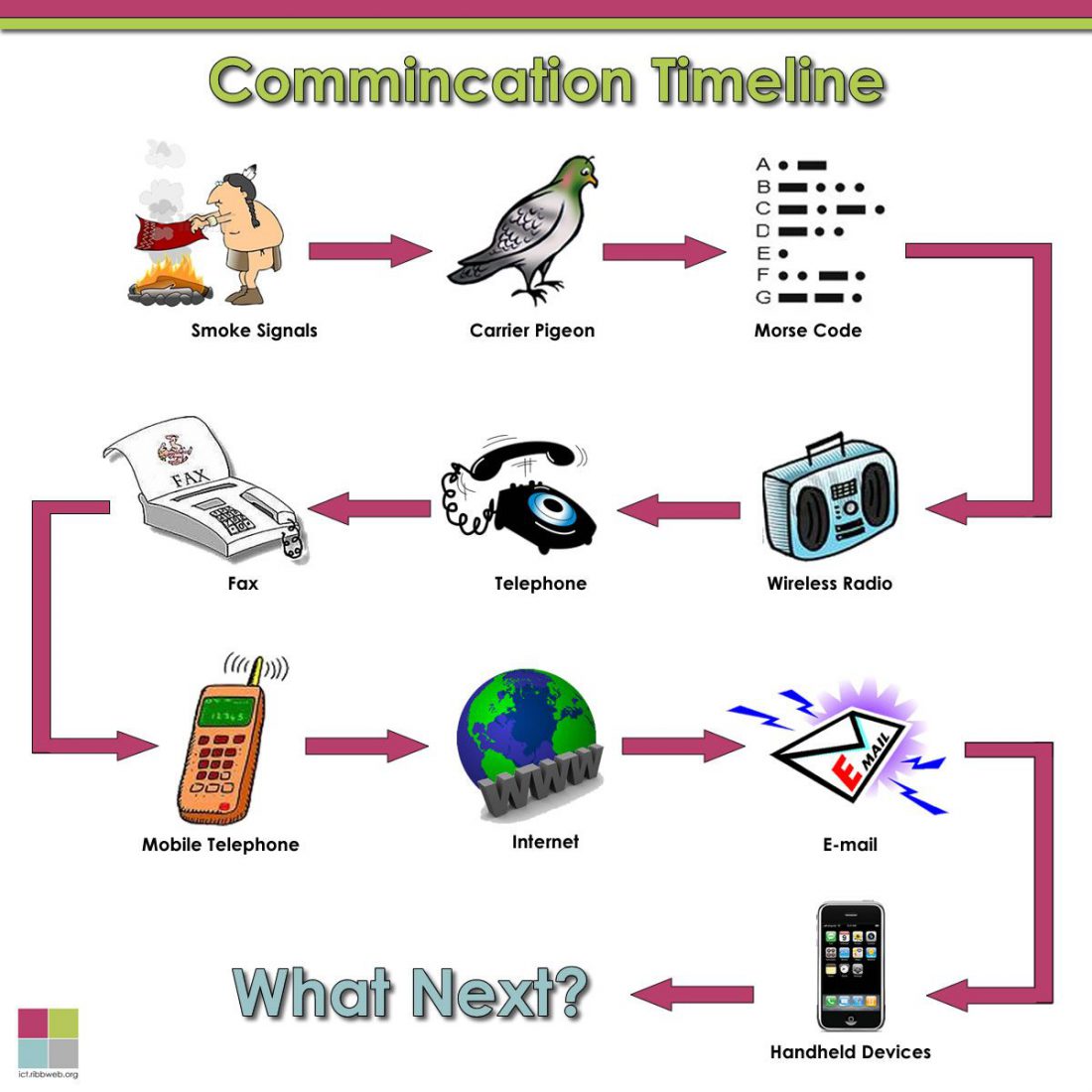 I teach different levels of climate change courses and do my own research on the subject. My semester started at the end of January and I had four senior students who needed to select their own research topics regarding the climate and physics. I wrote my February 2nd blog on my perceptions of the physics of reality in part to serve as a guideline for these selections. Doing so, I have encountered another aspect of our reality: the role of social media.

One of Brooklyn College’s objectives in requiring science for all students is to produce well-rounded citizens who can make their own decisions about a variety of issues and vote (or serve) accordingly. Climate change is an excellent example of this aspiration.

Of course, the danger always exists that a teacher may try to impose his own politics on his students. Coming from a position of power, this is ethically questionable. I have been, at least nominally, trying to avoid politics in my teaching, making resentment from students with different political views less likely. However, politics can have a relatively broad definition. According to the Oxford Languages Dictionary:

the activities associated with the governance of a country or other area, especially the debate or conflict among individuals or parties having or hoping to achieve power.

In one sentence, it comes down to how the interactions between the individual and the collective are governed.

Recently, I tried to boost my readership of this blog via Facebook. Facebook was happy to accept the money to promote my post from two weeks ago, “Physics of Reality” (February 2nd). It boosted my blog considerably (thousands of new viewers) and brought in a slew of comments, many of which my great editor, Sonya Landau, determined came from trolls. I was unfamiliar with the term and had to Google the term to get some insight but I agree with her assessment. Meanwhile, Facebook refused to boost an earlier blog “Peaceful Presidential Transition vs. the Rise of Nazis” (January 26th), because it was judged to be too “political.” I am guessing this determination had to do with my repeated mention of Nazis.

Below are Facebook’s instructions as to the censorship of blogs that are too political:

As of November 4 at 12:00 AM PT, we temporarily stopped running all ads about social issues, elections or politics in the United States. We’ll notify advertisers when this policy is lifted. Learn more.

Learn more about how Facebook has been preparing for the elections.

Given the evolving COVID-19 situation, we have fewer people and resources available to process new authorizations for ads about social issues, elections or politics. In certain cases, our review times to review ID documents has exceeded 48 hours. Our teams are actively working to review your documents in a timely manner. Continue to visit facebook.com/id to check status. If it’s been 30 days or more since you submitted your ID and you haven’t received a notification that it’s been rejected or approved, try submitting your ID again. We apologize for any inconvenience.

Ads about social issues, elections or politics are:

Facebook is exploring ways to play down political content on users’ feeds as it continues to reckon with the role its site played in boosting interest in the Jan. 6 rally that ended with a mob attack on the U.S. Capitol, the social media titan announced Wednesday.

Starting this week, Facebook will temporarily reduce political content in news feeds for a small slice of users in Brazil, Canada and Indonesia. It will do the same with a small percentage of American users in the coming weeks. The company also said it will stop recommending civil and political groups to users worldwide, just as it did in the United States before the Nov. 3 election.

I understand the urgency of the political censorship on Facebook and other social media outlets. It came, in large part, as a response to the extreme politicization of these outlets surrounding both the 2016 and 2020 US elections and the vast polarization in between. Thomas Friedman gives his take:

“Cyberspace Plus Trump Almost Killed Our Democracy. Can Europe Save Us?”

If we don’t find a solution fast, China will pass us economically.

Fast forward to today. Cyberspace is starting to resemble a sovereign nation-state, but without borders or governance. It has its own encrypted communications systems, like Telegram, outside the earshot of terrestrial governments. It has its own global news gathering and sharing platforms, like Facebook, YouTube and Twitter. It even has its own currencies — Bitcoin and others — that no sovereign state has minted.

In recent years, all these platforms have mushroomed. They can elevate important voices that were never heard before. But they can also enable a believer in Jewish-run space lasers that start forest fires to connect with enough voters to become a congresswoman. They can generate mass movements for racial equity and women’s rights, and also generate crowds to block Covid-19 vaccinations or to interrupt a nation’s sacred peaceful transfer of power.

The illustration at the top of this blog outlines the evolution of long-distance human communication throughout the ages. The figure below shows social media’s immense presence worldwide. 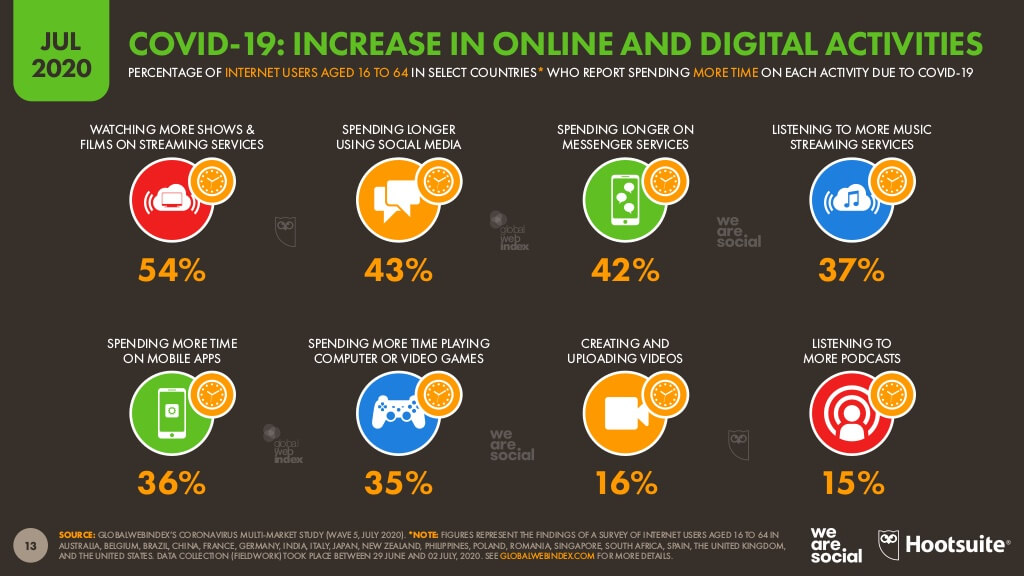 Sociologists have long been interested in the close correlation between social movements and mass communication. The 2018 book, “The Wiley Blackwell Companion to Social Movements” includes a chapter about the link:

This chapter identifies two key dimensions that shape when (and how) activists use mass media: (1) the target of activist communication; and (2) the relative openness of the media system. By examining these two dimensions, one can move beyond simply focusing on types of outlets (traditional outlets or Internet Communication Technology) as well as media outcomes to understand how activists use media for different goals across political contexts. This framework underscores that conventional media (such as mainstream news), commercial media (such as books and music), and Internet Communication Technology are all shaped by state mandates and, consequently, affect how activists use them in their political projects. Using the existing literature on social movements and mass media, the chapter highlights the utility of this approach and draws attention to the obstacles and risks associated with different choices across media systems.

My issue with Facebook and other social media in the context of this evolution is this:

If you want to censor politics, be careful about your approach. Dedicate sufficient resources to the process that will facilitate actual reading of the stuff. Don’t censor based on what you think is a clever algorithm.

I am fully aware that the internet (and real world) abounds with references to Nazis and Hitler (see the January 19th blog, “Godwin’s Law and Us”). I haven’t checked but I am willing to bet that many of the people who used Nazi symbols of any kind at events like that on January 6th, don’t know much about the period under their reign. Obviously, I do.

When I mentioned Nazis in the blog that Facebook refused to boost, they were not a metaphor. I meant, instead, to highlight the historical correlations of their rise to power out of a polarizing, chaotic, environment. We know what followed the Nazi rise to power but we don’t know what will follow our present reality. We are once again in a time of polarization and chaos; we’d better keep our eyes open. I am not trying to use this blog to tell anybody whom to follow or what political party to join. I use this to examine a historical precedent that might help us analyze our time.

Micha Tomkiewicz, Ph.D., is a professor of physics in the Department of Physics, Brooklyn College, the City University of New York. He is also a professor of physics and chemistry in the School for Graduate Studies of the City University of New York. In addition, he is the founding-director of the Environmental Studies Program at Brooklyn College as well as director of the Electrochemistry Institute at that same institution.
View all posts by climatechangefork →
This entry was posted in Climate Change, US and tagged anti-semitic, campaign, censor, censorship, Climate Change, communication, coronavirus, covid, Election, Facebook, internet, Jew, Jewish, Nazi, pandemic, Physics, Policy, political, politics, Social Media, teacher, Teaching. Bookmark the permalink.