How to Explain Reality

Posted on January 26, 2022 by climatechangefork 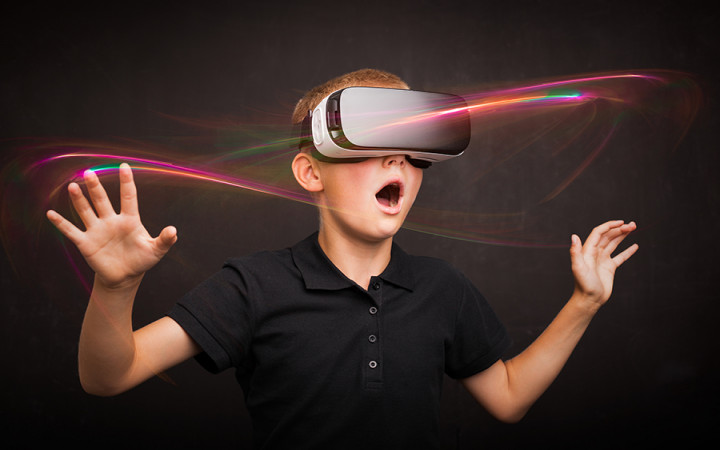 Last week’s blog focused on the name change of Facebook to Meta and on the cherry-picking phenomenon of selectively picking reality to fit our biases and trying to recruit more adherents to our views of reality. The borderlines between virtual, alternate, and “real” reality are getting increasingly blurred.

I have been using the break between semesters and the COVID-induced travel restrictions as an opportunity to try to learn a bit more about the nature of reality–real or virtual or somewhere in between. I started this process at the same time last year, summarizing these efforts with my February 2, 2021, blog on the “Physics of Reality.” The main arguments in that blog were that physics is quantitative and uses the scientific method,  and that the emergence of social physics now includes some human activities (climate change and networking as examples). I started addressing this even earlier, with the October 6, 2020 blog, “Arguing Over Different Realities.” Today, I will try to go a bit deeper.

I will start with some definitions.

Merriam-Webster’s most general definition of “science” is: “knowledge about or study of the natural world based on facts learned through experiments and observation”.

Its definition of “reality” is: “something that actually exists or happens: a real event, occurrence, situation, etc.”

Merriam-Webster defines “virtual reality” as: “an artificial environment which is experienced through sensory stimuli (such as sights and sounds) provided by a computer and in which one’s actions partially determine what happens in the environment”

Wikipedia gives us a more detailed version of the latter:

Virtual reality (VR) is a simulated experience that can be similar to or completely different from the real world. Applications of virtual reality include entertainment (particularly video games), education (such as medical or military training) and business (such as virtual meetings). Other distinct types of VR-style technology include augmented reality and mixed reality, sometimes referred to as extended reality or XR.[1]

Currently, standard virtual reality systems use either virtual reality headsets or multi-projected environments to generate realistic images, sounds and other sensations that simulate a user’s physical presence in a virtual environment. A person using virtual reality equipment is able to look around the artificial world, move around in it, and interact with virtual features or items. The effect is commonly created by VR headsets consisting of a head-mounted display with a small screen in front of the eyes, but can also be created through specially designed rooms with multiple large screens. Virtual reality typically incorporates auditory and video feedback, but may also allow other types of sensory and force feedback through haptic technology.

It seems that we are much better at defining virtual reality than the real-world variety.

As I mentioned in last week’s blog, I teach three courses on the undergraduate level: two related to climate change and one on cosmology. Within our studies of climate change, there is an obvious need to distinguish between reality (i.e. what is “factual” or “true”) and an alternative understanding of the world, based on biases and self-confirmation. The common adage is, “follow the science.” Well, that’s what I am teaching. To many, cosmology is “pure” science: anchored on the scientific method. For many others, it is heavily influenced by religious beliefs—something that I discuss in the course. Understandably, there are those that use religion to explain the things that science cannot fully understand. In my classes, after early warnings to students to try not to mix religion with science, I continue to describe cosmology as the scientific description of reality on the grandest scale.

Most of us are experiencing interesting aspects of our “true” reality. As I mentioned throughout previous blogs, I have family living in every continent other than Antarctica. The pandemic prevents us from seeing each other face-to-face, so we try to maintain contact through telephone calls or virtual meetings through systems such as Zoom. I have family in Melbourne, where the Australian Open is now taking place. The event has been in the news beyond just sports coverage because of COVID-19 vaccination issues with player Novak Djokovic. The time difference between NYC and Melbourne is 16 hours; if we want to make virtual contact with Australia, we know how to adjust the timing to be convenient for all of us. However, we never think about the possibility that time itself might change with the distance: that seconds, minutes, and hours might have different lengths on our respective watches. Such changes are essential to Einstein’s Theories of Relativity, which are essential to understanding cosmology.

I used my semester break to revisit The Road to Reality, a book by Roger Penrose, whom Wikipedia describes as a “British mathematician, mathematical physicist, philosopher of science, and Nobel Laureate in Physics.”

Penrose received the Nobel Prize in Physics in 2020 for his work on black holes, much of which was done in collaboration with Stephen Hawking. In his book, Penrose quotes Hawking: “I don’t demand that a theory corresponds to reality because I don’t know what it is, Reality is not a quality you can test with litmus paper. All I’m concerned with is that the theory should predict the results of measurements.”

Penrose’s book is full of advanced mathematics that most of us are not equipped to follow but there are some publications that break down the issues in ways that are more accessible for the general public, including an article in Scientific American and Michio Kaku’s new book, The God Equation (Doubleday, 2021).

Admittedly, the type of reality that Penrose and Hawkins are trying to understand is at the furthest fringes of cosmology, which include the Big Bang and black holes. While we can use the scientific method for everything that leads up to them, measurements, as invoked by Hawkins, cannot be carried out directly in such extreme conditions. This leaves us with some open questions, on which we use mathematical theories based on the data that we actually can measure.

Often, even attempts to understand reality on such a level are compared to efforts to second-guess God’s creations. However, even on this level, cherry-picking is prevalent, mostly pertaining to our favorite mathematical theories. In Penrose’s book, he is very careful to mention whenever a statement is subjective and his opinion is not necessarily shared by many others. Most of us are not that good at differentiating.

Micha Tomkiewicz, Ph.D., is a professor of physics in the Department of Physics, Brooklyn College, the City University of New York. He is also a professor of physics and chemistry in the School for Graduate Studies of the City University of New York. In addition, he is the founding-director of the Environmental Studies Program at Brooklyn College as well as director of the Electrochemistry Institute at that same institution.
View all posts by climatechangefork →
This entry was posted in Climate Change, Education and tagged cherry picking, fact, Michio Kaku, Penrose, Physics, reality, religion, Science, Stephen Hawking, truth, virtual reality. Bookmark the permalink.