Bottom-Up Is Not Enough!

Posted on April 4, 2017 by climatechangefork

During the first two months of the new Trump administration, climate change and science were hardly visible on the agenda; things have changed in a major way over the last two weeks, with the government living up to some of the worst predictions. In the last few blogs I promised to shift my concentration away from the top-down darkness and emphasize the strength and resilience of grassroots trends. As it happened, some important people got ahead of me. The most forceful voice was probably that of former Mayor Michael Bloomberg, who penned an Op-Ed in the NYT on Friday, 3/31:

No matter what roadblocks the White House and Congress throw up, the United States can — and I’m confident, will — meet the commitment it made in Paris in 2015 to reduce greenhouse gas emissions that are warming the planet. Let me explain why, and why correcting the false perception is so important.

There is virtually nothing the Trump administration can do to stop advanced technology and consumer preferences from driving down coal’s market share still further. (A decade ago, coal was the source of half of American electricity production; today it’s down to one-third.) In fact, even if the Clean Power Plan disappears entirely, we would still be in a position to meet our Paris commitment, which is to reduce greenhouse gas emissions 26 percent below 2005 levels by 2025.

In combination with existing federal policies that can’t be undone, like vehicle fuel efficiency standards through model year 2021, the last third can be achieved by cities and businesses that are taking action to cut pollution and improve their energy efficiency. This week, many of the 81 major corporations (including Apple and Wal-Mart) that signed a pledge in 2015 to reduce their emissions reaffirmed their commitments, and Anheuser-Busch InBev announced that it aims to get 100 percent of its energy from renewable sources by 2025. (My company is pursuing the same goal.)

No mandate from Washington is forcing these companies to act — just their own self-interest.

In both red and blue states, cities — which account for about two-thirds of the country’s emissions — are taking the lead in the fight against climate change. More than 130 American cities have joined the Global Covenant of Mayors for Climate and Energy, and all are determined to see that we meet our Paris goal. Their local policies — expanding mass transit, increasing the energy efficiency of their buildings, installing electric vehicle charging stations, creating bike share programs, planting trees, to name just a few — will help ensure we do.

Here are a few examples of what Mayor Bloomberg was talking about:

“Cities Shop for $10 Billion of Electric Cars to Defy Trump”:

Thirty cities including New York and Chicago jointly asked automakers for the cost and feasibility of providing 114,000 electric vehicles, including police cruisers, street sweepers and trash haulers, said Los Angeles Mayor Eric Garcetti, who is coordinating the effort. That would be comparable to about 72 percent of total U.S. plug-in sales last year.

While urban leaders want more low-emission vehicles to ease the role city traffic plays in altering the climate, automakers say there aren’t enough buyers. They also have advocated for relaxing rules on traditional fuel vehicles. The Trump administration, which seeks to cut regulations it sees as too costly or onerous, is poised to announce Wednesday that it will reconsider tighter standards finalized a week before President Barack Obama left office.

According to the latest issue of the U.S. Energy Information Administration’s (EIA) “Electric Power Monthly” report (with data through Dec. 31, 2016), renewable energy sources continued their rapid growth and accounted for 15.34 percent of domestic electrical generation in 2016 — compared to 13.65 percent in 2015.

Brooklyn is known the world over for things small-batch and local, like designer clogs, craft bourbon and artisanal sauerkraut.

Now, it is trying to add electricity to the list.

In a promising experiment in an affluent swath of the borough, dozens of solar-panel arrays spread across rowhouse rooftops are wired into a growing network. Called the Brooklyn Microgrid, the project is signing up residents and businesses to a virtual trading platform that will allow solar-energy producers to sell excess-electricity credits from their systems to buyers in the group, who may live as close as next door.

The project is still in its early stages — it has just 50 participants thus far — but its implications could be far reaching. The idea is to create a kind of virtual, peer-to-peer energy trading system built on blockchain, the database technology that underlies cryptocurrencies like Bitcoin.

California’s clean-air agency voted on Friday to push ahead with stricter emissions standards for cars and trucks, setting up a potential legal battle with the Trump administration over the state’s plan to reduce planet-warming gases.

The New York Times illustrated this trend in a graphic: 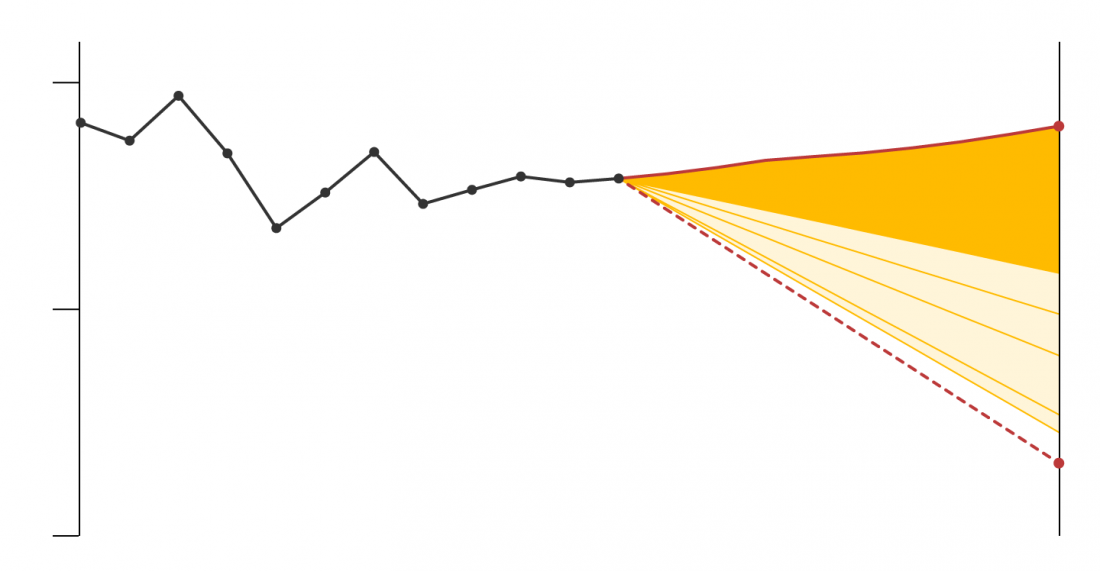 Figure 1 – Projections of vehicle carbon emissions in business as usual scenario as compared with the proposed California standard.

Unfortunately, even if the bottom-up efforts prevail, it will not be enough. In spite of my attempts at optimism, I will not be able to confine myself to the bright sides of our recent governmental transition. Three important factors will continue to hinder all local attempts at facilitating and amplifying the global energy transition away from fossil fuels:

I will address these subjects in future blogs.

1 Response to Bottom-Up Is Not Enough!