Posted on February 7, 2017 by climatechangefork

We have spent the last two weeks examining how to stabilize our main socioeconomic indicators in order to achieve a long-term sustainable existence. Since climate change is one of the main early signs of the emerging human-dominated geological era (Anthropocene), I have focused especially on human-caused (anthropogenic) aspects that trigger changes in atmospheric chemistry and drive climate change. The IPAT identity summarizes some indicators, including population, affluence, energy intensity, and energy sources.

However, these are not the only indicators necessary to accomplish long-term sustainability. The World Bank included 41 such indicators in its section on climate change (April 7, 2015).

The World Bank indicators are all measurable quantities in need of long-term stabilization. In this case, they specifically target climate change. As you can surmise, only some of them relate to the IPAT identity – mainly as consequences of its individual components. The rest, while still linked to consequences of the impacts of climate change, fall outside that specific definition.

The United Nations also came out with its own recent list (October 13, 2015) of sustainable development goals to be accomplished by 2030. 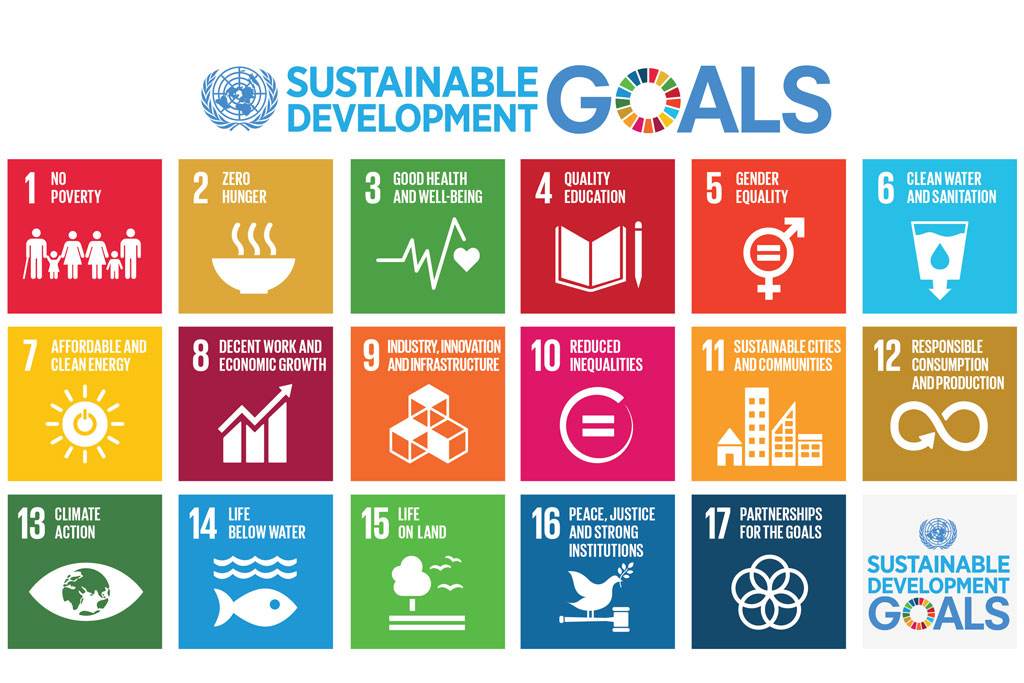 Most of the UN goals are unsurprisingly abstract, targeted more toward global justice than any measurable indicators for stabilizing long term living conditions on earth. It is encouraging that the UN specifically refers to preservation of the physical environment in goals number 14 (life below water) and 15 (life on land). However, these fields are still presented in a non-quantifiable form.

To ensure long term sustainability, important indicators are missing from both lists. For example, if we look at last week’s blog about stabilizing affluence, data there show that among the ten most populous countries there are very large differences in wealth per person. An American’s wealth as measured in GDP/Capita is more than 50 times that of the average Bangladeshi. Among the ten most populous countries, whose residents account for 60% of the world’s population, there are only two developed countries – the US and Japan – with a GDP/Capita greater than $12,000. I also included data that show that the combined wealth of the planet’s eight richest people is more than the total wealth of almost half the world’s population. Under these conditions it is hard to ask a Bangladeshi or Indian person not to strive for further economic growth so that he/she can live like an average American or Japanese citizen. To put the issue into sharper contrast, the Bangladeshi or Indian citizens are not the only ones who require their governments to ensure ever faster economic growth; that is also true of citizens of the rich countries. Election results are firmly linked to perceptions of economic performance, as based solely on growth or decline, not on the sustainability of a healthy economy. But the economies of the rich countries cannot grow forever. In fact, the important issue for stabilizing global wealth has less to do with absolute level of wealth and much more to do with wealth distribution.

The IPAT identity that I continuously bring up is comprised of the indicators that are considered to be most responsible for the anthropogenic contributions to climate change. As to the temperature rise that we associate with climate change, we see the brunt of its effects via sea-level rise and fresh water distribution through the water cycle (September 3, 2013 blog). The water cycle and energy cycle are linked, so any impact to one also affects the other. With 70% of the Earth’s surface covered by oceans, as long as the global temperature does not approach water’s boiling point and as long as the atmosphere does not escape Earth’s gravity (as happened on Mars), we will have plenty of water on Earth – albeit most of it undrinkable and unsuited for agricultural use. We can get fresh water from ocean water by desalination (October 8 – December 3, 2013) but we will have to use sustainable energy and it will probably be expensive. In spite of the fact that right now about a quarter of the world’s population is living under water stress, it is unlikely to become the prime cause of human extinction.

There are a few other indicators that are in need of global stabilization. Some of these are quantifiable, and thus amenable to the sort of stabilizing saturation we discussed last week; some are not. We need good and effective governance to successfully implement any top-down policies. Furthermore, at the base, we need good education for both genders – not only to have an informed electorate but also to keep population growth in check.

It will be a great exercise to try to correlate the World Bank climate change indicators and the UN goals with both the IPAT indicators and the seven others listed above. We need to convince ourselves that long term control of our existence rests on our ability to stabilize these indicators.

2 Responses to Stabilization of Additional Indicators