Posted on April 12, 2022 by climatechangefork 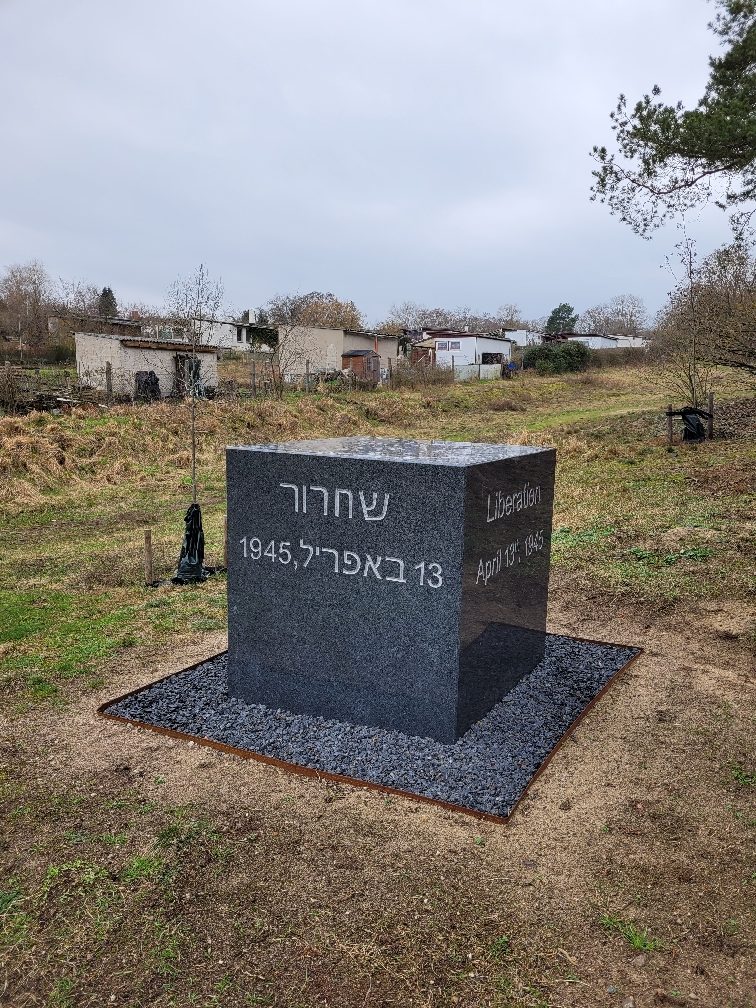 Monument for our April 13, 1945 liberation in Farsleben, Germany

These include personal events that I have covered in one way or another in previous blogs, including Passover, the beginning of the end of the spring semester, my wife’s birthday, and my liberation from the Nazi camp on April 13, 1945. They also include global events such as Earth Day. However, this year the April fool was very busy. COVID-19 is still with us and continues to have an impact on most of us. The Russian invasion of Ukraine has also had major impacts, and its end cannot yet be seen. Additionally, the IPCC issued the third part of its 6th report (AR6). Its last report (AR5) was issued in 2013-2014.

Most of us have private lives that are interwoven with the global reality and none of us can stay untouched. The opening picture shows the monument to my liberation from Bergen-Belsen by the American army, as I described in earlier blogs. The March 24, 2020 blog described the last stages of erecting this monument. It was scheduled to be unveiled on April 13 that year but the pandemic prevented the official unveiling, so it went up without much fanfare. Everybody was hoping that the ceremony could take place this April but the pandemic didn’t cooperate, so it has now been postponed until the end of August in a modified form. I hope to be able to travel to Europe this summer but we are constantly assessing mitigation strategies so we can minimize risk. As I mentioned in that March 24, 2020 blog, three sides of the monument are engraved with “Liberation – April 13, 1945” in German, Hebrew, and English, while the fourth side shows the emblem of the American army’s 30th Infantry Division, which saved us in Farsleben on April 13, 1945. In the meantime, I am busy finishing the semester, trying to enable my students to follow the IPCC report, giving a talk to a high school about my Holocaust experiences, and giving a talk to a different audience attempting to connect the two.

Being a Holocaust survivor ages me. I cannot hide my age. Advanced age has consequences that apply to me like to everybody else, and one of my priorities this month is to take care of various health issues. These are serious and time-consuming issues (fortunately, I have good health insurance so the financial burden is not too serious), but they are manageable—up to now, I haven’t missed any classes or blog posts.

Right now, the most pressing global issue is to try to stop the Russian aggression in Ukraine. The West (a term I am using for nearly every country that openly opposes the Russian invasion) doesn’t want to get into a direct conflict with Russia for fear of escalation to a nuclear confrontation. So, the West is substituting an economic confrontation for a direct military one. Here is how Janet Yellen summarizes the major economic repercussions of the Ukraine invasion:

Treasury Secretary Janet L. Yellen plans on Wednesday to warn of major consequences for the global economy as a result of Russia’s invasion of Ukraine, with both the conflict and global sanctions imposed in response to Russia’s aggression disrupting the flow of food and energy around the world.

The comments by Ms. Yellen, who will appear before a House committee on Wednesday, come as the United States and the European Union are poised to announce another round of sanctions on Russian financial institutions, government officials and state-owned enterprises as the war in Ukraine shows no sign of abating.

Wars usually victimize both aggressors and defenders. Economic wars are no different. Since, as I have mentioned in earlier blogs, Europe is much more vulnerable to fluctuations in Russia’s energy export than other countries, it suffers the most from the economic sanctions. A good example of this vulnerability is Germany:

Last year, Russia supplied more than half of the natural gas and about a third of all the oil that Germany burned to heat homes, power factories and fuel cars, buses and trucks. Roughly half of Germany’s coal imports, which are essential to its steel manufacturing, came from Russia.

Today, those entanglements loom large as European leaders debate whether energy should be included in more sanctions on Russia amid growing evidence of atrocities committed by Russian troops against Ukrainian civilians. Officials in Germany, Europe’s largest economy, are caught between outrage at Russia’s aggression and their continuing need for the country’s essential commodities.

“It was a mistake that Germany became so heavily dependent on energy imports from Russia,” Christian Lindner, Germany’s finance minister, said Tuesday, heading into talks with his European Union colleagues in Luxembourg.

A few days after that last article was written, the Russian atrocities around Kyiv were revealed, and—in spite of its vulnerability—Europe decided to escalate the energy sanctions by banning coal imports:

European leaders, seeking to punish Russia for reports of atrocities carried out in Ukraine, on Thursday approved a ban on Russian coal, the imported energy source that would be the easiest to replace.

And there were concerns that cutting off coal supplies could cause more harm to the European Union than to Russia. Though the European Union depends on Russian coal, the bloc could replace it more easily with imports from other countries than it could replace natural gas and oil. But banning coal from Russia could send energy prices soaring for European consumers, given the existing shortages in the bloc, according to Rystad Energy, a consulting firm. Carlos Torres Diaz, a senior vice president at Rystad, called the potential sanctions “a double-edged sword.”

All of this has had major impacts on the global energy transition and on all of us. Obviously, none of this was anticipated in the just-released AR6 IPCC reports. The publication of the four components of the report is detailed below:

WGI was published at the end of summer 2021, just before the start of the fall semester. WGII and WGIII were published during the last few weeks and the synthesis report will be published at the start of the next semester. The previous report, AR5, was published almost 10 years ago, shortly after I started this blog (see October 15, 2013). The published parts of the AR6 report contain more than 10,000 pages. Each part of the report starts with a “Summary for Policy Makers” (About 40 pages each). The reports are considered by many to be the last word on climate change but the question is: who is their intended audience? The news media has no problem with this. They cherry-pick (September 17, 2019) to suit whatever mood they want to capture by quoting the parts of the report that might help with the message that they want to convey. You can find a few examples of this below.

The other examples come from press samples:

Even the relatively short parts of the “Summaries for Policy Makers” are loaded with references to the other parts of the AR6 report and to AR5. Chances are that most current policymakers were not yet in positions of power when AR5 was published, however, so the references are not necessarily very useful. No matter who you are, if you decide to read the full report, chances are that by the time you finish, it will be irrelevant.

The main question that I have right now is how to teach such a reality. As usual with fast-changing realities, we experiment. In future blogs, I will report the results.

Micha Tomkiewicz, Ph.D., is a professor of physics in the Department of Physics, Brooklyn College, the City University of New York. He is also a professor of physics and chemistry in the School for Graduate Studies of the City University of New York. In addition, he is the founding-director of the Environmental Studies Program at Brooklyn College as well as director of the Electrochemistry Institute at that same institution.
View all posts by climatechangefork →
This entry was posted in Climate Change and tagged agression, AR6, change, Coal, covid, Economy, Europe, Farsleben, Future, Germany, Holocaust, IPCC, liberation, monument, Oil, Policy, Report, Russia, sanctions, Ukraine, War. Bookmark the permalink.