Posted on August 16, 2016 by climatechangefork 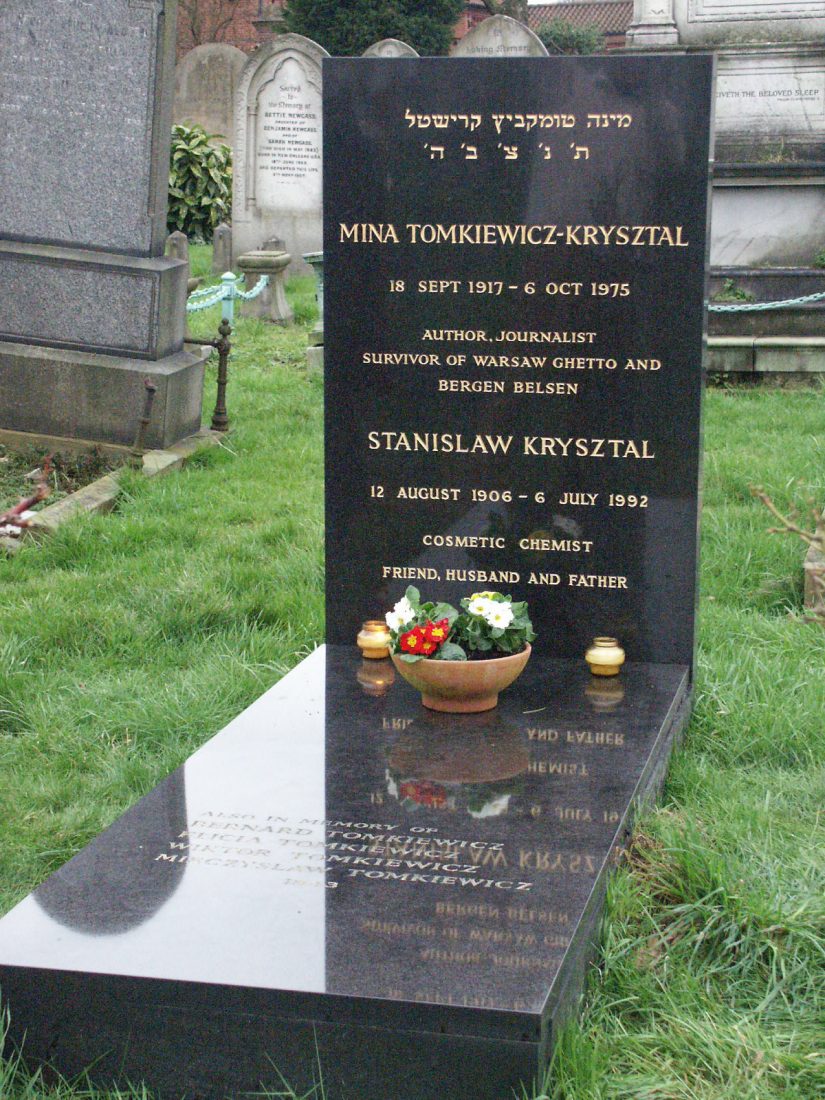 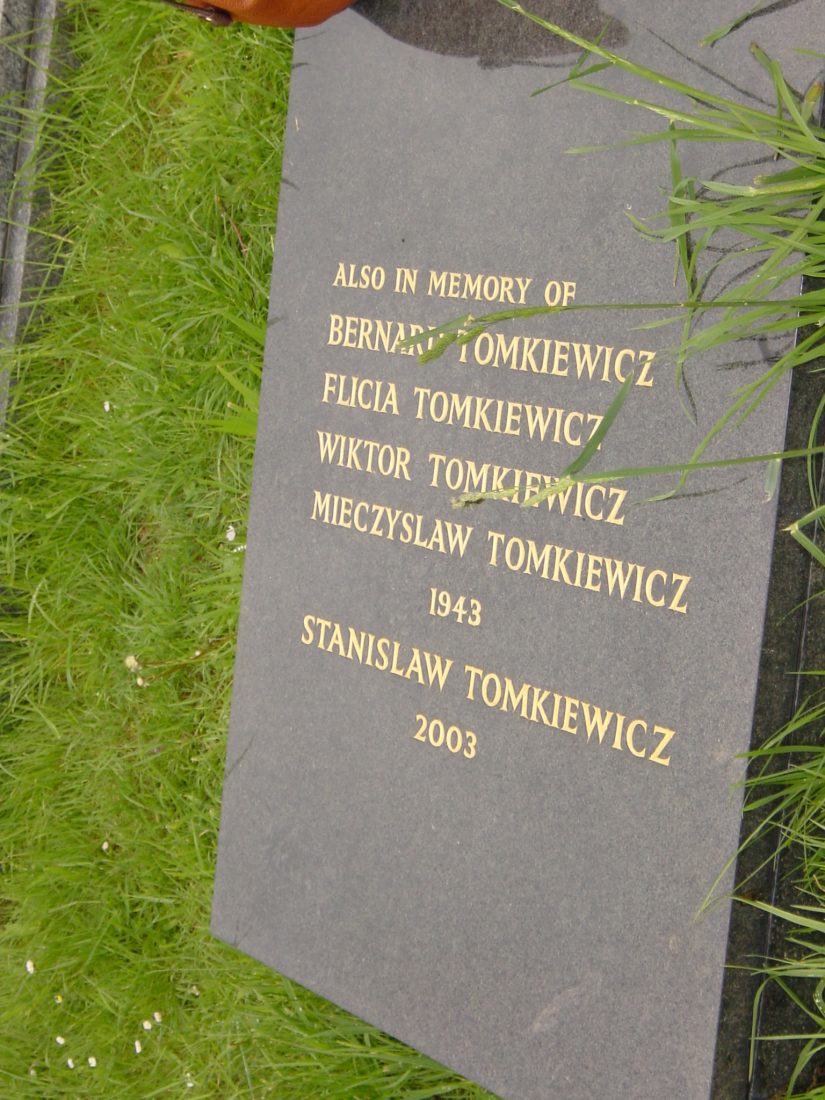 I’m going to try to connect my personal history (August 2) and the pieces of my family history that I gleaned from my recent travels with the global refugee issues.

Above is my mother’s grave in London’s Golders Green Jewish cemetery. She passed away on October 1975. My mother’s body and my stepfather’s ashes are buried there, but it was my mother’s wish to make her grave a monument to fallen family members. The front of the gravestone features her name and that of her second husband, while the base (on the left) shows a list – including my father, my uncle and my grandparents on my mother’s side – of those murdered as a consequence of deportation from the Warsaw Ghetto after the ghetto uprising. My other uncle, who survived the war and passed away in Paris in 2003, was added to the list after his death.

My stepfather immigrated to England before the war and had a successful career as a cosmetic chemist at Gala/Mary Quant Cosmetics. My mother moved to England from Israel after marrying him and lived her last years there. I visit Britain often and regard it as a second home.

By chance, it happened that our visit this time came 5 days after the 52-48% Brexit vote to leave the European Union.

Figure 1 shows the geographical distribution of the vote, while Figure 2 looks at some of the main deciding factors. Figure 1 – The geographic distribution of the Brexit vote 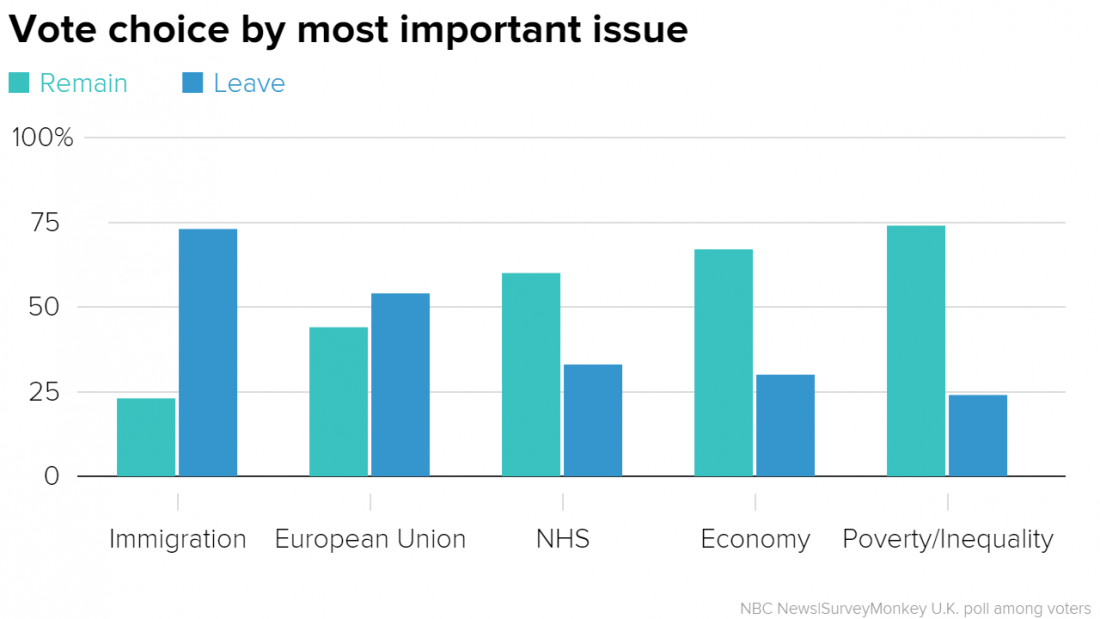 Figure 2 – The main issues in the Brexit vote

Unsurprisingly, the dominant issue in the vote to leave was immigration. The people of Great Britain wanted to control their borders and blamed the European Union (EU) bureaucracy for the “flood” of immigrants and the perceived insecurity that it entails.

In direct democracies you can lie with very few consequences. Obviously, you can also lie in a representative democracy but there are bigger consequences once you are caught. The main lie that helped bring about the Brexit referendum was that you can stop immigration from other EU countries without also losing market access.

Imagine that just before the American Civil War the southern states had voted for “Soxit” (Southern Exit). In a sense, South Carolina did just that. Congress wanted to send the army to squash the “rebellion.” The southern members of congress made that choice easy by leaving the chambers and not taking part in the vote. The situation started to deteriorate quickly, resulting in a bloody civil war where 620,000 lives were lost out of a population of 30 million. (To give some perspective, the present US population exceeds 300 million).

The promises of the Brexit faction were “simple” (as they almost always are with direct democracies): If we leave – we can control our borders. The money that we now pay to the EU will be redirected to the National Health Service (NHS). The subsidies that the EU is paying needed constituencies of the British economy will continue. We will be able to negotiate access to markets that will be as good as the one that we have now.

Clearly, these were convincing arguments and the British voted to get out.

Up to now, the most important post-Brexit indicator has been political chaos:

The two ministers directly in charge of negotiating the exit from the EU – Boris Johnson and David Davis – are Brexit supporters, but as of yet, they have not said much of anything.

Up to now the economic ramifications have been minimal:

According to BBC, there are several realistic outcomes for a negotiated settlement with the other EU members:

Bloomberg adequately summed up the present sentiment of the rest of the EU:

What are the 27 other EU countries hoping to get out of Brexit talks? Bloomberg reporters put that question to governments across the continent and came away with a web of priorities and red lines that can’t be crossed.

Several countries including Germany, Portugal and the Czech Republic say the U.K. must accept freedom of movement rules in return for single-market access, writes Bloomberg’s Alan Crawford. France may be ready to go even further and link free movement to Britain’s ambition of keeping the so-called passport rights that allow banks to sell services on the continent

Other highlights from the survey include:

Does the UK have an immigration issue that justified the Brexit vote?

Here are the key points as summarized by the Migration Observatory (a UK site):

The main conclusions: London, which has experienced by far the largest influx of foreign-born, voted overwhelmingly in favor of staying. Also, interestingly, the most common birth country of foreign-born is India, which will not be affected at all by Brexit.

Here are the comparable numbers for immigration to the US:

The trends are not that different and, in my opinion, the main issue that drove the Brexit vote is bogus.

The Brexit vote in England is perhaps not so important on its own globally but it is symptomatic of the dangerous tendencies of white nationalists both in Europe and the US to use immigration as a red herring, refocusing governments away from global concerns and toward local fear. In the Anthropocene era, when many of the local issues are governed by global trends, this shift justifies major concern.